Private Equity firms invested about US$763 million across 47 deals during the quarter ended September 2009, according to a study by Venture Intelligence, a research service focused on Private Equity and M&A transaction activity in India. While the amount invested during the latest quarter was during the quarter was significantly lower than that during the same period last year (which witnessed $2,581 million invested across 132 deals) and also lower compared to the immediate previous quarter ($964 million across 47 deals). The latest numbers take the total PE investments in the first nine months of 2009 to $2,360 million (across 140 deals) as against the $9,479 million (across 365 deals) during the corresponding period in 2008.

The largest investment during Q3 ‘09 was the $255 million investment by KKR (along with one of its LPs) to buy out Flextronics' residual stake in telecom software services firm Aricent. The deal accounted for a third of value of investment during the period.

Led by the KKR-Aricent deal, the IT & ITES industry registered 12 deals worth $340 million during Q2 ’09, followed by BFSI (8 deals worth $101 million). Shipping & Logistics, Healthcare & Life Sciences and Manufacturing attracted five investments each during the period. Education companies followed next attracting three investments worth $35 million. “In fact, Education and Logistics services stand out as among the sectors that continue to witness quarter-on-quarter growth in investor interest,” remarked Arun Natarajan, CEO of Venture Intelligence.

The continued rally in the public markets enabled Private Equity firms to obtain exit routes for their investments in 25 Indian companies during Q2 ’09, including two via IPOs (Adani Power and Pipavav Shipyard). This compares to 7 exits (including 3 IPOs) in the same period in 2008 and 16 exits (including 1 IPO) in the immediate previous quarter. PE firms continued to take advantage of the run up in the stock prices of their listed portfolio companies to book profits. The largest exit via bulk deals on the stock exchanges included ChrysCapital’s sale of $116 million worth of shares of Shriram Transport Finance. Warburg Pincus sold more than a 5.6% stake in insurance and healthcare firm Max India, fetching about $49 million. Other significant exits through the public martket route in Q3'09 include India Infoline (for Orient Global), MphasiS (Baring India) and Aurobindo Pharma (StanChart PE).

Venture Intelligence, a division of Chennai, India-based TSJ Media Pvt. Ltd., is the leading source of information on private equity and M&A transactions in India. 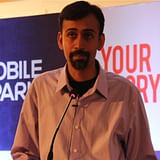 Coronavirus updates for May 28

7 out of 10 workers lose employment during lockdown in Karnataka: an Azim Premji University survey