YourStory is the proud online partner for the NASSCOM EMERGEOUT Conclave at Chennai. We have thus far featured 29 entrepreneurs as part of the Indian Startup EMERGEOUT Initiative by NASSCOM. Our coverage is set to continue through the conclave and after the conclave too.

YourStory specials for you

Phani broke into a less explored space in India. Bus travel is ubiquitous but no one imagined that this fragmented market will present a huge opportunity for technology. Phani, with the help of mentors, has established a viable and sustainable technology company that provides bus ticket services to customers and provides technology infrastructure and sales outreach online for bus operators. His success is an inspiration to entrepreneurs to explore opportunities that lie abound in this country of a billion plus people.

Sharad Sharma is the NASSCOM Product Chair. We had brought a four-part interview with him on his career, entrepreneurship, product software scenario, and the ecosystem roles he plays. He has provided exclusive views on how to start up. We will bring it to you on the day of the conclave.

Vijay Anand, new ventures chief at RTBI attached to IIT-Madras, is passionate about the startup space in India. His views are to be watched with the future perspective. We will bring you an exclusive conversation we had sometime ago with him. That will be right after the conclave to sync with the conclave’s theme.

YourStory’s Vaijayanthi caught up with Jessie Paul to know what frugal marketing is and how to build your brand with a frugal budget. We will publish that conversation right after the conclave.

Suresh built a PaaS company and has provided a cost-effective solution to enterprise applications. His story is the one driven by with sheer inspiration and passion to build a true institution that will address the real needs of customers. What makes Suresh different from the usual techie crowd is his humble origins and a down-to-earth approach. He is also actively involved with the Chennai ecosystem for entrepreneurs. He is easily approachable and gives practical advice to entrepreneurs. His success is sure to chase away the fear of failure in some. So we would bring a long interview with him right after the conclave so that the momentum that we built around the conclave lingers on and we sign off with a grand finale.

So watch out this space for interesting information.

Our coverage of the conclave will also fill your mind space.

Do check out these links on the conclave on YourStory

Gear up for the Conclave: a YourStory special, http://bit.ly/aMaJAc 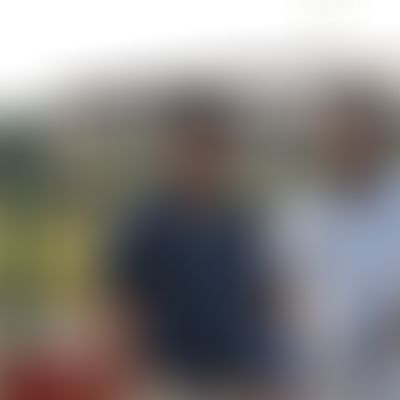