“Give Us a Million Dollar Idea, We Will help You Realiseit,”HarishVaidyanathan, Director Evangelism, Microsoft 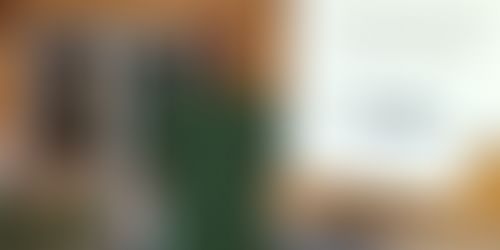 If you thought women and technology did not go hand in hand, it’s time you shed your age-old prejudices. At the App development workshop for women organized by YourStory.in in association with Microsoft, over 50 enthusiastic women developers gathered on a Saturday morning to learn more about building apps for the Windows phone, and more importantly they got pointers on how to transform their ideas into smart business enterprises.

While an App-development workshop may not be that uncommon, it was a first-of-its-kind initiative as it was organized exclusively for women. Why Women Developers?

In a freewheeling interview with Harish Vaidyanathan, Director – Evangelism at Microsoft’s India operations, YourStory.in finds out how women are playing an indispensable role in the rapidly growing mobile-app market and the opportunities that lie ahead.

“There are over 800 million mobile phone users in the country today. The transition to touch interfaces and plenitude of screens is almost inevitable. And, in most households, women are the ones driving the purchasing decision,” Harish explained.

After all, who can understand what a woman wants better than a woman? They not only bring in with them a unique perspective to the scenario, but also use their creativity to make an application more chic and desirable.

For Harish, who comes from a Statistics background, it has been an ‘intimidating’, yet ‘humbling ‘experience exploring the mobile market in India.

“This is an area, where we are not the leader. We really have to make our voices heard here. We know it will take time, but we also know we will nail it, just like we did with Xbox and other assets” said Harish, who has been working for Microsoft for over 12 years. We could clearly see his determination in the way he spoke and interacted with all the women app developers.

Amidst the dominance of iPhone and Androids, Microsoft may be a late-entrant in the mobile-app market, but it is gradually opening its Windows Phone platform to developers who can capture this new apps market.

When Harish is not busy scouting for blockbuster ideas, he is most likely hooked to gaming applications on his phone, and believes games are the next big thing in the app-market.

“Apart from games, I would say any locally relevant application is where the opportunities are. Indian customers want apps such as a Flipkart or Bookmyshow and more!”

For developers, Harish has only one thing to say, “Give us a great idea, that can make million dollars in revenue and we will help you realize it by tapping into the local software ecosystem in the country. From training to marketing, Microsoft is willing to support anyone who has that killer idea.”

At the workshop, Harish and his team from Microsoft gave women developers a hands on experience on how to build applications for the Windows Phone and shared tips on marketing strategies. Inspired by the overwhelming response at this workshop, Microsoft is looking forward to more such workshops throughout the country, with his eyes set on Pune next.