The Spirit of Internet Startups that have gone Public

Since the dot com bubble burst back in the 90s, we have seen a lot of companies that started out in dorm rooms and hostels that have gone on to become Multi-National Giants; Amazon, Google, and most recently Facebook.

India, on the contrary, is a tricky market. The basic frill that is the Internet itself is on slippery grounds. Until recently broadband connectivity was a rare thing, but with the proliferation of smart devices, the urban crowd, now, is hungry. There is a lot of potential in the Internet startup field. Startups like Flipkart and Makemytrip.com have done what seemed obvious, capture this consumerist market.

IPOs are a magical thing that lets your company float in the stock market and lets the general public trade shares and invest in your company. This is MBA 101. But is your company ready for an IPO?

A privately held company needn’t involve itself in all the bombardment that usually happens to these big public companies – they usually have a board of directors and need to answer and report financial on goings to the shareholders. It costs money to raise money. The legal fees and accounting fees associated with registering an IPO can run into a massive amount. On top of those costs, the rules for taking a company public are so complex that most companies have to hire experts to handle all the paperwork, and in India the process is that more complicated, most of us are happy with that “pvt ltd” suffix.

There are some profound questions that need to be addressed in the process, questions beyond the scope of this article. But IPOs aren’t all spice, there’s sugar too. At the end of the day, you raise money.

Let’s learn from some of the biggest IPOs that have been, and will be (Facebook).

I still think there is a little craze about Farmville on Facebook; chances are you would have played it yourself. The ‘Mafia wars’ was a riveting game in its own right. Riveting, that’s right.

They have illustrated what a fine startup is capable of. Their’s is a success story. Although they experienced a 5% drop in the market value due to the artificial scarcity that they tried to pull-off by releasing lesser stocks into the market, they are still raring and gobbling up the Social gaming market.

Social Gaming is a rage. I’d rather play poker with a friend than with a computer bot. Zynga made that happen. They took a wobbly online social gaming platform to stability and inspirational following.

At work, like on the soccer field, Mark Pincus, CEO of Zynga is full of energy, takes every game very seriously and never gives up, they say – There’s the spirit of a startup.

This is the brain child of Deep Kalra, the man that took an idea, and built an empire over it. Kalra was amazed by what the Internet is capable of and also thought about the difficulty of travelling in India. Add them both, and you get makemytrip.com, India’s first genuine travel management web portal.

Deep Kalra filed a US IPO with the SEC in 2010. He managed to raise USD 70 million by selling 5 million shares at USD 14 each. The company made revenues of USD 83.6 million in 2010, and the two major sources of revenues were Air Ticketing, and Hotels and Packages, with Advertising contributing as well.

In a Techcrunch exclusive Sarah Lacy says “The commitment that Deep Kalra has shown to his startup is at the level of stubbornness.” – That’s the spirit I’m talking about, Commitment.

Will Flipkart go the Makemytrip way?

“It happened six years ago, but I still remember every detail of our journey to becoming a public company. It was a uniquely ‘Googley’ experience that to this day says a lot about who we are”, said the Google Co-founders in 2010.

Google filed its IPO in 2004. Managed to raise nearly a billion dollars, and is now one of the biggest companies in the world. [Read: Google literally went from a small private start-up to a tech giant overnight]

An excerpt from the Google IPO filing, which Larry Page had hand-written:

“Google is not a conventional company. We do not intend to become one. Throughout Google’s evolution as a privately held company, we have managed Google differently. We have also emphasized an atmosphere of creativity and challenge, which has helped us provide unbiased, accurate and free access to information for those who rely on us around the world.”

Read this excerpt from wired.com:

‘One afternoon about 12 years ago, Larry Page and Sergey Brin gave John Doerr a call. A few months earlier, the Google cofounders had accepted $12.5 million from Kleiner Perkins Caufield & Byers, Doerr’s venture-capital firm, as well as an equal amount from Sequoia Capital. When they took the cash, they agreed that they would hire an outsider to replace Page as CEO, a common strategy to provide “adult supervision” to inexperienced founders. But now they were reneging. “They said, ‘We’ve changed our mind. We think we can run the company between the two of us,’” Doerr recalls.

Inspirational, Spirit of a start-up written all over. Larry Page, CEO, Google as of now believes Google is still a start-up and the productivity that is being churned out at Google, is just mind-blowing. It takes passion to run a company, passion and love.

This is the talk of Wall Street. Facebook’s IPO is being termed as the technology paradigm shift of the year. Reportedly, they will raise about 10 Billion USD in their IPO, which is not a joke.

The social networking giant is expected to set records in terms of demand from investors.

But the most successful young technology companies have a history of doing things differently. Google's IPO prospectus contained a letter from its founders to investors that said the company believed in the motto "Don't be evil".

Facebook has something similar up its sleeve. In the SEC filing, Mark illustrates his move in some stunning info-graphics:

Simply put, Facebook is expected to raise as much as USD 10 billion, which will value the company at USD 75 billion to USD 100 billion, making it one of the biggest ever IPOs.The stock usually starts trading three to four months after the filing. The highly awaited filing will tell us how much Facebook is prepping to raise.

Essentially though, Facebook is still a start-up, they play a lot with their code and back-end, and they recently came out with the Open Graph Protocol which is the heart of what is powering Facebook.

Now I can listen to the same song my friend is listening to on Rdio (Another brilliant start-up).

Start-ups need nurturing, but there’s a subtle point here that we are missing, an idea implemented perfectly is all it takes to rise up the ladder, there are probably hundred other companies that do the same thing as you do, but what sets you apart?There’s the spirit and enthusiasm of a start-up, and the maturity and stability of a corporate, the perfect mix of both is a success story. Successful entrepreneurs are almost stubborn in their commitment to be in the position they are.

Facebook is well on its way to becoming another successful IPO story. What’s your story?

Disclaimer: This article is my honest opinion and has been written with facts that are correct to my best knowledge. All references are quoted. 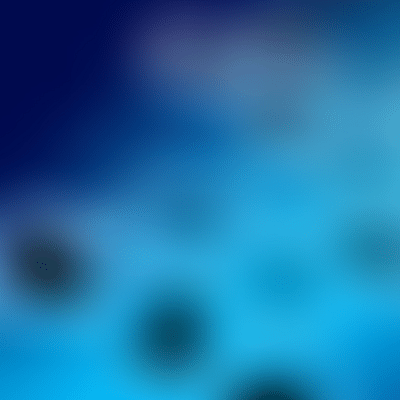