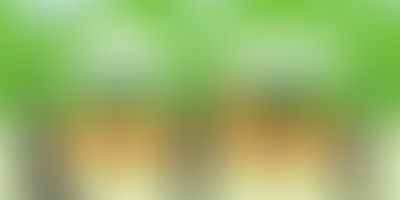 Education is the space where open source technology can have maximum impact. Foradian Technologies is one such startup that is building open source web applications to revolutionize the global education market.Foradian is a technology company from India that is hoping to make an impact through their product Fedena. Fedena is a free and open source web application for schools and colleges which is basically a simple student information system but can be converted to a full-fledged ERP through the installation of different plugins.

The founding team members of Foradian were classmates and friends from childhood. “We were working in different companies after our degree courses. We decided to do something on our own and started Foradian. We started the company first and then narrowed down the sector to focus and decided the product to develop,” said Unni Koroth, co-founder, Foradian.

“The name was given by founding team member Vishwajith, who got the term radian from the index of our engineering text book "Antenna Theory" and suggested "FORADIAN". Then we found that Forad meant ‘Chillax’,” he added.

The Foradian founding team is 8 people strong; 5 of them have an engineering background and 3 have MBA degrees. Unni believes that the reason behind Foradian’s success is the diversity in experience and the professional network of the founding team.

“We have raised around 70 lakh rupees till now. It was not a onetime investment. We raised the amount over a period of time in the past three years. We developed Fedena by generating revenue from our web and brand development services,” said Unni.

The current focus of Foradian is Fedena and its allied services. As Fedena started generating revenue, they slowly phased out web development services in the second year and brand development services in the third year. “With the next version of Fedena, we will be implementing a marketplace for plugins and e-learning content. Other innovative startups in the education sector can create their plugins for Fedena and can reach out to our customer base. We will open up our api and customer-base for innovations which can add value to the stakeholders of the education system world-wide,” informed Unni.

Foradian is currently working on a learning management system, which they have code named HoneyBadger.

Fedena is a multipurpose school and/or campus management software, which is used by thousands of educational institutions worldwide for all administration and management related activities. Fedena is suited for educational institutes of all kinds like schools, colleges, universities and training centers. It can be used to manage students, teachers, employees, courses and all the systems and processes related to running the institute efficiently.

“Each and every education institute needs management software. If you study this market, you can see that there is no monopoly in this sector,” said Unni.

He further said that the problem is that this market is ruined by two issues;

Fedena Opensource gets over 200 free downloads every day. Fedena is used in more than 40,000 schools and colleges worldwide. Fedena is suited for e-governance projects in the education sector to automate the system processes of the education departments of governments.

Fedena is being used in different kinds of schools like seminaries, online schools, business schools, sports schools and universities. One of their clients, Aditya Group of Institutions, Andhra Pradesh, uses Fedena Multischool solution to manage over 50 institutes consisting of schools and colleges in different streams. Their major customers are from developing nations of South America, Africa and Asia.

“Major challenge is the customized requirements. Each and every school/college operates in a different way and demands changes in the software,” said Unni. He further added that this is not a profitable way of doing business as it is very difficult to scale. Schools and colleges can’t pay for services in man hours.

This is the reason why Foradian decided to tweak Fedena and make it plugin friendly. So Fedena can adapt to the requirements of different customers with minimum customization.

Another challenge was identifying high quality Ruby on Rails developers. To solve this issue they hired freshers with good coding skills and trained them in Ruby on Rails.

They have plans in place to scale the business as it has proven to be profitable. They are working on building relations with more partners around the world to resell and distribute Fedena. The Foradian team will be shifting to a new Bangalore office and is also looking at raising more funds.Currently, Ruby on Rails is the core technology.

Fedena is developed with Ruby on Rails 2.3. The next version of Fedena will be on Rails 3.1 and HTML 5.0. “We are also considering front end javascript frameworks like Backbone.js and Ember.js to spice up the UI/UX. We are confident about using MySQL as the database. It is delivering up to our expectations in large scale projects,” informed Unni.

Foradian thinks that EduStars is a great initiative. “The one to one interaction with Accel was the best part. We got a lot of valuable suggestions and feedback. We are implementing some of them this month itself,” said Unni. He further added, “I want to express my gratitude to the YourStory team for this initiative. It will be beneficial to all the education startups in India.”

YourStory thinks that Foradian is an interesting startup and Fedena is a service which can radically change the way education is controlled in India.

If you are an educational startup and are looking for access to mentors and visibility, then apply for the EduStarsProgram.