Creating Excitement When Launching Your Product

On April 1st, 2004, Google announced that it was launching an email service with 1 GB of free storage. It was announced alongside other April fool’s jokes like announcing the opening of a Google office on the moon. On April 1st, the tech press thought it was a April fool’s joke, and reported extensively on what it thought were two pranks - the moon office and the email service that had 1 GB of free storage. On April 2nd, the email service announcement stayed up, and people slowly realized that Google was not kidding about Gmail. It was really going to give away 1 GB of free storage (which was a huge deal in 2004). This “non-prank” prank generated even more hype which gave several days of invaluable press to Gmail, which built up huge anticipation, contributing heavily to Gmail’s success.

As this example illustrates, timing your product launch is critically important. Managing the process of announcements, releases and the actual go-live has to be timed perfectly, to ride the media wave and gather as much momentum as possible during the first few days after launch. This time is critical, and you need a plan to manage this.

You need to pick a time where your product area will be in the media’s attention, but it should not be drowned out by something else. For example, let’s say you’ve created some Hindi language voice-recognition software, and want to launch it on Independence day to take advantage of the “India” press coverage. Is it a good idea to launch on Aug 15th? If you do, there’s a large risk that you’ll get drowned out by other media coverage, and if someone decides to announce a new missile or a new successful nuclear test, then your story will get lost. The best time would be to launch just before Aug 15th, when the media is usually running stories like “successes in the field of innovation” where you can get maximum relevant coverage.

Days before major holidays are great. There's usually lots of hype before valentine's day, mother's day and every such day. Avoid dates during major sporting events, but if you are launching a sports-based product, then these days could be golden. If you are looking for coverage in newspapers and traditional media, then weekends may be better, since people tend to read papers more leisurely. If you want online attention, weekdays are the way to go. There are lots of permutations and combinations, and you need to think what works best for you.

Have you wondered why movie producers do movie premiers? They seem to spend a lot of time, energy and money showing movies to critics, news reporters and other stars before the release. I think premiers serve two important purposes: One, it lets the media report on the movie just as it is coming to the theatres, building up mind-share at launch. Two, it serves as a great relationship-building exercise with the media and critics. A movie producer needs to keep the opinion leaders in good humor, so they can say can comment about their work, urging their followers to see the movie.

Software products should use a similar process by running a closed, invite-only beta or preview program for a short while before the actual launch. Apart from the above benefits, software products have the added benefit of giving you an outside perspective of how the product will be perceived. It also gives you some time to fix problems and make small corrections. It is critically important to have a preview program, as it hits all the right spots in terms of collecting feedback, building excitement among opinion leaders and giving you time to fix problems.

Discuss your vision, not what you are launching

People love big ideas. Especially the media, bloggers and the tech press. When you’re discussing your product with them, it is important to give them the big idea – talk about your overarching vision and how you will solve the world’s biggest problems - even if what you are launching is modest. People will understand that your current launch is the first step to the big vision. If you just talk about what you are launching, there is a big risk that it will come off as underwhelming. Another advantage of talking about the big idea is that now your users will feel like a part of your big vision – rather than just users, they’ll see themselves as helping your product solve the big problems.

The company called “Planetary Resources” did this brilliantly. They “launched” themselves last month, by talking about their grand vision – To mine near-earth asteroids. Their vision is to launch automated mining robots to these asteroids and bring back platinum and other precious metals. They also talked about a plan to capture an asteroid in moon orbit to make it easier to mine.

As expected, the world’s media went gaga over their announcement, and gave them enormous coverage. But what are they actually launching when they made the announcement? They announced plans for a telescope to look for candidate asteroids. Much smaller than what they were talking about in their vision, but no matter – Now we know it is a part of a grand plan to solve big problems, and it got everyone excited.

If you plan and time your launch correctly, you can create huge initial momentum that can get your product over the initial teething phases and acquire tons of users in one shot. As everyone knows, getting the first set of users is probably the most difficult (and most important) part of the journey of any product, and it needs to be a part of your launch plan, rather than something you do after launch.

On similar lines, you might want to read about how to create user engagement and also what to do if your customer is angry. 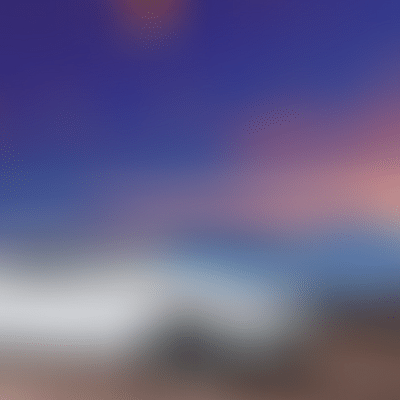