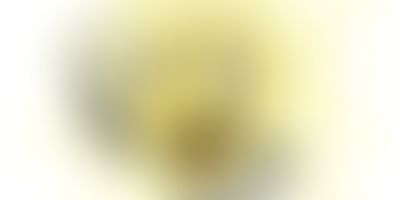 [The article is a comparison between Indian startups and the western counterparts and what makes ideas click]Right after Facebook acquired Instagram for a whopping $1 billion, there were a lot of speculations and gossips. “This is just crazy” is a common reaction one might get when discussing this topic in India. I mention India because there have been some valuations and some very good startups but we haven’t seen a monstrous success. There is an underlying reason behind the inherent bold nature of startups in the US. The country has a long history to prove that revenue is never a problem in selling so called ‘crazy’ ideas. Some of the examples are Google, Facebook, Twitter, Youtube, Hot Potato, Foursquare, Friend.ly, Lightbox, Dodgeball, Milo and there is a large list of ideas which at the face of it looks ridiculous but it definitely gets it worth.

“Having a large number of users and the inability to monetize them is a non-existent problem.” People talk about it all the time, but it doesn't really happen—at least it doesn't happen in today's world. There are internet companies that went out of business because they were losing lot of money, but I think usually they didn't “really” have a lot of users. If you have users you have business.

Does that mean that anyone can start such crazy ideas? Absolutely not – that’s a big misconception and many have fallen for it. People have tried their hands on desi version of Twitter, Facebook, Instagram, Gumroad, etc. Read further before you attempt any of such crazy ideas.

Sahil Lavingia the guy behind Gumroad after living in Singapore, Hong Kong, London and New York, decided to go to the Mecca of innovation - Silicon Valley. He made a modest attempt at going to college, enrolling at the University but within a semester, he dropped out to join Pinterest as its main designer – one of the founding team members. Before Pinterest, he helped build a number of successful smart phone apps like Turntable.fm and co-launched the file sharing site Crate in 2010. In his early school days, he bought the site WatchtheConcords for 400 bucks and within two days, started making 100 bucks a day of it. A month later, he went on a marketplace and sold the site for roughly $8,000.

A look at Foursquare founder Dennis Crowley’s LinkedIn profile offers some unique insight. Before starting Foursquare, Dennis Crowley worked at/for Vindigo, Pac Manhattan, ConQwest, area/code, and founded Dodgeball. If you know about these companies, you will realize that he spent almost ten years on trying to perfect the way people explore cities. As they say, it takes years of hard work to achieve overnight success.

They do it on their own:

How big is the team you think you require to give birth to your business? We all know how many engineers were required to build Facebook – one. Instagram was also built by their founders; only 2 guys. Even when the company scaled, and the company's financing gave the opportunity to hire more employees, the founders kept the company super-lean. By the time, Instagram had about 1.75 mn members, uploading roughly 290,000 photos per day, the company had fewer than 10 employees. "For better or for worse, I've done most of the pixel pushing in our app," Systrom wrote on Quora in August of 2011.

‘I didn’t want to hire anyone until I had some amount of traction.’ wrote Sahil Lavingia on his blog after he got seed funding for Gumroad. As per reports, Gumroad is still a 3 member start-up.

And how much time do you think Systrom and his partner would have spent on developing the application. Much of the code for Instagram was taken from ‘Burbn’ – his earlier venture. Though Burbn’s code took months to develop and refine, Instagram app itself took about 8 weeks from start. Sahil (Gumroad) spent the whole day Saturday, and the whole day Sunday, building Gumroad’s first version – picked up the domain name and it was ready to go – just 2 days.

This is an area where most of us would be interested. People in US have an astonishing access to easy cash. And yes, it’s probably ‘easy’ to obtain at least the seed capital. When the founder of Instagram visited a cocktail party of one of the start-ups in Silicon Valley, he got an opportunity to meet two people from Baseline Ventures and Andreessen Horowitz. One of his colleagues from Google, where he worked earlier, made the introduction. Systrom writes on Quora, "I showed [them] the prototype, and we decided we'd meet up for coffee to talk about it. After the first meeting, I decided to take the dive and leave my job to go solo and see if Burbn could be a company. Within two weeks of leaving, I raised $500k from both Baseline and Andreessen Horowitz, and started work on finding a team."

Every single investor in the Valley knew what Pinterest was because it raised a significant amount of cash. Because of Sahil’s experience at Pinterest, as one of the founding team members, and his other ventures; he already knew a lot of investors there personally. They committed to the round as soon as they were approached. It took around two weeks for Sahil to raise the required amount ($1.1M).

The success of ventures is all about the culture of the Silicon Valley, driven by a tightly woven web of entrepreneurs and investors who nurture one another’s projects with money, advice and introductions to the right people. Golden words - The relevant social ties are directly correlated to success.

The US has a very matured market. When Instagram went live, within minutes, downloads began pouring in. They crossed 10,000 users within hours; at the end of day, it kept growing so much that they had to rush into the office next day to add capacity to the servers. After first week of launch, Instagram was downloaded 100,000 times; another week passed, and another 100,000 people had downloaded it. By December, the community had grown to a million users. Other than the social ties, there are multiple reasons why Instagram got initial traction; few of the prominent ones are - after three weeks Instagram was app of the week in US and a week before, it was featured in Japan as New & Noteworthy app.

After launching Gumroad, Sahil tweeted and posted it on Hacker News which got 50,000 page views on the first day. People commented on its commercial model, technology, UI and probably everything related to Gumroad. During his early days, before Pinterest, Sahil did a project to keep track of all his notes. Idea conceptualization, development, blogging, hacker news, tweeting all happened in two hours. It resulted in over 20,000 visits and 10s of thousands of notes created.

Finally how did they make it so big?

I think a difficult part for a start-up is over. Idea conceptualization, development, team, seed money, and traction are probably the toughest things for starting such crazy ideas. After an initial traction, investors there don’t hesitate to put in big amounts, and I am dead sure that Investors in India as well will be more than happy to support a multi-million user base app / site with no revenue. Remember, having a large number of users and the inability to monetize them is a non-existent problem. After the seed round, Gumroad got $7 million funding in May, 2012. Likewise, after the seed round, Instagram got $7 million funding in February, 2011 and $50 million few months back and a recent $1 billion acquisition.

Pallav Parikh, a corporate professional with 10 years of experience intertwined with 3 attempts at starting up. Pallav is an avid reader about the startup space and especially in the internet domain.