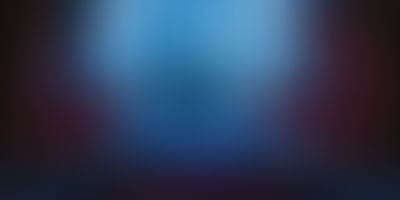 Rumours are flying thick that Google is going to announce the Nexus tablets this week. This project apparently has been in the works ever since Google acquired Motorola, and we'll get to see what exactly Google has planned for an "iPad killer" this week. In fact, there is also some speculation that Microsoft moved up the announcement of the Surface tablets so that they could announce it before Google's Nexus tablets - In an attempt to steal Google's thunder. When companies start fighting such petty battles, you know it's going to get a lot of fun!

Anyway, the slate of announcements and all the new hardware that is going to launch later this year will mark a dramatic change in the ecosystem going forward. There is going to be a lot of flux in the smartphone and tablet market for the next couple of years as the biggies fight it out. It is clear that there cannot be so many players in the market - Apple, Google, Microsoft, Samsung, RIM, Nokia and all the 100s of small and large handset manufacturers. There's a big shakeout coming, and here are some predictions for what's going to happen in the next couple of years.

The intense competition that is coming to the tablet market means that Apple is going to loose marketshare in the tablet space, just like it did with iPhone to Android. But not worry, the insane profits that Apple makes on each iDevice will continue, making everyone else hugely jealous of Apple. You see, Apple has locked in huge amounts of supply for the next several years - Chips, retina displays, memory, solid-state storage and more. This is a very smart move that Tim Cook made several years ago, and has resulted in Apple getting all its components at a much cheaper rate than what the competitors can. Apple continues to use this advantage by pricing its phones and tablets very competitively, forcing competitors to match its prices. But that means everyone looses money on the devices while Apple continues to make bucket loads of profit.

This is something Apple has foreseen and has been working on. Another good bet is that Apple launches a beautiful new consumer device. My money's on a TV. Apple then storms the TV market, making even bigger profits and grabbing marketshare in this area to make up for the declining sales of the iPhones and iPads.

Samsung's relationship with Android has been very tentative. Sure, Samsung is the largest maker of Android phones, but the problem is that Samsung doesn't really trust Google with Android. For years, Samsung has kept its on mobile OS - Bada - on standby, just in case Android doesn't work out. But Amazon has shown that there is another option - To fork Android and to make an OS that works tightly with its devices. Samsung must be desperate to go beyond the low-margin hardware and device business, and must certainly be eyeing this strategy. This strategy is probably going to be expedited with Google's completion of Motorola's acquisition.

Samsung is certainly unwilling to just sit on the sidelines just looking while Google takes Android to where it wants with Motorola. Sooner or later, Samsung is going to decide it's too much to take and go it alone.

The main problem Google is having with Android tablets right now is that OEMs are unable to match the iPad in terms of both quality and price point, because Apple has locked up so much of the component supply. The only way Google can competitively price a tablet is to cross-subsidize it with revenues from the Google Marketplace and Search Ads. Which means it has to own both hardware and software, and use the software to subsidize the hardware. This means Google will undercut the current OEMs - HTC, LG, Samsung and the 100s of others in price. Which is going to anger the OEMs no end.

Unfortunately, though, the OEMs don't have much of an alternative right now. They can side with Samsung, or maybe even Microsoft. Or they make a big bet with a white-knight like Facebook with the much-rumored but never-seen Facebook phone.

RIM and Nokia are dead

RIM and Nokia are on a path which leads to a dead-end. Blackberry is on a steady decline in the western markets, and the growth in the developing world is not enough to cover up the massive losses in marketshare and revenue RIM is experiencing. Nokia has the same problem - it is simply unable to get a phone to be popular, despite the rather good-looking Lumina lines. Nokia's last hit was the N95, and that was over 5 years ago!

Nokia and RIM probably are going to get sold - To either Microsoft that is looking to gain some hardware manufacturing capability or to someone that is looking for a way into the market like Facebook. There are lots of players here - Nintendo, Amazon, Qualcomm, Intel all have ambitions in the phone/tablet space, and may just snap up one of these companies as a way to enter the market.

Microsoft is the wildcard

Microsoft needs to do something radical to move out of its comfort zone of selling to enterprises. With Windows 8 and the Surface tablets, Microsoft is making a bold bet, but it remains to be seen whether Microsoft has the stomach for the much messier consumer market.

As with the XBox, Microsoft has shown that it can be done - It can win with a consumer device. But that road is long and torturous, and Microsoft may not have the stomach for that fight. On the other hand, Microsoft has the cash to fight a long and protracted battle.

My prediction for Microsoft is that it will get some traction with Windows 8, but Microsoft needs to do something unconventional and outside its comfort zone to really win with consumers. Microsoft will need to change its image of the stuffy-office-software maker into a cool, hip company that makes sexy devices.

The mobile space is moving so fast, that is sometimes hard to see what's happening. While the macro trends are clearer, there are lots of chances for a huge disruption in the market by a small startup that hits on a big idea. All said and done, this is going to be a very interesting area to watch.