The 36-hour Hacking Marathon was held over the weekend at Innoz with developers creating over 200 apps, of which the best ten apps were shortlisted and presented. The 55444 Hackathon was organized by Innoz, an exciting venture on mobile and wireless innovation, headquartered at Koramangala, Bangalore. The Hackathon was held to foster hacking culture and bring together hackers from all walks of life to collectively build meaningful apps. With companies like Flipkart and Slideshare leading the way Hackathons, the culture is being bred pretty well.

Participated by over 100 developers from various cities, Hackathon was a first of a kind experiment to show how innovators can use a SMS platform to develop amazing applications for the masses.

The final day presentation of the top 10 short listed apps kicked off at 5pm on Sunday, July 15 and included some very interesting ideas that were not only innovative and creative but also very helpful and handy to the users. Some of the short listed apps included “#Expense,” an app that allows you to text your expenditures as and when they occur to the 55444 platform automatically storing the data on an online database, “#mmony,” an app allowing users to access the matrimonial database via sms amongst others.

Li2 Innovations a robotics company, who also participated at the Hackathon as a group entry, came forward and presented their project. A device that monitors the patient’s heart beat was programmed to send a sms alert using the 55444 platform to the nearest hospital or doctor in case of any irregularities in the patient’s heart beats. The project was aptly named Less 3 which if put into symbols shows a heart like so <3.

An app that allows its user to search for apps within the apps store. The user just needs to text in the category or the type of app they are looking for and will get the responses with all the options available.

an app for college students to help them keep a track of the number of classes they have attended or bunked. With strict minimum requirement attendance rules in most colleges, this app would work wonders for the students.

An app that allows users to encrypt their messages for complete privacy, very useful when confidential information needs to be exchanged via sms.

An app to help bring social networking via sms, especially great to use with college or school campuses.

Sharing his views, Deepak Ravindran, CEO Innoz said, “I was amazed by some of the ideas presented here today. Most were extremely creative and innovative, yet very simple. The best thing about the apps presented was that they all addressed a particular need and proved to be useful if ever materialized. This is just the beginning; we look forward to conducting more such Hackathons in other metros and slowly developing the hacking culture across India.”

The final day of the Hackathon also witnessed a presentation by Lakshmi Pratury, the woman responsible for bringing TED to India. Mrs. Pratury addressed the audience with deep and thoughtful insights and was also one of the judges responsible for the selecting the best four apps. 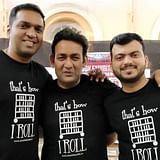 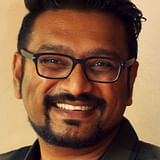