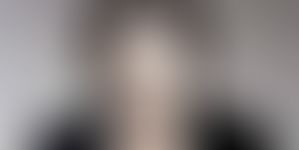 Bollywood looks to crowdfund for a cause

After the likes of Hollywood A listers Edward Norton , Kevin Bacon and Matt Damon it is Bollywood who has taken the initiative to use the internet to bring more than needed attention to the charity space in India. With the growing influence of social media and the internet in a fast growing and young Indian population, Actor Kunal Kapoor has launched Ketto along with Varun Seth, a first time entrepreneur. Ketto is an online 'giving' platform where you can start giving with as less as Rs 100. Kunal with the help of his friends and his agency Kwan foundation looks to bring individuals and corporates from all fields together to support their favorite causes and add ‘fun' in fundraising. Varun has previously worked for social causes and is very much clued into the area as well.

Kunal says, "Over the years I've had a chance to work with a number of charitable organisations like save the children, Akshara center and Mijwan Welfare Society and seen the difference that they are making. At the same time I constantly come across people who want to contribute and help but just don't know how to go about it and that's how the idea of Ketto was born. I wanted to create a platform, that gives people a chance to connect to and support different charities, anytime and from anywhere. And with funds donated reaching $400 billion in 2011 globally, I feel a lot more of these funds can be driven to Indian NGOs if the there is an easy and safe platform available."

Ketto was launched on Aug 15th, 2012 and is looking to partner with multiple brands to raise funds for the 20+ charities listed on its platform. Most recently, Ketto has partnered with Mijwan Welfare Society, an NGO run by Shabana Azmi for women’s empowerment, as well as Ogaan Cancer Foundation’s initiative for Breast Cancer Awareness. They haven't been aggressive on promotion till now but will be aggressive now and will try and raise around INR 80 lakhs in the coming year.

Talking about Mijwan’s alignment with Ketto, Shabana Azmi says, "Earlier Mijwan Welfare Society did not have access to raise funds online, but with the growing influence of the internet, we felt it was the right time to get on. We wanted to reach out to the youth and the mass at large and raising funds online is a part of it. Ketto has provided a platform for Mijwan and other NGOs to raise funds from all over the world in an easy and safe way. I am certain this is the way forward".

Ketto is a celebrity driven online support network which brings individuals closer to the cause they wish to support. Ketto aims to mobilize the Internet to multiply the efforts of the philanthropic community, both by making online giving and volunteering easy and safe and by enabling nonprofits to increase their capacity and their effectiveness.The main objective of Ketto is to bring Individuals, Corporates and Organisationtogether on one common platform where they can share ideas, create campaigns, create awareness, fundraise and voice their opinions.

A very clean UI, good cause and the power of bollywood, there's nothing to stop them from doing good.