"Indian SMEs are looking to get a foothold in Asia" - Edmon Chung, CEO, DotAsia Organisation 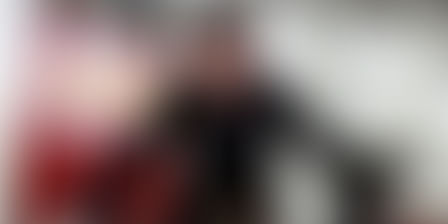 In the last 6 years, there have been a lot of geography-specific top-level domain names that have been in the offering. This has done a great deal for a lot of local businesses as names which would have been taken under the .com domains were available again under different domains, helping them vastly with their online presence and marketing.

DotAsia is one such option for organizations with an Asia outlook. It was approved by ICANN on 19 October 2006 and it serves as a regional domain for

companies, organizations, and individuals based in the region of Asia, Australia, and the Pacific.DotAsia is a non-profit organization, where most of the profits from the sales of the .asia domain go to community causes centered on the internet. Here, we chat with Edmon Chung, CEO of the DotAsia organisation, on the topics of business, community, trends and plans for India.

EC: Well, DotAsia’s benefits are twofold. Firstly, using region specific domain names is not a good idea in all places. For example, it is not a good idea for a Japanese company to come into China using the .JP domain and vice versa. So using the .asia domain gives an organization a somewhat neutral name and it also speaks about the company’s focus area.

The second reasons is to do with search engine optimization. Many people don’t know that Google ranks top level domains higher than .com domains for a local search. For example, in India, the .in domain is ranked first, .asia second and .com third. This is the case in all countries in Asia where the region specific domain name comes first and then .asia. So being second in every country in asia, cumilatively gives it the highest SEO rank for an Asia based business on Google’s search engine.

YS: How has the adoption of this domain name increased over time and what are some key factors affecting it?

EC: The adoption for .asia has been steady and growing organically over time. While DotAsia Organisation is a not-for-profit initiative, the income from domain registration is essential for the sustenance of our mandate. The general growth of the Internet, especially social media, businesses coming online, e-commerce and games have been important forces. Among all of the factors, search marketing and online advertising growth are probably the two most

significant drivers.The general economy also plays a role. In fact, it has been shown by industry studies that the domain market leads the stock market slightly in its upward trends. Some theorise the acquisition of domain names for new products and new initiatives foretelling the upward swing for the market. The integration of the marketplace, such as the free trade agreements entered into by the ASEAN countries

Small and medium sized businesses who are leveraging the Internet to expand their business regionally are especially drawn to .asia. We are seeing many SMEs utilize their own ccTLD (e.g. .jp in Japan or .in in India) for their local market, and adopt .asia when they expand out (e.g. a Japanese company expanding to China, or an Indian company expanding to Singapore).

YS: What are the community projects that the DotAsia Organization is currently running?

EC: DotAsia supports a range of community projects that promote Internet development and adoption for social and economical growth in the region. We support 2 grants fund: Digital Solidarity Fund which supports digital inclusion projects, and Information Society Innovations Fund which funds technical research and development projects that bring social impact. We also support the One-Laptop-Per-Child initiative to send laptops to children in rural villages around Asia.

Our two flagship community projects include: 1. NetMission.Asia , which is a youth volunteer program with a focus on digital inclusion and governance projects. NetMission Ambassador alumni had implemented projects that have become a core lineup of DotAsia's programs: YIGF Camp an annual multistakeholder role playing training camp for students; and NetY a program targeting secondary school students and in partnership with YMCA; and 2. Go.Asia, which is an online platform promoting volunteerism with a belief that every small act counts. The program is also home to Relief.Asia which is a disaster relief and rebuild resource initiative, Jamie Oliver's Food Revolution Day and the Mandela Day initiatives in Asia.

YS: Is it difficult to hire people for a hard core business that works for a community cause? What is DotAsia’s hiring policy?

EC: Thats the first time I’ve ever been asked that! But it is a challenge for us and the right combination for us is someone who knows the community impact of DotAsia and at the same time they must be business savvy, as that is what will sustain us. We’re looking for people who look at this marriage as an opportunity and a challenge rather than a conflict. and our 15 member team is exactly that.

As a part of our hiring policy, all our employees have to spend some time volunteering for us before they can come on board full time.

YS: What is DotAsia’s presence in India so far? How has that experience been like?

EC: We work closely with our registrar partners around the world wherever we promote the .asia domain. DotAsia currently has over 150 accredited registrars worldwide. In India, we work with 8 accredited registrars, who in turn connects to thousands of resellers and domain storefronts. From what we have seen, SMEs are the biggest buyers of .asia domains from India. These are essentially SMEs looking to get a foothold in Asia.

Previously during the Cricket World Cup, we implemented a special promotion giving away an iPad for the reseller who obtained the biggest percentage increase in new .asia registrations in the month, while registrants were entered into a luck draw for an iPhone. Understanding the price sensitivity of the India market, we also implemented different point-of-sale discounts to stimulate adoption and awareness for the .asia domain.Looking to the future, we are working closely with registrars to implement more exciting pricing and value promotions for .Asia domains. In addition we are on the lookout for more domain related events in the region to be part of in the coming year.

EC: India will be an important market for us. With the tremendous potential in search engine marketing and search engine optimization growth, we believe that domain names will see a significant uptake in India and across Asia. Domain name as an SEO tool is still a relatively new concept for the Asia market, but it has been fueling the continued growth in the US and European markets for the last decade. We believe this trend is now arriving into Asia. Another key development is the recognition of domain names as a brand and as an address for facilitating customers to find your business online.

Besides India, we see a strong latent demand for Asians abroad, e.g. in the US. The Asian American market is tech savvy, affluent and proud of their Asian heritage. Both marketers targeting the Asian American segment as well as Asian Americans themselves can find value in the .asia domain.