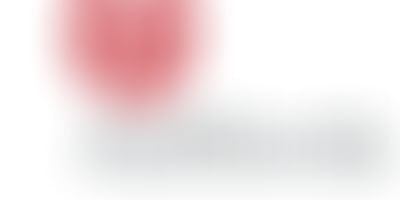 “It is a known phenomenon that images on Pinterest go viral quite often as users tend to repin(share) the images on their own boards. Viraliti taps into this opportunity and makes the visually appealing ad campaigns go viral,” informs Anikendra, co-founder of Viraliti. “As the destination url remains the same even after repining, so advertiser has an added advantage of reaching out to new demographics and generating more traffic and sales,” he adds. Viraliti thus is the adwords of Pinterest. While Anikendra is a IIT-G passout and has worked with various MNCs and start-ups like Jabong, the other co-founder Kumar Abhinav is a designer who has worked with companies like Naukri.com and Limelabs. The third cofounder Amev Burman holds an M.Sc degree in advanced computer science from the University Of Sheffield, U.K. Coming up with the prototype in just one night, the team presented before the panel of the startup acceleration program at Tlabs, and later got selected too. The first version of their product was ready in another 11 days and they have raised a seed fund of 10 Lakhs INR to propel the growth.

Viraliti runs on a CPC model that is advertisers will be charged for every legitimate click. The cost per click (CPC) for a publisher is decided based on their influence on Pinterest. So, a pinner who has more followers and generates more likes, comments and repins on their pins has more possibility of generating a sale and therefore will get higher CPC.

One might argue that the interest around Pinterest has hit a plateau but Viraliti believes it to be a hot destination for internet marketers. "Pinterest has recently launched it's platform for business and is therefore aligning itself more towards brands and marketers. Pinterest also opened it's platform for open registration and is no longer in invite only mode and we can certainly expect the growth to continue for months to come," adds Anikendra.

Viraliti has competition from the recently launched Pinbooster who has a pay per post model. Anikendra doesn't consider it to be a scalable model is not worried much about competition. Detailing on the subject, he adds, "Established player like Mylikes can soon come to the foray and be a competitor while Pinterest itself will certainly launch it's own ad network sooner than later. This is the very reason, Viraliti wants to become the one-stop marketing solution for Pinterest and social media in general in coming months and has several user engagement tools for Pinterest and Facebook in it's product roadmap."

With interesting features for both, social media influencers and advertisers, Viraliti has an a strong case.