Man on a mission to walk 20,000 km in India- Max Chandra takes One Step at a Time 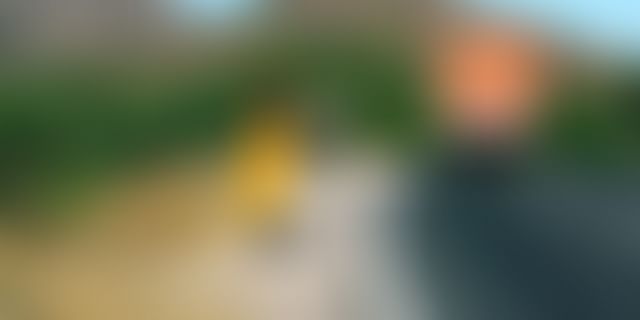 Max Chandra is not a common name and neither is he an ordinary man. Born in Germany to an Indian mother and a German father, Chandra lived most of his life in the UK. He didn’t get a chance to come to India until much later in his life in 2005, arriving as the CEO of a company from the West.Chandra’s mother was born in Bangalore where they had their ancestral house. As a professional in London, Chandra led a very comfortable life for more than 15 years which he could have continued but he couldn’t get over the spell that India had cast on him. On his return to London after his first visit, Chandra resigned and planned to settle in India. He made Goa his home and stayed there for a few years. “But I always had a feeling that I had to do more,” says Chandra over a phone call with me after a hard day’s walk on his route to Delhi. It was this walk that Chandra wanted to do, his true calling from his heritage in India.

Chandra decided to walk across the length and breadth of India — 20,000 kms in three years to understand the country and his heritage better. He also set up a charitable foundation, ‘One Step at a Time Charitable Foundation’, to bring awareness and raise funds to undertake projects that will uplift people from poverty in India. “I’m not trying to bring attention to myself, the walk is solely to bring more awareness about the issues crippling the nation today. I want the Foundation to help make a change, to be a part of the coming change and do as much good as is possible,” says Chandra. He started the first leg of his walk from Goa and walked to Chennai, 1,875 kms, via Karnataka, Kerala and Tamil Nadu which he completed in 70 days.

After each of the six legs Chandra will take a break for a couple of months to recuperate and focus on new projects and ideas for the charity before recommencing his rigorous training for the next leg. On his successful completion of the first leg Chandra initiated projects in Goa, Karnataka, Kerala and Tamil Nadu. He has aided a deaf and mute school with school furniture in Karwar, Karnataka, initiated a revival of the ancient art of weaving in north Goa, provided beds to an orphanage on the outskirts of Bangalore, provided food and water relief to disaster struck local fishing villages after Cyclone Thane south of Cuddlore Township in Tamil Nadu and set up an arts initiative for young people in Kerala. Chandra has managed all of this single handedly with help from the local people of each area.

Now on his third leg of the 20,000 km walk, Max Chandra travels from Goa to Delhi via Maharashtra, Gujarat, Madhya Pradesh, Rajasthan and Haryana — the toughest of the legs to date. He draws his energy to walk from his will and determination with his passion to aid others at the core and plans to reach India Gate in Delhi on 8th January after walking for 100 days over a distance of almost 2,500km. “I would like to set up a project in each state of India and hope to finally link them all together,” informs Chandra. After his arrival at India Gate on 8th January 2013, Max will take a few days break where he will begin to work on further projects in the states that he has walked through.Chandra personally covers all of the costs for his walk, including daily shelter, food and equipment.

Know more about the walk and Max on his Facebook site