[App Fridays] food:habits - an app to keep your weight in check. Will it? 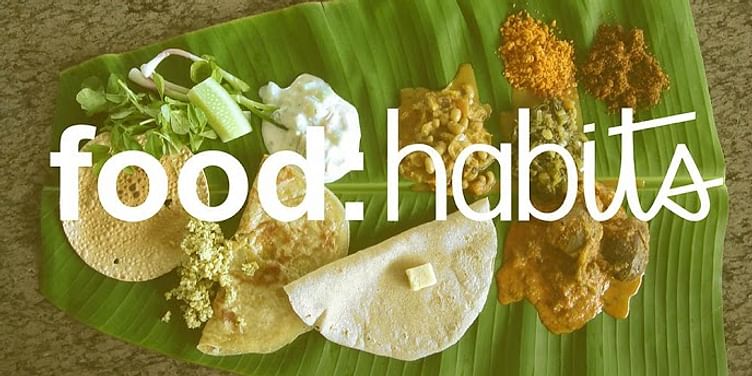 In the popular kids show, Chotta Bheem, he's known to devour scores of laddoos. It was also his source of super power. But as he grew up, I wonder if he too would have started to worry about the calories in the laddoos. Well, there are many apps that would help him with that and today's app friday is one - food:habits.

“Created, curated and cultivated” by startup, Jana Care, food:habits is a calorie and fat tracking app specifically for India. After having used it for a week or so, there are some cases where the app really amazes a user and some places it falls short. Read on to find out more.

Jana Care’s flagship product is a hardware app, that helps you tackle diabetes and obesity. food:habits was originally a companion app for the Habits Program - a group based online diabetes prevention program, which has currently been released to few people for tests. As part of the program, pre-diabetic patients use food:habits to track their fat and calorie intake with an aim to lose 7% of body weight, which according to research has shown to reduce your diabetes risk substantially. But being overweight is not just the problem of a diabetic, the startup decided make the app accessible to a larger mass.

food:habits isn’t a complete nutrition tracker, it mainly tracks calories and fat in foods that you have consumed. For a first time user, the app asks you to key in details about your age, height, weight and whether you want lose, gain or maintain your weight. Interestingly, these questions are very relevant. For example, a 23 year old guy, 5’ 8’’ tall, weighing 90 kgs will not be asked if he wants to gain weight, because well...he shouldn't.

Once the input variables are set, food:habits gives you a limit for calories and fats that you can consume per day. Every food entry that you make will be mapped against this limit, which will tell you if you’re eating adequately or overeating(See: Screenshot 1). You can also take photographs of the food that you’ve eaten and tag it to the list of foods available in the inbuilt list of the app. food:habits also wants to talk to the Indian user. It has most popular Indian dishes on it and offers measurements of quantities based on words that Indians would be familiar with - katori’s, bowls, spoons, pieces etc.

Its a well made app, pretty basic and quite stable. Here are some features that really stood out in this app -

1) A comprehensive list of food - There is a lot of foods’ calorie values which won’t be found on other nutrition tracker apps. It even has nutrition information for alcoholic beverages, a category where a lot of binges happen.

2) Optimal information - The app shows four data points and one which most people would look for -- calories and fats consumed by the app user against the allotted daily quota which the app receommends based on the initial key details that the user has fed in. It also shows an average calorie and fat count since first usage of the app.

3) Good UI - The colours scheme of the app is dull, but the combination of colours used across different screens in the app is consistent and makes a user associate those colours with the app. When looking for food:habits among large number of apps on your smartphone, the moss green icon stands out.

1) A very Indian nutrition chart - If you just had a beef steak and wanted to confess about your guilt to the app, it wouldn’t allow you to do so. Food like hamburger, chopsuey and even Maggi dont figure in the list. Having gone through the troubles of putting the calorie value of a katori of Dal Makhni, we were was surprised to not find steaks and the others items mentioned above on food:habits.

2) Some inconvenient UX at places - Buttons on the top part of the screen of a 5-inch phone is difficult to reach to with your thumb, and yet most of the important function buttons on the app are placed at the top of the screen. Not cool.

This is a well made app which is great to use for the most part. Some things that are missing in this app came as a surprise to us, as it is inconsistent with the attention to detail in most parts. The app also has some UX issues. But, to be fair, food:habits is in early stages and the app should only get better from here on.

The problem food:habits will face won’t be on the functional front of the app, but it is a philosophical issue, brought out really well in this Sarah Lacy article. To sum it up, an overweight person who isn't suffering from a health problem lacks the discipline and the incentive to use such apps and food:habits will face the same problem that scores of other apps in the category face today.