[Techie Tuesdays] Mohammad Abdurraafy and his love for iOS and Design 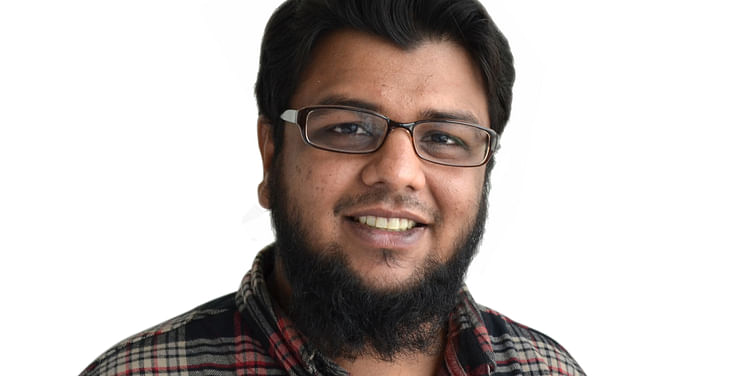 Over the years, Apple has gained a fanatical fan following to its devices. Whether one is able to afford them or not, there is a universal acceptance of their tasteful sense of design and an obsessive approach to aesthetics, making Apple, possibly the most recognized premier brand for consumer electronics.

This fanatic fan following transcends everyone in the Apple ecosystem. While the fan boys are out there in the plenty, the occasional app developer would really baffle you - why would you still code for an ecosystem that is so closed?

Undeterred, they march on, regardless of what the world thinks, adding all kinds of beautiful apps to an app store that will soon be home to a million apps. Today's Techie Tuesday, is an Apple foot soldier (and a good one at that), who has spent most of his professional career making apps for the iPhone. Say hello, to Mohammad Abdurraafy.

You never forget your first computer

Mohammad shared that he has been coding since when he was in the 8th year of school. He says, "My introduction to computers was just like anybody else's and like every other kid, I started by playing games. My father was an accounts officer and my uncle codes, so that was probably the first time I saw someone use a computer for something other than games."

"Me and my brother played around a lot with that first computer of ours. From installing UNIX on it, to trying out our hand at visual basic and visual C#, that computer really was our everything."

Mohammad reveals that they still have that computer at their home.

While everyone has had a craving for an Apple device before this, but to Mohammad, it was a good few notches higher. From the minute he saw an Apple device, he knew he wanted it and he was willing to go to any extent to get it. He says, "Back in 2005, there was a project called OSx86, which was an attempt to run the Mac OS on X86 machines. As I couldn't afford a Mac back then, I used to try out these things in the hopes of getting to experience the Mac OS. But nothing really compares to having an Apple device and I knew I had to have one."

This desire is partly what led him to save up and buy his first iPhone and land a job, after his degree in computer science, with the highly acclaimed US based MutualMobile, that would allow him to afford a Macbook.

While most Apple device purchases are driven by aspiration, Mohammad bought them so that he could make the system work for him. Apart from being an iOS geek in a 300+ team of mobile technologists at work, Mohammad also is known for his work on Java Script and Python.

If you want to be good at design, think from a user's perspective

Mohammad credits his interest in UI and UX because of his usage of iOS devices. He says, "I know its expensive, but I would sincerely recommend people to use an iOS device to get an understanding of design. For a server side guy like me, the user experience on the iPhone really gave me a new found appreciation for design and that's where I think our Indian developers fall short."

Mohammad urges developers to think as users first, rather than getting a piece of code to run.

Click here to get in touch with Mohammad elsewhere.