3 reasons why Apple needs Samsung to be successful 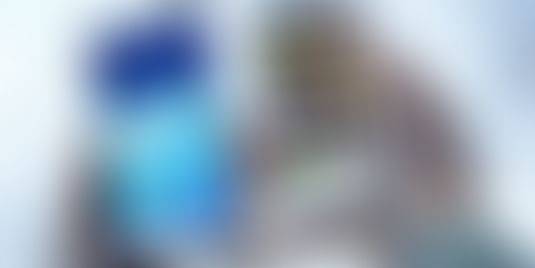 What was your reaction to the announcement of Samsung Galaxy S4 as an Apple fan? Apple reacted with a page on why there’s the iPhone and there’s everything else. But the last few years have shown that Apple cannot afford to dismiss Samsung, or grandstand about being the only innovative company.

That may not be a bad thing. Least of all for Apple. Here are 3 reasons why:

1. Think different. But compared to whom?

Those who have followed Apple’s rise, remember the iconic 1984 Superbowl ad where Apple took a powerful dig at the leading computer firm - IBM. That one time ad established Apple as the true iconoclast, and how! All the big boys were using clunky machines from IBM. Here was a rebel, one who didn’t hold back.

It immediately championed free spirit; and a cult was born.

Over the years, the company it contrasted itself against changed, but the positioning stayed the same. After IBM: Microsoft and computer manufacturers who made Windows machines - all were dismissed as having no taste, even as Apple struggled with its bottom-line. Steve Jobs revived the power of Apple’s positioning with the ‘Think Different’ campaign. The spirit permeated all facets of Apple’s identity: from its trademark design, craftsmanship of its machines, the visual flourish of the OS and marketing of its machines.

In the next decade, Apple established its dominance over various businesses with the same philosophy of thinking different. The company’s campaigns hammered this spirit in, even in ads about features and benefits.

As long as Apple stayed a niche brand, its consumers could bask in the glow of the marketing message. I use Apple; I’m different. But the tremendous success of the iPhone meant that almost everyone else also had an Apple product. It’s not much fun being a rebel if everyone is one too.

For the positioning to work, Apple needs a strong contrast. In the 90s, Apple could create the contrast with Microsoft. Steve Jobs even tried doing this with Android with his statement of ‘thermonuclear war’ on it. But unlike PCs, where Microsoft’s interface was largely similar, and most people faced the same issues, Android is not yet reached that level of maturity. Android phone owners have quirks related to the hardware, the variation of Android on their devices or the manufacturer who’s phone they buy.

That’s where Samsung comes in. With a strong breed of Galaxy phones, Samsung is the numero uno of Android manufacturers. Samsung’s been working on a common design language for its phones, and also similar feature sets. In doing this, it is creating the foil of a worthy competitor for Apple to rail against. More people pick up Samsung smartphones than iPhones now. This provides a great platform to showcase iPhone’s superiority in relation to the Galaxy sub-brand, and let people believe that they’re different in choosing the iPhone.

Take the last few i-device announcements. Most of them claim that they have a processor that it 2X faster, is thinner than previous model, lighter, etc.

The early versions of the iPhone and iPad elicited a lot of amazement at their innovative feature list, so far removed from anything in the market. But subsequently, the announcements have become a little ho-hum. This is not to say that Apple is no longer innovative; only that it does not easily take giant strides as earlier. Apple sets the pipeline with more evolutionary features - ones that the vast existing consumer base will adopt easily without having to relearn basics.

This is the typical behavior of a market leader. Why change when its not required? The loyal customer base will find the performance of the new device better than one they own. When you can get by with minimal breaks with the existing experience, why try something different?

Every market leader needs a kick in the pants to not rest on its laurels. Apple was the one who gave established leaders like Nokia, Microsoft and Sony a run for their money. Now, when Apple is the leader, it needs a competitor to spur the innovation juices and Samsung may be the best antidote for it.

3. Get in later, do things right

Through its history, Apple has been great as the follower that ‘shows everyone else how it should be done’. Tablets, portable music

players, smartphones, graphical user interfaces - all existed before Apple rode in and changed the landscape by redefining what they were supposed to do. Apple lets others test the market, and then comes swooping in for the kill when the market is ripe.

Take the recent chatter about the rumored iWatch. A large part of the interest is because of the innovative Pebble watch, which shows what watches could do.

In case of smartphones, Apple would benefit from learning what others bring to the market. The recently launched Galaxy S4 boasts features like Smart Pause (video automatically pausing when you look away), Smart Scroll (tilt the phone or your head to scroll text), speech to text translation and conversion on the fly, Air Gestures that let you scroll, browse or open items by hovering or waving in front of the phone and others.

Many of these seem exciting, but we’ll have to wait to see how many are practical in daily usage.

Like many other instances in its history, Apple could choose to let a competitor take the lead, learn from it and relaunch the offer as an innovative new feature on its own platform. Of all other competitors, Samsung seems to have gotten the marriage of hardware and software done best. And hence, the most for Apple to contrast with, learn from and use as a benchmark for innovation. For its own future, Apple needs Samsung to be successful, especially with the Galaxy series of phones.