[Culture Series] Unbxd, Where Life is Like an Open Box of Delights 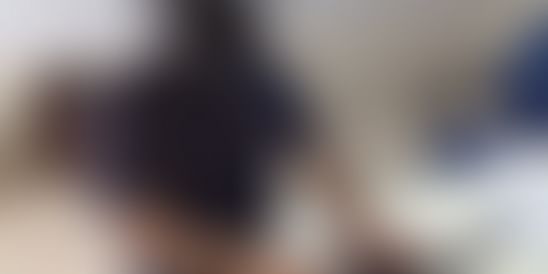 This article is a part of the Culture Series we are carrying as a run up to the Startup Jobs Fair, India’s first exclusive campaign to connect the most promising talent with the most exciting startups. This series will bring out the culture of some of the most dynamic startups that have managed to scale and make a mark. This time we showcase Unbxd.

Whoever coined the adage “There is no such thing as a free lunch”, probably never met Pavan Sondur & Prashant Kumar, founders of Unbxd -- a Bangalore based startup that helps make lives of eCommerce users and eCommerce companies better. Pavan & Prashant like to meet prospective employees who have been recommended to them over food, so that they can talk to them at ease, before they are evaluated for their skills and other technical aspects.

What Unbxd does is help make search on eCommerce portals easier. So if you loved that mauve coloured pump on a site, but when you clicked on it, you were redirected to a beige one instead, then you can thank/blame Unbxd for it. Unbxd also gives you the recommendations that you get on eCommerce portals when you are shopping. “You might like this” or “Viewers of this, also viewed this” are the areas that Unbxd deals with. The startup works with number of eCommerce portals including TravelGuru, IndiaPlaza and Cbazaar.com.

Before starting on their own, Pavan and Prashant worked with startups like Gluster & NetApp to learn different aspects of how things are in a startup. “It was an eye-opener for me, how a startup functions is very different from corporate. You are exposed to every small aspect of an organization in a startup, which would not happen in big corporate,” says Pavan. The Unbxd team has set out to create apps of scale, through which they want to cause a huge disruption in the market and use technology to do this. “We want to create a big dent through whatever we do and in the process help people buy products better on eCommerce,” says Pavan.

The team and their temperament

Unbxd are a team of ten passionate engineers. Prashant says they would be happy to hire engineers, sales persons and marketeers provided they share the same passion that the rest of the team members have. “We want people who have the same amount of passion like we do and take the ownership of solving a problem,” says Prashant. So every member has to be a CEO in his own right, should be self-driven, set tasks and milestones for themselves and achieve it too.

Currently the members of the team according to Prashant have complimentary skills. “We have people who are curious, skeptics who may not just jump onto the bandwagon, people with good common sense and people who are good at technology. Basically people who are good at what they do,” says Prashant. But that doesn’t mean all of them are very amicable and Unbxd is one big happy family. There have been number of differing opinions on how folks want to solve problems, but Pavan says everybody knows how much to debate and discuss and when to just stop talking and start working.

While technology and engineering are the first skills of Unbxd team members, some of them are also known for the other skills they possess. So one is a good cook, another is the master of PJs, third is a Jazz music buff and team members with their increased use of technical jargon, have evolved communication into a unique Unbxd slang. Nevertheless, the Unbxd team doesn’t let individual egos get in middle of their work and knows where to draw the line.

Despite the quirks and qualities, every Unbxd-ite has complete commitment to his job. Pavan shares an anecdote when they had a downtime and almost all the team members were on vacation, on leave or out of office. “I discovered that a customer site had gone down, but the customer did not know about it yet. So when I sent out a message to the team, everyone logged in from wherever they are. Someone from a wedding, someone from inside a taxi, someone from airport and such. We managed to rectify the problem and get the site up and running even before the customer realized there is a problem,” says Pavan very proudly of his team.

Unbxd works five days a week and allows work from home too. There are no fixed work timings, but people are expected to be responsible for their own work and finish it on time.

Unbxd attaches huge equity to honest and ethical behaviour and any compromise on those two fronts will not be tolerated, says Pavan.

Unbxd is looking for passionate programmers and also welcomes all those to apply who believe in what they have set out to do. The applicant may or may not have any prior experience, but if they have something good and solid to show Pavan & Prashant, you stand a good chance of being hired.

We tried hard to convince Pavan to buy all the participants free lunch at the Startup Jobs Fair, but could not crack that one!

Sorry about that, but we do hope you can find your dream job with Unbxd at the Startup Jobs Fair, this Saturday, 27 April, 2013 at MLR Whitefield, Bangalore.