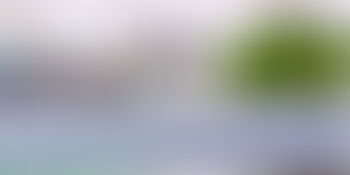 India, host of the fourth Clean Energy Ministerial (CEM4), is a hotbed for renewable energy technology development and testing. For example, Carbon Clean Solutions, a classroom-incubated project conducted by two students at the Indian Institute of Technology in Kharagpur, has catapulted into a successful start-up whose patented technology can reduce the cost of carbon capture for coal-fired power plants by half. The firm promises to go global this year. Another start-up, Gram Power, operates out of the remote villages of Rajasthan, a predominately agricultural state in India, and through its ‘pay as you go’ power delivery model and propriety theft detection systems, aims to find a disruptive solution to the country’s energy access issues.

Moreover, India’s wind industry is easily among the world’s most competitive. Through its industry-oriented policy incentives, India has already achieved more than 18,000 megawatts (MW) of wind capacity additions and is one of the top five developers of wind energy in the world. The country is poised to more than double its present capacity during the next 4 years.

These success stories illustrate that India is making a long-term transition from a fossil fuel based economy to clean fuel economy. This transition is not without its gaps, and it requires decision makers to balance three objectives: energy access, energy security, and environmentally sustainable economic growth.

. Its CO2 emissions from energy consumption are projected to double during the same period. However, India still has 300 million living without access to electricity.This places India in a situation where it is critical to balance its three key energy sector objectives. New and improved technologies will play a central role in meeting this challenge and, from a long-term perspective, it will be in India’s benefit to strengthen the technological capabilities that can help it meet its energy and environmental goals. Thus, what is required is the development of an ecosystem of financial, institutional, and regulatory support to nurture innovation within the domestic clean tech industry in India.

The government of India took strides in this direction by announcing a National Action Plan for Climate Change (NAPCC) in 2008, which targets 15 percent renewable energy penetration in the country by 2020. The government also launched a National Clean Energy Fund in 2010, which accrues half a billion dollars every year through a levy on coal to invest in clean tech innovation in the country.

The above steps have been moderately successful in achieving the targeted objectives of NAPCC, but whether they have been successful in developing the technology capabilities of the local industry is debatable, especially in terms of in the country’s energy security concerns.

In this context, an international platform of collaboration like the Clean Energy Ministerial (CEM), which provides a tool kit to plug these gaps, is very helpful. We are aware that capital is not a constraint in an emerging economy like India, and even plain transfer of technology would rarely help in the long-term to increase the competitiveness of the local industry. The initiatives under the CEM are different from many other global initiatives because they take into account the gap that developing countries have to cross in order to work toward a cleaner energy agenda. The CEM initiatives work to provide institutional support and technical expertise to help develop the local research and development infrastructure, two critical requirements for deployment of relevant clean technologies in India. `

Thus, a collaboration platform like CEM assumes more importance, and India, as the venue for CEM4 this year, will provide a host of opportunities for the stakeholders of the domestic clean tech economy to interact with experts, businesses, and investors from outside the country and work with them to build an ecosystem for promoting domestic innovation. India is already a member of six initiatives and is the lead of two of them: the Super-Efficient Appliance Deployment (SEAD) initiative and the 21st Century Power Partnership (the Partnership). It is poised to join another initiative during CEM4, the Electric Vehicle Initiative (EVI).

India has adopted several best practices for power equipment and appliances as a result of working with its Super-Efficient Equipment Programme (SEEP) and SEAD. This initiative has the potential to trigger similar programs in other countries, and is expected to be transferred elsewhere through a new World Bank initiative, the South-South-North Knowledge Exchange Initiative, which will be piloted by India. SEEP leverages the cost synergies realized out of international collaboration in promoting the development of super-efficient TVs and light-emitting diode lights.

The 21st Century Power Partnership, under a similar philosophy, will try to encapsulate the best practices of integrated renewable energy deployment in developed countries. This initiative will provide a tool kit to help emerging economies carry out their national clean technology roadmaps by informing adequate policy creation and implementation, and providing financial and capacity-building support. A major step forward has been the alliance of KFW Bank with the Bureau of Energy Efficiency in India to work on residential energy efficiency programs. This alliance aims to establish a pilot programme by transferring successful elements of programs promoting energy efficient residential buildings in Germany to India. KFW has provided a concessional loan of €$50 million to the Indian National Housing Bank (NHB). This project has assessed, optimized, and certified 73 individual buildings in 11 housing developments (approximately 20,000 apartments). This is yet another example of transferring knowledge through support and strengthening institutions.

The success of these initiatives in building a robust innovative economic system in India is crucial as the country is planning to invest over $40 billion in India’s 12th Five Year Plan (2012–2017) for clean technology with a targeted goal of deploying of 30,000 MW of clean technology capacities. This success would depend heavily upon how competitive India’s clean tech industry can be during this interval. We hope to see more start-ups similar to Gram Power and Carbon Clean Solutions, with the potential to become technology leaders in this space. CEM4 is an opportunity for India to showcase the advancements it has made in this sector, and it will expose Indian professionals and administrators to success stories from around the world.