The impact of dignity: waste pickers and social enterprise in India 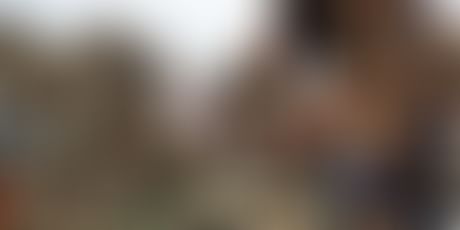 The following article has been co-authored by Dr. Pathik Pathak (Director of Social Enterprise and a Director of Undergraduate Programmes at the University of Southampton, UK) and Zoe Schlag (IDEX Fellow and Incubation Associate at Unltd India)

Social impact assessment is a constantly revolving debate in the social enterprise sector. Everyone wants to do it, but no one has really figured it out—at least not in a meaningful, practical way that delivers a result that simultaneously satisfies organizations, beneficiaries, funders and other key stakeholders. Even organizations that have been around for several years don’t seem to have their impact assessment practices down. So, as part of a project conducted between UnLtd India and the University of Southampton, we spoke to the next generation of individuals who are facing these challenges—startup social entrepreneurs. Over the course of several interviews, we spoke to early-stage social entrepreneurs in Mumbai working across sectors, on solutions to problems as diverse as farmer suicides, violence against women, emotional intelligence and waste management. What we found is that while each of them seemed to be delivering legitimate social impact, they were not always aware of just how diverse and far-reaching that impact was.

Unsurprisingly, organisations measuring environmental impact were likely to collect some form of impact data. Because their impact indicators are often easily quantifiable—such as carbon emissions saved—the information necessary to make the calculations for their impact indicators is often already being collected as operational output data. Such is the case with Sampurn(e)arth, which specialises in end-to-end waste management solutions. The first level of their impact is environmental, which they collect by tracking operational outputs and calculating the carbon emissions saved. However, what we found with most organisations is that the struggle lay in collecting more nuanced, qualitative forms of impact such as dignity or self-esteem.

Although the primary impact of Sampurn(e)arth’s end-to-end waste management system is environmental, they also employ female waste pickers from a federation of women waste pickers, set up by partner NGOStree Mukti Sanganatha (Women’s Liberation Group). The impact of offering waste pickers regular, skills-based, fairly remunerated and dignified work is infinitely more difficult to capture than reductions in carbon emissions, but is vital to expressing the larger impact generated by the business. Measuringthat impact, the dignity, is their challenge.

Beyond the initial hurdling block of how to measure impact, we also found that many organisations failed to recognise the diversity of their impact to reflect on what they actually do, and perhaps most importantly, who they work with. Social entrepreneurstend to see the impact they expect—that which falls in line with their theory of change, but not necessarily the impact they might contribute to in collaboration.

Open Your Arms,an organisation that aims to heal the psycho-social problems faced by children who have experienced trauma, regularly refers the children they work with to other organisations who serve other needs (physical health, social care and learning difficulties among others). These partnerships are so significant because they amplify impact beyond what each organization could achieve alone, ultimately providing these childrenwith a more complete and comprehensive intervention.

These joined-up ecosystems delivervalue through referrals – an often neglected but integralprocess for meeting needs.Conventional social impact frameworks emphasise the need to isolate impact –what have you changed that you can prove you did alone? – but fail to ask how social entrepreneursmight scale impact through partnership. The whole notion of attribution is irredeemably flawed when it comes to making sense of the social economy and needs to be ditched in favour of something more attune to the dynamics of collaboration, partnership and exchange.

Start-up social entrepreneurs are fundamentally testing their social and economic models in the first few years. While financial and operational reporting will shed light on the latter, tracking impact is aimed at the former—but isn’t being integrated the way it needs tobe. Pilots are about testing—and not necessarily “this model, yes or no,” but rather “which pieces meet the need, which don’t.” Quite simply, this ‘testing’ mentality is critical to a social entrepreneur’s success, which means becoming less attached to a particular model and more to whether or not that model is meeting a particular need. Just as a social entrepreneur will regularly track their financial and operational performance, they equally need to value tracking impact.

Social entrepreneurs need to test fast and test often. At the end of the day, a misunderstanding or miscalculation of impact will be a huge impediment to scaling that impact. In the case of suchmisunderstandings, operations can scale without scaling impact, so the assumptions in a social entrepreneur’s theory of change must be questioned on a regular basis.

The best way to do this is start testing from day one. There’s no guarantee that your impact indicators will be the right ones on day one, but then again, there’s no guarantee that your impact model will be the right one either. So if social entrepreneurs don’t set out with that mentality to question from the outset, they’ll quickly find themselves in the position so many later stage social entrepreneurs find themselves in today: with a model they believe in, insufficient evidence to factually back it up, but too limited resources to bring on a consultant to introduce an entirely new (impact) accounting system that their current financial and human capital didn’t evolve to handle.

Dr Pathik Pathak is Director of the University of Southampton Social Enterprise Network and of the SPARK International Social Enterprise Camp, due to start in April 2014 at the Tata Institute of Social Sciences in Mumbai.

Zoe Schlag is an IDEX Fellow and Incubation Associate at Unltd India.