Want to advertise in a bar? In a plane? The Media Ant creates a marketplace 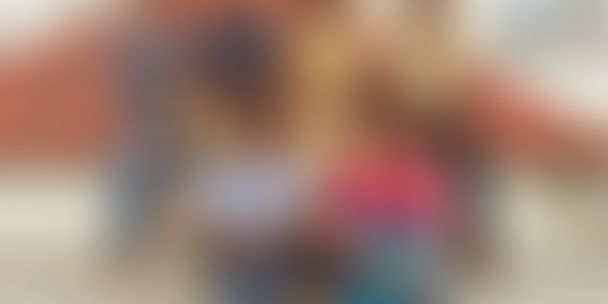 Mayank Bidawatka is probably one of the calmest entrepreneurs I’ve ever met. On a Tuesday afternoon when he walked in our office, I wasn’t expecting something that’ll totally psyche me up but it did. The company name is The Media Ant and this is a story of an entrepreneur who has seen the roller coaster ride- from winning accolades for the concept to falling into depths of depression, this story is short but an intriguing one.

Mayank is an MBA graduate from Asian Institute of Management who went on to work for ICICI Bank for a year and then served close to 5 years as the head of marketing at redBus. While at redBus, Mayank approached media agencies with a budget of 5-10 lakhs which turned out to be way below what ad agencies even look at. “This was a huge gap! There was no one catering to the needs of a small business in terms of the various ad opportunities available,” says Mayank.

Structuring the thought, sowing the seeds

At one side, businesses are looking at ways to advertise, and on the other hand people had ad spaces open not having a clue as what it really is worth.Media Owners: These are the people who have spaces to advertise. These include everyone from online websites to print magazines to rickshawallahs who have space to display.

Advertisers: This is anyone who is looking to advertise (with a context). If you’re having a music concert in a certain part of Bangalore, you’d surely pounce on the opportunity to advertise at washrooms in all the bars of the city.

The Media Ant is a marketplace for all such ad options- from print to TV to radio to non-traditional.

Mayank bounced of the idea with two of his friends, Samir Chaudhary and Mukesh Agrawal who quickly came on board and the company was incorporated in June 2012.

The Early victory followed by a dark patch, and then the light

The trio started working on the idea and quickly got the site going. They went on to win the ET Power of ideas in September 2012 which gave them a 5 lakh cheque which would sustain them for some time. The idea was being applauded but on the traction side, nothing was really happening. “We were slogging away but we weren’t being able to make inroads,” says Mayank.

In November, they hit a phase when depression took over and they thought of scrapping the idea. But a serendipitous thought made them take a 15 day break when they went out and relaxed. Not thinking about work for that period, the tiny break seemed to have given them one final push. They decided to give it one last shot and came out all cylinders blazing.

“Suddenly things began to fall in place and we started getting inbound calls,” says Mayank. SEO had also gone up by this time and people were landing on The Media Ant and giving them calls. They were finally on way and the ride has been upwards since then. In the past 6 months, The Media Ant has sold ad property worth more than 2 crores and has listed more than 200 ad spaces- mainly in magazines and non-traditional media.

What the company has achieved till now is a very small part of the puzzle. “The vision is to become the one stop marketplace for all media places. We want to allow people open up spaces which weren’t even heard about for advertising. Match making can be made much more organized,” says Mayank.

With their aim in the right place, The Media Ant is certainly heading towards success. Spaces like WiFi networks, Indigo airlines, Dabbahwallahs and a lot more already on their platform, the road ahead looks good. The challenge for legwork will always remain and to scale up rapidly, they’ll need much more than the current 5 people team which necessitates investment. If thought out well, and if the capital flows in, The Media Ant can build up quite a big mole hill.