Drowning in data and starved for insights? Chennai based LatentView can help 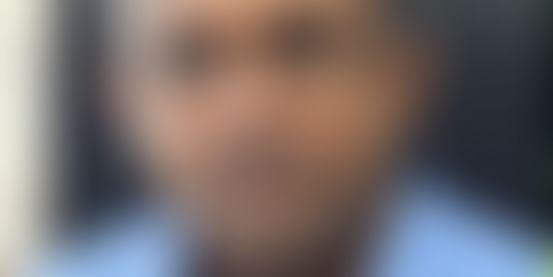 Assume the following situation - You are an e-commerce company which is doing reasonably well. You are looking to find out what about your site your customers like and what they don't. While you can always go the regular survey route, today's internet businesses leverage the power of web

analytics tools to obtain data from multiple sources. Right from what are the links that are being clicked to the way in which your customers log in and to the pages that they go to after the landing page, these tools can provide you quantitative data of things you didn't know could be measured.The tough part comes when you have to make decision inferred from data. While on a basic level common sense would suffice for deriving insights from small data sets, the challenge arises when your data sets increase in size. In 2006, Venkat Viswanathan, who was then with Cognizant identified this problem and decided to venture out on his own in what was a nascent space back then. Today, the data analytics business is valued at approximately $79 Billion and is projected to double by 2016.

LatentView has been in the business of data analysis since 2006 and since then, the company has grown to a 250 personnel unit and has offices in Chennai and US. This bootstrapped company is now growing at a brisk pace and in a conversation with founder Venkat Viswanathan, we derived some valuable "insights" (no pun intended) in the lucrative and ever-growing data analysis space.

So where is all this data coming from?!

Venkat's answer to this question is simple. He says, "Large enterprises have always suffered with a

surplus of data which they wouldn't know how to crunch to derive insights from. In recent times the cost of computing and data storage has gone down significantly, which has only added to the amount of analyzable data that an enterprise has. They're drowning in data and starving for insights."LatentView's area of operations includes anywhere from pure statistical analysis of large amounts of data to the latest buzz word in the startup ecosystem, Big Data. Venkat says, "Some of our work falls in the big data space. But that's the more engineering side of a our jobs.

When asked about why LatentView isn't in the software product space, Venkat said, "While building a software product, there is a strong technology focus. LatentView's offerings are business focused. Over the years, we have seen that customers need a lot of hand holding in this space and many times, a standalone product doesn't suffice. If you look at the recent IDC report, they've touted the data analytics services industry to be much bigger than the product space."

However, Venkat did say that LatentView is also getting into the product space with Bidwiser, an online bidding engine, which they're still working on.

Markets - US VS India

Venkat shared that 90% of LatentView's business currently comes from the US, but is banking on the India's numbers to compensate the lack of penetration in the market. He says, "As of now, the penetration of the this market in India is less. The good thing is that it is only going to improve in the coming days. And the sheer numbers in India will compensate for the lack of penetration. Take the Adhaar roll out for example - there are 400 million unique IDs in India, which is already more than the whole population of America. That is the kind of scale that we're working with.

From a company's standpoint, Venkat believes that India is a favorable place for setting up a data analytics business. He says, "There is a big dearth of talent in the US, whereas India has no such problem. In a place like Chennai, it is so easy to find the business+data+math combination which is required for a data analysis services firm like us. And other than the US, the only other English-speaking market which is significantly ahead in this game is India. Of course, countries like China and Brazil will catch up five to 10 years from now."

He goes on to add that India has the right kind of role models for both students and entrepreneurs. He says, "If you look at what the likes of Narayan Murthy have done, it really serves as a great inspiration for those starting up now, in the attempt to replicate its success. Even our history, has people like Ramanujam, the great mathematician. In fact, we're moving to a new office in an SEZ, called Ramanujan IT Park.

Quitting corporate and challenges of starting up

Venkat was one of the first business hires for Cognizant technologies. He says, "It was a relatively

small company and I was brought in to increase business leads. I was in the period where I saw the company grow 10X. Cognizant was in the business of data warehousing and I was getting signals from our clients that they needed help in more than just storing it. Besides, when I was leaving, the company was significantly larger and there was only so much that I could do as a single person in that organization."Along with the regular host of problems that accompanies the decision of starting up, Venkat recalls the 2009 recession as testing times - "Because of the bad economic conditions, a lot of our clients clamped down on their spending. Carrying on with what we believed in those times was really testing. However, we pulled through and since 2010, it has been a steady upward growth for us." Apart from this, Venkat also ranks convincing people to join a company working in a nascent space as a big challenge.

When asked about why he chose to bootstrap route rather than raising a round of funding, Venkat said, "I think it varies from company to company. You need to analyse what your circumstances are and how capital-intensive your job is going to be - that should decide whether you should raise funds or not. In the services industry, capital has very little role to play. If you're good at something, you will attract a good amount of clients. The challenge here is in the execution phase."

As parting advice, Venkat said, "If I'm allowed to advice budding entrepreneurs, I urge them to focus on execution as much as possible. Idea's are cheap. I'm not denying their importance, but it means nothing if you can't follow through."

Check out LatentView for more.

P.S. It is also a great place to work. Check this out -