Ross Clinics, an attempt by an AIIMS doctor to revive the concept of family doctors again 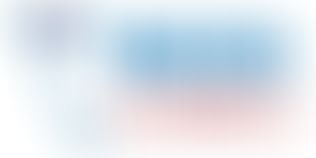 Last week, one day I was reeling under a serious bout of vomiting and diarrhea and all I could do was curl up on bed and rest. I could not meet a doctor for two reasons – one I was too weak to step out of the house and two I was vary of the doctors who tell me to get many tests done even if I am just sneezing. But I finally gave into family pressure and saw a doctor the next day, I was very skeptical about this one and was almost ready to get a prescription to do all sort of tests. Maybe it was my skepticism that the doctor sensed, or she was genuinely a nice person. She told me: “If you’re feeling better now then don’t bother with medicines, just drink lots of water. It’s the change in the weather.” I was very happy and this time, it was purely because of the experience with this doctor – no tests and no medicines!

So I have not always been a skeptic and I did love my family doctor. The earliest memory I have of a family doctor was as kid, when we hand to climb a short flight of stairs to reach the clinic of Dr. Raje. There used to be a metal chain hanging on the front of the door(no fancy rails back then) and I would happily grab it and navigate those six-seven steps, thinking I am doing something a la Spiderman. We shifted houses and the new family doctor was Dr. Suchak or Dr. Chinchinsure. Dr. Suchak was a young guy, who had just started practice and was the one we would mostly goto. He would always enquire about my studies and I always looked forward to check my weight at his clinic. Dr. Chinchinsure on the other hand was some sort of a wizard. At any given point in time, there would atleast be 10 patients in his clinic and he was perennially busy – and therefore to avoid the crowd, we would goto Dr. Suchak. A man of few words, he could sometimes just understand what was wrong by checking the patient’s pulse and nothing more. While his compounder would get hassled trying to manage the crowd, Dr. Chinchinsure was always as cool as cucumber.So after having seen such great family doctors, the current breed of ‘doctors’ cut a sorry figure and therefore I would say am justified of the skepticism.

Maybe there are many like me and that is the market opportunity that made Dr Devashish Saini setup the chain of Ross Clinics, which according to him wants to revive the concept and experience of family doctors. This is Dr. Saini’s second attempt at reviving the idea of family doctors. His earlier venture could not do well because of various operational pressure and costs that spiraled out of control.

An alumnus of All India Institute of Medical Sciences (AIIMS), New Delhi, Ross Clinics has been founded by Dr Saini and currently has eight centres in Gurgoan. The clinic offers a variety of services like consultation, test, procedures and care plans. Besides Dr. Saini, they currently have 15 doctors, 10 dentists, 10 support staff and three middle management people in the team. The first clinic opened in April 2011 and Dr. Saini has an ambitious aim to setup 100 clinics across the country by end of 2015.

Talking about the venture he says, “I want to rejuvenate the concept of family clinics once again, which I feel is fast disappearing. We want to connect with the young generation and offer them all services like vaccination, health check up, day care, under a single roof.” The chain wants to cater to young and newly married couple who may have to migrate for employment across cities. “We want to be there for these couples, they don’t have to worry about missing their family doctors and have the continuity of care throughout India,” says Dr. Saini.

Ross Clinics, get its name after Sir Ronald Ross, who was an Indian and discovered that mosquitoes are the cause of malaria. Sir Ross made discovered this discovery in Secunderabad, which was also the place where Dr. Saini conceived the idea, plus it is a name that can be easily remembered, he says about naming of the clinic.

Besides young couples, Ross Clinics also has plans to start private consultation services to luxury condominiums and provide building doctors to do home visits. “This will help us build good relations with patients. Family doctors have been the corner stones of everything related to families for ages and we want to bring back the appeal that these family physicians have had for us,” says Dr. Saini. Also on cards are partnerships with corporate and third-party service providers to provide consultation to their set of customers.

Dr. Saini says there have been learnings from his earlier venture which he wants to rectify here. All doctors at Ross Clinics have some kind of OPD (out-patient department) and GP(general physician) experience. Every clinic is also equipped with computers and internet connection to encourage doctors to read and be updated of developments in the medical field during their free time. There are also plans to provide formal training to doctors in partnership with an international university, says Dr. Saini.

All doctors are paid salaries that are at par with market standards. Plus there is a feedback mechanism in place to take feedback from patients coming to Ross Clinics about their experience with the doctor. All the clinics have been automated and prescriptions, medical records are all automated. “We want to make sure patients can read what doctors have written and in a language they understand,” says Dr. Saini about the thought process. Currently the clinic is concentrating only on OPD treatments and Dr. Saini says that as much as 80% of cases can be solved in an OPD.

It is a self-funded venture, which has also received help from family and friends. They are looking for capital for their next round of growth. Some of their clinics are profitable and Dr. Saini says they have taken care to ensure they keep their costs low and on an average one clinic becomes self-sustaining within 3-6 months.

Ross Clinics mostly chooses a central location to setup shop, therefore middle of the market, busy areas where everyone can see the clinic is preferred. Other means to spread the word has been through online portals, word-of-mouth, referrals, distributing pamphlets and conducting health checkup camps in schools and societies. Dr. Saini is quite happy with the progress they have made in the last two years and says he is more focused on experience and the quality of service to build a brand. “We want to build a brand through a combination of activities – have plans and treatment that makes health care affordable to people and provide a uniform experience across all our centres, wherever we are.”