Solar Soldiers - on a mission to light up a remote village in U.P. 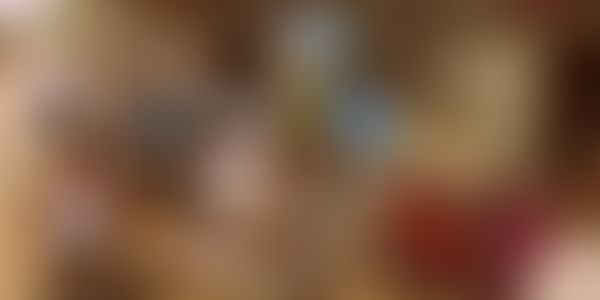 An old woman in a ragged saree sits in a low ceiling mud house. Deep lines form on her forehead, eyes are dulled by the lost hope, she raises her head and stares at the bulb hanging from a loose wire. She has seen it lit twice or thrice in her life. She does not hope for it to fill her house or little left life with light. But wishes somewhere deep inside her that her children, or at least grandchildren, use the mere hanging object to some utility.

It is not a movie scene, neither is it a description of a cover picture of some best selling magazine trying to showcase the plight of an underdeveloped country. It is the reality staring at your face in a vast number of un-electrified villages in India and also in a number of so called privileged villages which have the status of being electrified. If 10% of households in a village have an electricity connection in India, it is given the status of being electrified; irrespective of the fact whether these connections even get power supply or not.

Gulabganj, a remote village in Uttar Pradesh – India’s most populous and one of the least electrified states in India – screams out a similar story of having the electrified status but no electricity. Full moon nights are the most well lit ones that the inhabitants of Gulabganj have seen for more than last 25 years. To add to the irony of Gulabganj is the fact that it was an Ambedkar village – a village availing the benefits of government welfare schemes. After many false promises from the government, politicians, local leaders battering their hopes, the residents of this village had started distrusting and dismissing any proposal made to them involving electricity supply to their village.

Kanika Khanna, founder of Sunkalp Energy, and her team were seen with same suspicious eyes when they approached people of Gulabganj with a promise of electrifying their village. Imagine the mocking and looks of distrust they would have gotten when they talked of making Gulabganj self sufficient in its needs of power supply with the help of solar energy. Sunkalp Energy, a turnkey solutions provider for solar energy, wanted to deploy their solution where it was needed the most and they started identifying rural areas they could electrify using solar energy. There was no shortage of options to pick from as there are more than 1 lakh un-electrified villages in India.

Sunkalp is starting to fight the power supply battle of Gulabganj with an army of ‘Solar Soldiers’ – their crowd funding campaign aimed at meeting the energy needs of the village via solar energy. After crowd funding meets the initialization cost of the project, the maintenance cost is extremely low. It can be easily taken care of by the payments for the power supply by the villagers hence making it a self sustained source of electricity for them. The plan is to set up a plant with a peak capacity of 2KW which will be able to supply for 2 lights, 1 fan and a charging point to each house in the village. They will also be providing power supply to schools, shops, anybody and everybody who wants to avail it. One person from the village will take care of monitoring of meters, bill payment collection and maintenance of solar power plant.

Kanika was a little taken aback when she found many more challenges in the field than what she predicted. “People did not believe us in the beginning, it took a fare deal of time and explanation about the campaign to convince the village Panchayat for approval. Crowd funding is so new to even urban India, it was next to impossible for the residents of Gulabganj to understand why would somebody give money for this project,” says Kanika. After convincing the Panchayat and getting 93% of the households signing up for the project, the challenges were just over for setting up the campaign. Metering at a small level, setting up an efficient micro grid and making the system pilferage proof are some of the aspects Solar Soldier is now working on. 20% of the initial investment needed, USD 2500, is raised and the response which the 5 member team is getting for their efforts is keeping them in high spirits.

If you wish to be a part of the solar army, go ahead and do your bit. You will bring a ray of light to somebody’s life, literally.