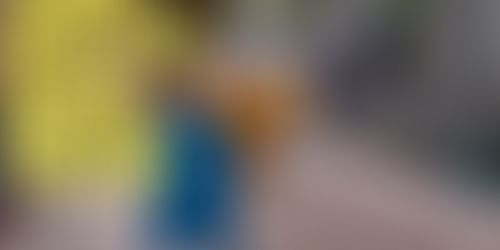 That's not meant to be a sensational title; but it's true. This start-up founder bunch is actually irrational (bordering on the line of stupidity).

Why, you ask. I give you three reasons:

1. Every founder thinks his idea is 'different' or 'better' and it will change the world in some way. So much so that he decides to quit his day-job and give a few years of his life to that idea.

2. No founder ever has thought through his idea. Trust me, if he had, he would never start the damn thing in the first place. Starting up...actually starting up is not sexy. Consulting is way sexier than that. Else Talvinder from Tushky wouldn't have had to write this article.

3. He decides to quit his startup every single day and still sticks to it.

If that's not stupid, tell me what is.

But I deeply believe it's this “irrationality” or "stupidity" that gets us started. If you want to start up on your own and do not meet the above three criteria, then you are going to find it really hard to just START. But what happens when you actually start? (It's like asking what happens AFTER the hero-heroine actually get married post the song-dance routine.)

The first few days go really well thinking...er, daydreaming actually. You think your startup could be the next Twitter or Flipkart (Well...in the first case, you are swimming in dollars in your dreams and in the later case, in rupees). You meet everyone around you who has even a remote connection to an Angel or a VC. Words like 'equity', 'term-sheet', 'valuation' become music to your years. You get the picture.

And then one day you wake up, all anxious. A month has passed since you started up and you've done zilch. Nada. Nothing. Happened to me when I started The Playce

I don't even remember what I did in the month of December last year. I guess I mostly met people, told them some glorious stories around how I started The Playce and made merry. No real work done.

But then I decided to change that. I had a start-up to run. The biggest challenge I realized was the lack of clarity in me. And it's not clarity of purpose or vision or mission. Oh no...I was grand there. The clarity lacked in a very very simple thing -- WHAT TO DO NEXT? What's the next action item? What's the first thing to do today after reaching the office?

Without an answer to this, you end up browsing Facebook, reading inspirational articles on starting up and telling your girlfriend how busy you are. Whenever, as a founder, you find yourself doing these things often everyday, that's a sure-shot sign that that elusive muse called 'clarity' has gone missing. So, how to find her? Here are some tips from my own experience:

Sounds very Yoda-like, I know. But every startup founder goes through this phase. Again and again! First, by definition, starting up means exploring a new territory. One is bound to get lost somewhere. Second, if you are not lost, it means you are not solving a problem challenging enough. Third, start-ups are non-linear unlike a job where you get a to-do list prepared for you. And last, you yourself are both the decision maker and the doer. Both Krishna and Arjun.

So have faith in yourself. Calm down. If you stick at it, things will clear up soon.

Do a visual brain-dump

However, things won't clear up magically on their own. What you need to do is either get a huge whiteboard or use a software like trello to chart out as many heads you need to work on as possible. Heads could be Idea Validation, Programming, Marketing, Recruiting, Pitching, etc. Then under each head just start writing down what needs to be done. Be frank and be ruthless about it. And yes, don't be limited by budget or people or doability. That can be evaluated later. Right now, you are trying to dump everything out of your unclear brain. So just write every damn idea, to-do, contact that comes to your mind.

More often than not, you will stumble onto at least a few Action Items that are definitely doable. Or some thread that's worth pursuing.

If you came out with very few action items, just start doing them one by one. If you came out with a lot, that's great but please don't get into the Project Management mode. i.e. don't start evaluating the opportunity cost of each action and assigning priorities to them. Use some intuition, write down a to-do list and just start doing them one by one. Do at least three. The idea here is to break the lethargy, build some 'action muscle' and nothing does it better than ticking off a few to-do items.

You'll yourself realize when you've got your groove back. And after that, it's the usual 'start-up' stuff :-)

So there you go.

P.S. Founders are the 'brave stupid' bunch actually. You should see them on-a-roll sometime. Most inspirational sight ever.

Shekhar Gurav(@ShekharGurav) is the co-founder of The Playce, a coworking campus in Mumbai. There he sees founders on-a-roll every single day. And he thinks it's the best place ever to work out of.