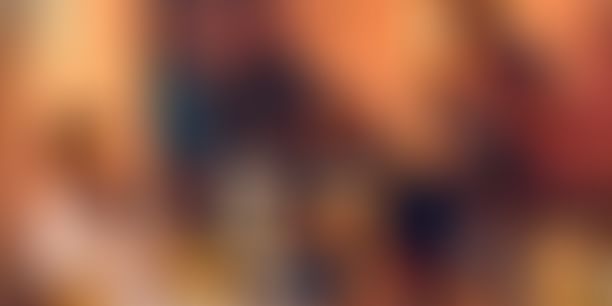 As they say, Twitter is a goldmine for new media journalists to dig out news. This post will be more like a tribute to this very saying. The microblogging site has become a meeting ground for so many people across sectors and geographies but the core focus of this post will be a curious group of early stage startup founders who’re building technology products from India.Ever since Twitter has become my social network of choice, Facebook has been relegated to more of a distribution channel and the benefits have been multifold (which is obviously debatable depending on what you call a benefit). The subject matter for this post is a group of entrepreneurs based in Mumbai and Pune who have formed a cohort of sort who’re always engaging on Twitter and have almost built a new smooth flowing mechanism of communicating. I’ll list out the entrepreneurs over here, the work they’re doing and some of the positive points about why more such groups should mushroom.

Annkur Agarwal (@annkur): Founder of Pricebaba.com, Annkur is the perfect example of a street smart entrepreneur. PriceBaba is a shopping intelligence engine that helps users buy phones and Annkur has been selling mobile phones since his school days. Recently funded by 500Startups and other angels, Annkur shuttles between US and Mumbai but is a key member of this group. Bringing in his huge network, Annkur is a resource pool for anything mobile (and more).

Avlesh Singh (@avlesh): A true hustler, Avlesh along with a team of geeks is building a SaaS product called WebEngage- an in-site customer engagement tool which has garnered more than 10,000 customers. Avlesh is one of the most open founders in public and speaks his heart out. No pretense is how I would describe him, and he's your go-to person for blunt to-the-point opinions.

Divyanshu Asopa (@TheDnote): He’s light hearted one in the group. In the business of spreading joy via greeting cards at 21fools, Divyanshu has a heart warming story and brings a certain kind of energy to the table. You'll always find him active and tweeting away.

Kulin Shah (@NowEntrepreneur) and Pravin Jadhav (@BeingPractical): They’re the Wishberg duo who in my eyes are the initiators of this closely knit engagement. Wishberg is a social wishlist with a deeper foundation based on how the founders perceive the future of advertising to be. Complete product fanatics, both blog extensively and are usually at the epicenter of conversations.

Naman Sarawgi @namansr (Bangalore based): Along with his team, Naman is building FindYogi- A product search engine which helps making decisions easier for buyers. A complete startup guy, Naman has been a part of high growing early stage startups and understands the space well. In a way, Find Yogi competes with PriceBaba but there are open discussions (this one in a light manner) about it and this maturity is what sets them apart.

Nischal Shetty (@NischalShetty): One of the youngest in the lot, Nischal is the founder of JustUnfollow which has been making many consumer web startups envious about the kind of numbers it has been garnering. JustUnfollow basically allows Twitter users to manage their followers.

Pranay Srinivasan (@utekkare): I’d call him the outlier in this group. Coming from more than a decade of experience in retail (apparel manufacturing), Pranay is now bringing the experience online with Sourceasy- a low-cost merchandise (private label) sourcing service for e-Commerce/Merchants/Brands/Designers. And he is one enthusiastic tweep!

Rohan Dighe (iRohan): Holding the fort from Pune, Rohan founded Viralmint which is a marketing platform that mainly helps businesses acquire new customers, increase sales, improve conversion rates and build up engagement. Incubated at Seedfund, the company has a great proposition for online businesses and Rohan brings a lot on the table from his experiences. He’s also a travel freak.

Sampad Swain (@sampad): Now known as the ‘successful entrepreneur’ in friendly jest, Sampad has climbed the entrepreneurial ladder with various ventures and currently is at work to make Instamojo big. Instamojo makes selling stuff online easier. Sampad has been documenting startuppy things on his blog for more than 6 years now and makes him one of the go-to guys for advice on building a startup.

Shiladitya Mukhopadhyay (@shiladitya): Popularly known as Shilo, he has been running Rasilant since 2006 and has diversified into mobile apps. Rasilant technologies is into RFID and the two apps are: PointShelf (Mobile Only loyalty program) and India Wine List (an app for wine lovers). Shiladitya also has a wonderful story about starting up and engages mostly in tech conversations on Twitter.

1) Networks/Connections: Twitter is replacing emails for making introductions. @X You can help @Y with your services! Done. There will always be someone in your network who’ll be connected with someone you’re looking for.

2) Feedback: These circles tend to be brutally honest and are the best testing ground if you’re building something. This set is your pool of super users. This feedback will help you infinitely in your product development.

3) Visibility: In a way, visibility is an outcome of the above two points. If you’ve been into the network for a substantial time and say you’ve amassed 5,000 followers, that instantly reduces your ad spends. You can be a promotion channel for your company (see people who’ve got their branding right).

4) Leads: Follow the right people and you'd land upon trails which can often take you to potential clients or users.

5) Hiring: I've seen quite a few team decisions being made while on Twitter. A perfect ground for keeping in touch with news in your area, one is able to stay in sync and get in touch with potential co-founders or hires.

These are the major pushes that come alongside once you become a ‘member’ of such conversations. It is not the case that for building a successful startup this is a pre-requisite but if you have a consumer facing venture, such channels come in handy.

And surely, there is the fun element. These conversations on Twitter are addictive and can get you hooked into for hours. There are other such groups coming up offline like the Bhubhaneshwar group and there have to be more online cohorts (do comment if you’ve come across any). The Morpheus Gang is one more such huge cohort of more than 70 startups founders and all such other communities can also come online.

The above listed startups are all in the hot list and ones to look out for. And Twitter will sure be watching. Go! Start stalking and one day, if you stalk enough, you'll start getting stalked. And yes, the investors are also watching:

Note: Additions will be made as and when required.