It's not just the captains, but even redBus loyalists strike it rich! 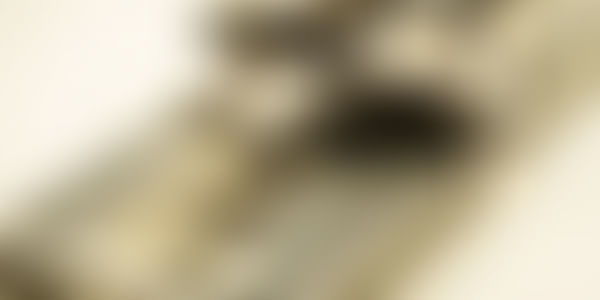 For Indian entrepreneurs who seek inspiration constantly, the redBus story is still romantic. So far all of you knew about the main protagonists in the story, however there are other star cast who have contributed a lot to the making of this superhit venture. We spoke to two ex-employees of redBus, who have now turned entrepreneurs and belong to the exclusive redBus crorepati club. They shared with us their inhibitions, expectations and finally the joy of being part of the redBus story. Who are they

Mayank Bidawatka and Abey Zachariah are no longer part of redBus today, but they share the joy that most redBus employees felt when the Nasper acquisition happened. Firstly because they have been vindicated of their decision to part of something that was bold and different, second because they could dare to think beyond big corporate and thirdly because they are now rich, thanks to the ESOP option that redBus had given all its employees.

Mayank gave up his cushy job at ICICI Bank to join redBus in 2007 on the customer and product marketing side. Looking back at his decision, Mayank is very happy he decided to go aboard, and says he is probably a startup convert for life. “I joined redBus because I was convinced of the opportunity that they were chasing. I saw a lot of good trends on internet, IRCTC had been doing train tickets and that was a big success, so there was definitely a promise here,” explains Mayank. He was vindicated of his decision because redBus grew exponentially, as the category was new and that gave him and other in the team a chance to innovate a good deal. “It was a disaggregated market and there was no one player who had complete control on the market. Therefore there was obvious opportunity to grow and do well,” says Mayank of his decision.

Today Mayank is a happy man and now runs another venture, called The Media Ant, which helps small businesses take care of the marketing, advertising and media needs.

Abey also has a similar story to tell. He joined redBus couple of months before Mayank came onboard and was looking after the vendor acquisition and management side of things. Abey had a long stint in the corporate world and had worked with Citibank and Standard Chartered Bank before he decided he wanted to start something of his own. Much like Phanindra Sama, even Abey couldn’t get a bus ticket when he wanted to travel to Kerala once and he started talking to bus owners and telling them that he can help them sell tickets in an organized manner.

When Abey heard of redBus, he went and met Phani and they hit off instantly. Their first meeting remembers Abey started at 6 in the evening and went on till the coffee shop closed at 11 in the night. Even after they got out of the coffee shop, Phani & Abey continued their discussion late into the night and finally parted ways at 1 am, says Abey. He quit few months back to start Adloc.in.

Both Abey and Mayank joined redBus at salaries lower than industry standards. But they did that because they believed in the idea and liked the founding team.”I had a very good feeling when I met Phani. There was great chemistry between us,” says Abey. Mayank echoes him when he talks about the team at redBus.

Mayank says it is important for people joining a startup to believe in the vision the venture has and be convinced of what they are doing. “For a long time ESOPs will be anything more than a piece of paper, but there is bound to be delayed gratification,” says Mayank. Another argument he makes in favour of startups is that the five-six year lock in period that many VCs have in a particular venture is now nearing completion, especially incase of businesses which started out in early 2000. “I think now there will be more exits out of Indian startups because the VCs who have been with startups for the 6-7 years will now look to move out,” he offers.

Abey says its important that experienced people should join startups because there is an opportunity to create and do so much more and unique things on the startup side, compared to a well-established corporate. “People looking at startups as a career option should have a structured approach and be unemotional about it. It is difficult for normal people to do it because you need to take that leap of faith and be willing to give it a shot,” says Abey. He also says it is important to set deadlines for oneself to achieve certain goals and the time frame to achieve that goal.

So people who are sitting on the fence, the advice these two have to offer is: “startups can be risky and lucrative. It is important to fully understand things in detail and weigh the pros and cons before taking the plunge. Be ready to do 5,000 small things, rather than 5 big things. And there is no magical formula to success.” But there is also a pot of gold at the end of the rainbow waiting to be discovered, for those who keep the faith.