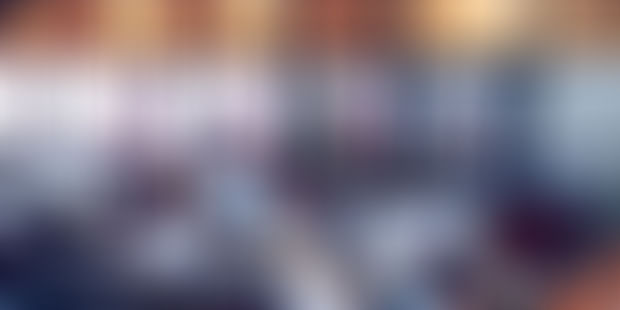 [This article is part of the series called Startup Hatch, about incubators and accelerators in the startup ecosystem]

The PSG College of Technology in Coimbatore runs a Science & Technology Entrepreneurial Park (PSG-STEP), a technology business incubator facility for over 30 startups. Dr. K. Suresh Kumar is the general manager of PSG-STEP, and supports startups in the areas of information technology, electronics and mechanical engineering. He also handles the Secretariat of Asia Pacific Incubation Network (APIN), an initiative supported by infoDev, World Bank & Department of Science & Technology, Government of India.

Suresh is certified as Business Incubaton Trainer by infoDev, The World Bank Group and a mentor in the National Entrepreneurship Network (NEN). He had participated in various international programs and workshops held in the US, Australia, China, Finland, Brazil, Malaysia and Thailand. Suresh holds a degree in mechanical engineering and a PhD in management. He joins us in this exclusive interview on the opportunities and challenges for startups and incubators in India.

YS: What was the founding vision of your incubator, and how is it supported?

Based on the performance, in the year 1998, NSTEDB supported PSG College of Technology to establish PSG-STEP – the Technology Business Incubator to promote technology startups in the region.

PSG-STEP is spread over an area of more than 25,000 sq.ft to accommodate 31 startups, in the areas of IT, mechanical engineering, and electronics. PSG-STEP provides technical services that include R & D activities, product development, re-engineering, calibration and testing facilities, quality assurance and market research to the entrepreneurs. The entrepreneurs utilise the various Centers of Excellence of PSG College of Technology.

YS: What is the profile of the managers of your incubator?

PSG-STEP has been lead by a team of four members who have experience in industry and management. Two members of the team have more than a decade of experience in incubation and entrepreneurship promotion.

YS: What would you say are the Top Three opportunities and challenges for Indian startups?

The present industrial scenario and the emerging entrepreneurial ecosystem help the Indian startups to build knowledge based technology startups in electronics, biotech and ICT.

The key challenges to the startups are: access to low cost early stage funding, exposure to mentoring and access to mentors, and team-building.

The incubator provides seed funding to the startups, which is flexible, and in easy terms without affecting the equity structure of the organisation. The network established by the incubators helps the startups with easy access to mentors.

YS: What are the selection criteria for startups in your incubator?

PSG-STEP extends support to the technology startups, preferably a product company, which is less than two years in age. The business plan is reviewed by the team of experts and the company is selected on the basis of feedback on the techno-commercial aspects.

YS: What support and services do startups receive in your incubator?

PSG-STEP extends early stage seed funding to the startups. Apart from the above support services, the incubatees utilise the common facilities like learning resources and other services of the institution for the benefit of their operations.

YS: What kinds of IP are being created by your startups?

YS: How would you differentiate your incubator from the other incubators in the field?

PSG-STEP incubator has a space more than 25,000 sq.ft to accommodate about 30 startups. PSG-STEP has created an incubation facility in the thrust areas of ICT, electronics and mechanical engineering. PSG-STEP had contributed to the capacity building of the business incubation as the Secretariat for the Asia Pacific Incubation Network (APIN).

YS: What would you define as success for your incubator?

YS: How do you compare and contrast India’s incubators with that of other countries like US and China?

The entrepreneurial eco-system is more vibrant in US with enough space for networking, mentoring and access to capital. In India, the incubation movement has gathered momentum during the last two decades and is picking up with more public and private incubators being established during the last five years.

YS: How many companies did you start off with, and which ones do you have now?

PSG-STEP started with two companies in the year 1998 and 32 startups are operating from PSG-STEP. See Tables 1 and 2 for the current crop of companies and the previously graduated ones.

YS: What are your plans for the coming 3-5 years with respect to new startups?

PSG-STEP is planning to enhance the support extended to the technology startups by providing mentorship capital and to increase the IP portfolio of the startups and the institution.

YS: What are your recommendations to the startups and entrepreneurs in our audience?

Startups should leverage the support system available in the eco-system to minimise their risk and to maximise the success of the venture.