Hear of the term ‘cabin suicide’?

Probably not, there are zero results on Google and even a search on Urbandictionary– that trustworthy source for zany phrases- produces zilch. But ‘cabin suicide’ was what gripped Gauri Agarwal after she had spent two years working in an investment bank in India. Memories of her Master’s dissertation project, while she studying finance and economics, at the University of Warwick haunted her. The dissertation project involved spending a few months at a small NGO in Trujillo, Peru. She worked with single moms living in slums to spread awareness of micro-credit and help secure micro-loans. Initially her dream was to do something similar in India but she joined the investment bank instead, as she was unable to justify a job in the development sector, after having forked out a truckload of money on an expensive foreign degree.

Initially she did not feel the extreme emotion of ‘cabin suicide’ as the money was good, and the foreign trips- especially the one to Tokyo, made it feel worthwhile. But soon the drudgery that came with pushing files and working on excel sheets lead to the abominable condition. After telling her bemused manager that she was quitting, she embarked on a new journey, without knowing what she was going to do and where she was going to do it. The first stop in her new journey started at Elan Adventures, a company started by some students from the Indian Institute of Technology (IIT), she worked with them in the rural areas promoting tourism. This gave her first-hand knowledge on the realities in India and helped her think about next steps.

What happened next was serendipitous. She was wandering with some friends through a boulevard of villages near Faridabad, when one of the villagers approached her, and asked if she wanted to meet anybody in particular. “We said that we wanted to help. Luckily for us, Sirohi was not exposed to politicians and NGOs so they were receptive to us. The villager we met had eight kids and he also had an extended family,” says Gauri. This was around mid-July 2012. Soon she started making regular trips to Sirohi and spent two months building a relationship with the local folks. Sawan- the first villager she met- and his family became her adopted family. Sirohi roughly has a population of 3,500 people with around 366 households, 80-90 per cent of whom are from the Muslim community. It used to be a quarrying town, but after quarrying came to an end, the locals turned to the less paying, semi-permanent jobs. “The quarries had formed craters and the monsoon water along with the underground water had created six or seven beautiful lakes. I thought to myself. Why not use the Arcadian beauty and start eco-walks and bring the people from the cities to appreciate this beauty?” adds Gauri.

When Gauri told the villagers about her plan it was received with skepticism, they asked her why anybody would want to come to the village. She sent out messages on Facebook and got 10 people to visit: some were friends and the others, strangers. They followed a simple itinerary of driving down from Delhi, walking for 3-4 hours around Sirohi, cooking food with the villagers and sharing the meal with them. “On our first walk 100 people followed us including a guy with flute. We charged Rs 1500 for the walk which included transport, organic food and water. People who initially said the cost was high were ready to pay more later on,” remarks Gauri.

This first initiative lead to the formation of Skilled Samaritan Foundation (SS) as a Section 25 company in 2012.

But they were just covering our costs, but had done the basic legwork, and most importantly had formed a bond with the villagers and had earned their trust. While chatting with the village women, Gauri noticed that the charpoy they were sitting on was made from candy and chocolate wrappers. She realized that the charpoys could be sold as recycled, eco-friendly home decorative items, and thus was born the second of SS’ initiatives. Other than the wrappers, they mixed and matched colors with mirrors. They put the stuff up on Facebook and people loved it and snapped them all up. While the initial few items were easy to sell, finding new customers has been a challenge for Gauri. “Being a small organization, we find it tough to sell to customers like restaurants, bulk orders are needed for a steady flow of orders,” points out Gauri.

Other than the challenge with marketing Gauri has had other hits and misses. SS tried to sensitize women on the importance of menstrual hygiene through the use of sanitary napkins. They had some initial success but soon they found it difficult to sell the napkins. “Most women have 8-10 kids and they spend the entire day at home. They tell us what they need instead are sewing machines,” observes Gauri.

Challenges aside, SS continues to notch up mini-successes. Its biggest win has perhaps been the rural solar electrification project: a collaborative initiative between Engineers Without Borders (India), Bechtel Corporation, Students at National Training and Power Institute and SS. The project will be conducted in three phases over a period of six months. 50 of the 366 houses have been electrified in the first phase. Come September, 2013 and the remaining 316 households will also have access to reliable power. SS collects Rs 70 per month that goes into a development fund so that the solar devices can be serviced and properly maintained.

SS has other initiatives lined up. With Warwick University, SS is evaluating a low-cost high-impact products like the pot-in-pot refrigeration system, which acts like a mini-fridge and can store vegetables. The contraption, called a zeer, is adapted from a design developed by a Nigerian polytechnic lecturer in 1994. SS believes that using the zeer, can reduce post-harvest losses and also provide a new source of income to the local potters.

Next year Gauri has plans to try and replicate her sustainable, local self-sufficient community model, in other villages around Sirohi. While Gauri is ably assisted in her efforts by the core team that consists of Kartik Sharma and Tarun Nanda, she plans to get some help with the heavy-lifting, through a network of volunteers (or skilled Samaritans) consisting of foreign university students and corporate employees. 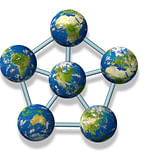 Reflection, reframing, resilience – 60 quotes on coping with a crisis