How does a first-time entrepreneur get it right: the Unicommerce Story 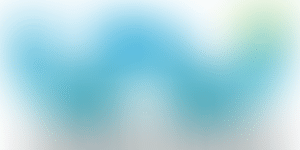 The growth of the ecommmerce industry in India has a spillover effect on other industries and has given rise to quite of a few ecommerce enablers. While payment gateways have been the main benefactors of this recent ecommerce growth, SaaS-based solutions, to better manage inventory, delivery and other aspects of ecommerce, are coming to prominence.

Unicommerce is one such company. Started by a few IIT Delhi alumni, the company has been making the right kind of noises which has landed them an institutional round of funding from Nexus Venture Partners. In a short span of a year or so, their SaaS product Uniware has earned the preference of industry giants like Snapdeal and Jabong.

With startups, a product goes through many iterations before maturing to a product that the industry finds benefit in. But for the large part, Uniware, their SaaS-based order management and fulfillment platform has been fairly mature since the time of its launch. What is even more interesting is that the founders Unicommerce were first-time entrepreneurs.How did they go about making such a mature product? How did this group of first-time entrepreneurs take such a product to market and how did they sign their clients? I spoke to co-founder Ankit Pruthi, to answer these questions and a lot more.

Ankit shared that the three co-founders, himself, Karun Singla and Vibhu Garg, were wing mates from IIT Delhi, batch of 2004. He says, “At the time when we were thinking of starting up, I had known the co-founders for a good 12 years. Most of us were in corporate jobs at the time, except Vibhu. He was working with iXiGo and being one of their earliest employees, he had quite a favorable exit. This was encouraging for us. We were also thinking of starting something of our own around the same time as well.”

So, the trio decided to quit their jobs around November of 2011, to decide upon which areas they would start up in - “Ecommerce was definitely on our list because there was quite a buzz around the sector at that time. We identified some areas in the sector which we could improve and we identified order management and fulfillment. Of course, we arrived at this after speaking to people from our networks who were working in ecommerce companies to understand the space better.”

And like any good startup, they had quickly worked on their product Uniware, and launched it in April 2012.

Starting up brings a whole host of challenges along with it. It was no different with Unicommerce’s founders either. Ankit says, “Starting up itself was a challenge for us. We were all married and even had kids. We entered entrepreneurship with an 18 months to 2 years time frame for things to work out. Luckily for us, we’ve seen some really good traction since the time we launched.”

Selling to ecommerce players and handling the marketplace migration

Ankit also shared that selling to an ecommerce businesses in the early days wasn’t easy - “We tried so many different things to earn the trust of our clients. We ran free trials, provided free support and what not. But because of this, our first four clients were good ones - HighStreetLabels, BlueStone, Jabong and Snapdeal. From then on, selling was a quite easy as our client base proved that we were selling something that was secure and scalable.”

The recent focus on marketplace ecommerce models also affected Unicommerce - “Now we had an initial set of good customers, but the whole industry was moving towards the marketplace model and people were shutting down warehouses. While that was a big challenge for us, it also provided us an opportunity. Not all the people moving the marketplace model would have a comprehensive merchant panel. This also opened up a whole new market for us, namely that of the merchants who have multiple channels of sales. We tweaked the product a bit and launched a private beta of the product a few months back. The reception has been great and we’re really encouraged. I think this is a huge opportunity.”

Along with focussing on the ecommerce industry, Ankit believes that Unicommerce has 2 large opportunities that it can capitalize on. He says, “I think there is an international opportunity that we see in the small scale ecommerce business abroad. Also, the Indian SMB space is very exciting. Currently, there are about 25,000 suppliers selling on online marketplaces and in the coming years, this number is going to increase tenfold.”

Ankit shared that raising funds from Nexus wasn’t a prolonged process. He says, “After our first media feature, we met with the Nexus. They liked what we had to offer and we essentially closed the round in a very short time.” He accredits this to the initial emphasis laid on product development. He says, “In the business that we’re operating, we’ve got to have the best product because when we present to our clients, they probably have an in-house solution to the problem our product solves and it has to be better than that. Also, there haven’t been many SaaS success stories from India, and beyond a point of growth, it’s unseen territories for us.”

Well, Unicommerce has so far been making the right kind of noises. Click here to know more about Unicommerce.