Korea: Land of the morning calm and global innovation 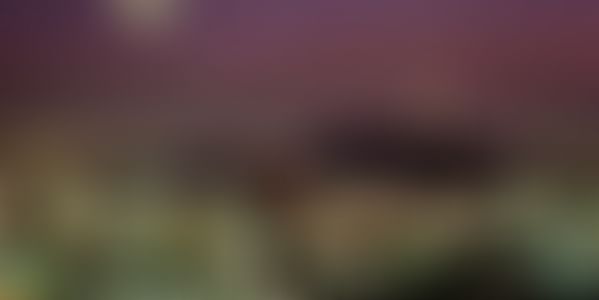 South Korea has been known for years as the leading broadband and wireless market in the world with the fastest Internet speed and highest smartphone penetration. Even the United Nation’s International Telecommunication Union (ITU) has declared South Korea as the world’s top technology market for the reasons listed above for a few years running. Korea led some of the first waves of innovations on the Internet from Nexon launching the first online MMORPG game in 1996 to Cyworld launching the first virtual economy and social network in 1999 to NHN’s Knowledge Search (user-generated search) launched in 2002.

The impact and knowledge about these innovations were limited to those in Korea, some in Asia, and technologists who visited from Silicon Valley to keep up with future trends that could possibly hit the San Francisco Bay in a few years down the road. After going through an innovation drought for several years, Korea is striking back as one of the central innovators of this new global economy. Samsung Electronics is the dominant mobile phone manufacturer in the world and LG holds the 5th position while both lead in various other categories in the electronics space.

A new wave of startups and innovation

For startups and cutting edge innovations, there has been a convergence of factors that have brought Korea back into the limelight. A biggest difference in this new era is the ability of these innovations to go global, in a short interval of time, versus being confined to Korea’s borders. The battle for mobile messaging dominance in the world was sparked in Korea and a new breed of entrepreneurs are able to go global.

KakaoTalk was a major innovator in the mobile messaging space that quickly moved beyond texting towards voice, and becoming a leading gaming platform on Android. KakaoTalk has more than 100 million users, with 20 million of them coming from outside of Korea. NHN, Korea’s leading Internet portal, soon followed with LINE but focused on the Japanese market and rapidly grew to 200 million and became the leader in Japan and Spain. Tencent’s WeChat followed KakaoTalk’s lead within the space but grew much larger due to its presence in China and now has over 300 million users. Both LINE and WeChat copied Kakao’s strategy to become an online distribution platform for games. The next battleground for all three players is Indonesia with over 250 million people and 44% of the population under 25 years old.

This new breed of entrepreneurs in Korea is typically bilingual, well traveled and more aware of cultural differences in online habits and design preferences between Korean and other markets. These were among the reasons I agreed to launch SparkLabs with Hanjoo Lee and Jimmy Kim. With each class, we get more and more excited about the talent and potentially world-changing companies that apply to our accelerator program. Startup teams from over 20 countries have applied to our program so far and we have 2 startups (one each from the U.S. and Singapore) in our current 2nd batch of startups in SparkLabs.

While there are many major trends going on around the world in the tech ecosystem, the following trends focus on Korea’s startup landscape.

E-commerce is roaring back

Korea is a small country with a population of 50 million but the sixth largest e-commerce market in the world where innovators have led the way from online marketplace, Gmarket, which was acquired by eBay for US$1.2 billion in 2009 to newcomer Coupang, which is in this month’s Forbes magazine, that generated over $650 million in revenues last year. For early stage startups, SparkLabs has placed its bets on three e-commerce players: memebox (beauty products), hey! Bread (gourmet bread), and Petsbe (pet products). Memebox was from our first class and they are a team of go-getters and excel at execution. They would at least triple the revenues from last year only in the 2nd year of operations while maintaining approximately a 1% churn rate of their subscription e-commerce customers. We believe their team and model can do well in a number of markets, such as Japan or China.

Leader in The Fast Fashion

Korea is not only 3rd or 4th largest market for many of the world’s top luxury brands in terms of revenues, but it is also becoming a leader in the fast fashion category. There is an emerging trend where luxury brands are exporting designs, expertise and trends developed locally in the Korean market to the other markets worldwide. From boutiques in NYC to the multi-billion dollar retailer Forever 21, many businesses have been built from Korea’s fashion ecosystem. We expect to see increased integration with technology and Internet-related ventures within this space.

Enrico Beltramini, Managing Partner at FT Accelerator and former Gucci board member, explained, “The fashion industry in Korea is pretty efficient. Chinese brands like to go and open stores in Seoul to test the Korean market and bring back home important insights from a sophisticated kind of customer.”

Online gaming is a mainstay of Korea’s startup ecosystem

Two of the six video game franchises in history to hit over one billion USD in annual revenue are from Korea and both are currently active (Crossfire by Smilegate and Dungeon & Fighter by Nexon). As a result of Korea’s success within the online gaming space, there is always too much noise among gaming startups, so the question is how do we filter out the noise to identify the next big thing? And how do good games get above the noise on various distribution platforms, especially since Kakao is maturing and top rankings don’t create instant success any longer?

Being the leading wireless nation in the world, it would almost be a certainty that mobile apps and analytics are a central area of growth within the startup ecosystem. This is an area of increasing activity that SparkLabs is watching carefully. This is reflected in some of the companies within our portfolio: WePlanet/STEP (smart personal journal app), MangoPlate (restaurant discovery app), DesignPlusD/MemoZy (memo app), and 5Rocks (mobile game analytics).

There are other innovative startups we have seen or have been involved with but we will save that for a future post.

Bernard Moon is the co-founder and CEO of Vidquik, a web conferencing and sales solution platform, and co-founder of SparkLabs, the leading startup accelerator in South Korea. He blogs at Silicon Moon.