Rajas and Ranis on three wheels 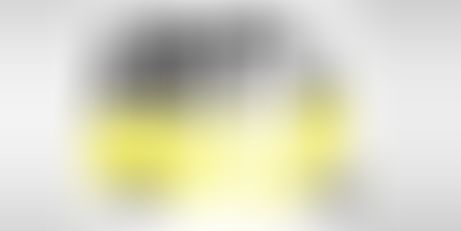 ‘One dream, two words, ten digits, and twenty lakh lives.’ To that statement of AutoRaja, you can add, ‘Three wheels.’ The story of AutoRaja, co-founded by Anubhav Agrawal and Aishwarya Raman, as a call auto service, began with a single Raja on April 1, 2013. “The concept was shared with over 100 drivers before one of them said ‘Yes’ to us! The driver-partner team then slowly grew to 13 by April 6, and in less than five months, we had over 200 Rajas,” Anubhav and Aishwarya narrate, during the course of a recent interaction with YourStory. “The count has been growing. An in-house tracking solution ensures the Rajas reach in time.”Prologue

Originally from Madhya Pradesh, Anubhav spent his undergraduate days in Tamil Nadu as a B.Tech. student in Computer Science at Vellore Institute of Technology, Vellore. He interned at IIT-M and followed this up with the job of an analyst at McKinsey Knowledge Centre, McKinsey & Co. in Chennai. As a non-native Tamil speaker, Anubhav faced many hurdles in finding an auto to go to work every single day of his two-year stint in Chennai. Learning about driver behaviour and a non-standard fare across the city, he began understanding the plight of commuters in general, and the lifestyle of the drivers. Newspapers and blogs mirrored the common public opinion: Auto drivers fleece customers; they are unruly; they are incorrigible! Anubhav wondered how the auto driver community, comprising more than a lakh, could be at fault uniformly. Would the entire driver community be so unreasonable as is reported and spoken about?

That's how his research into the auto-rickshaw sector, not just in Chennai but across the country, began. Anubhav met stakeholders from across the country, including founders of most other dial-an-auto service from Delhi to Bangalore, Patna to Ahmedabad. The idea began taking shape; interactions with investors, and policy experts helped formulate the business model, and lay the foundation for the future of AutoRaja, while defining a clear roadmap for social impact.

In the process, Anubhav met Aishwarya who had researched the driver lives only a couple years ago. Aishwarya pursued a BA in Sociology at M.O.P. Vaishnav College for Women, Chennai, and in 2011 moved to the UK for M.Sc. in Sociology at the University of Oxford. For her undergraduate thesis, she studied the lives of auto-rickshaw drivers using the lens of sociological imagination. With her research teammates, Aishwarya interviewed drivers across the four zones of the city as well as union leaders, customers, police, and other stakeholders. This study, along with the 2010 Chennai City Connect Foundation’s report on auto-rickshaw sector in the city, helped Anubhav and Aishwarya build a rudimentary business case for AutoRaja.

From mid-2012, Aishwarya and Anubhav interviewed experts in the field from union leaders and government officials on the one hand, to bankers, entrepreneurs, investors, and mentors on the other. Together, they constructed a model to improve the lives of the drivers by facilitating access to institutional finance, affordable healthcare, and education. With the goal of strengthening Chennai's paratransit – autos form the backbone of the city's immediate public transportation – the founders launched the dial-an-auto service, AutoRaja, in April 2013. This also marked the entry of the third founding member, Vineet (a VIT-ian, and formerly, with IIT-M and Robert Bosch).

The founders pride themselves at being the first and the youngest team across the country to attempt implementation of a holistic model especially in unregulated markets such as Chennai where there is nobody to monitor the driver behaviour or auto-rickshaw operations.

How has been response from the public so far?

Ever since the service went live on Facebook on April 5, 2013, the response from the public has certainly been overwhelming. AutoRaja had to quickly find and train Rajas and Ranis in almost all parts of Chennai Metropolitan Area in less than a month of starting the service. With over 55% of our customers being repeat customers, the number of trips has grown four times in the last 5 months. Further, the need for a proper call centre along with trip managers was quickly felt by the team. Today, AutoRaja is a ten-member team working out of Chennai's commercial hub, Parry’s, sponsored by the All India Bank Officers’ Association (AIBOA).

Data points about the industry you operate in.

Tamil Nadu has over 2.14 lakh autos registered. In Chennai alone, there are over 71k registered (+30k otherwise) that cater to 1.5 million daily commuters, forming the second largest mover in the city. The sector in the city has a market size of Rs 3,650 crore.

Production of auto-rickshaws in India has doubled between 2003 and 2010.

Contrary to popular belief, auto-rickshaws are the second safest motorised mode of travel (after buses) for pedestrians, in terms of contribution to fatalities, in both Mumbai and Bangalore.

How do you want to take your work forward?

According to the founder of GSF Superangels, Rajesh Sawhney, with thousands of autos present in each city, organising auto-rickshaws is a billion dollar opportunity. If operations can be managed efficiently, the entire transportation sector can be transformed. Tamil Nadu has a fine network of public transportation. If the auto-rickshaw segment can be streamlined, the advancements will see no bounds!

At the same time, as an entrepreneurial team, we recognise the challenges that abound this industry. 7 out of 14 call auto companies across India have either suspended their operations or shut shop, 2 could not see the light of the day. Educating and persuading drivers is a herculean yet surmountable task. Changing their beliefs is going to take time. With the support of the unions and the driver associations that have already been working tirelessly to protect the interests of the drivers, we believe we can bring about a change.

If the AutoRajas run with meters, what sort of opposition would it create amidst the other auto drivers?

The founders recognise the need to walk a tight rope between creating a financially-viable model for the drivers and an attractive proposition for the customers. Fare regulation and enforcement has been a challenge for governments across the world. It’s certainly challenging to address a problem that’s been in the spotlight for decades! And yet, we must realise that drivers are not incorrigible. To take them all along and educate them, whether Auto Rajas or otherwise, is our strategy.

How do you view the recent policy changes in Tamil Nadu?

AutoRaja is proud to have been invited by the Transport Ministry for its suggestion on fares and regulation. Our suggestion on fares -- 12/KM and that of issuing rate cards until meters are recalibrated -- have not only been accepted but also applied state-wide.

With regulation in place, it would be much easier for us to scale up, as one layer of complexity - that of convincing drivers to play at a reasonable rate - is removed already.

Do thorough research, read every document, and meet every stakeholder. Once you are convinced, don't ask, just start. If you don't act quickly, somebody else will. Find a co-founder who is as emotionally strong as you are. You would need him/her the most when you are down.

It sounds fancy, but leaving lucrative jobs and squeezing living expenses by 7 times while bootstrapping, is challenging. You would not be going to movies of your choice, you’d be skipping dinner plans with your friends, failing to keep promises to your concerned family. You must have complete belief in yourself before venturing, this is the only thing that would help you survive till you become self-sufficient.

Any other points of interest.

Leaving behind well-paying jobs to start a venture in an unregulated market and that too have a go with no experience in the service industry – is nothing short of crazy. AutoRaja, the social enterprise, runs on the savings of the founding team. Funds are required to run the call centre, track drivers, pay the trip managers and the recruitment teams, invest in branding and marketing, train and counsel Rajas and Ranis, and incentivise them to become more professional by the day. With the feasibility study coming to a close in a month’s time, the team has successfully proven the viability of the model in Chennai, and is now firing all cylinders to raise first round of investments from Angel and Impact Investors.

As is the case with nearly all the unorganised sector workers, the auto drivers of Chennai too are hugely indebted to moneylenders - financiers that exploit the drivers by charging exorbitant rates of interest. A perpetual need for easily available and accessible money and a lack of education makes drivers highly vulnerable to the acts of unscrupulous members of the advantaged community. At AutoRaja, we are exploring ways of extricating the drivers from the vicious clutches of private financiers by facilitating access to institutional finance – both micro and macro credit. We are also building partnerships with civil society organisations, with focus on affordable healthcare and education, to holistically support our drivers and their families. AutoRaja is also a platform for the integration of the sexual minorities and former sex workers into the mainstream.