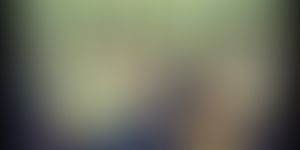 With the increasing number of startups in Indonesia, the need for good designers is also increasing. Startups need designs fast, and at an affordable price. They can’t afford losing time or money on the designs needs. Sribu is a startup from Indonesia which provides a crowdsourcing design platform to address this need of high quality designs at an affordable price. We recently spoke to Ryan Gondokusumo, co-founder of Sribu to know more about it.

The what, why and how of Sribu

Sribu is a crowdsourcing platform for graphic design, co-founded by Ryan and Wenes Kusnadi in 2011. It connects customers with a community of graphic designers through its online platform. As of today, they have more than 30,000 certified graphic designers. There are about 20 different design categories that Sribu caters to, which includes logo design, website design, packaging design, stationery design, sticker design, merchandising design, booth design etc.

Wenes, who graduated from STTS in Surabaya in 2001 and has 10 years working experience as a programmer, leads the product development and infrastructure division. Ryan graduated from Purdue University in 2006 and has worked for 7 years before starting Sribu. He looks after all the non technical work such as operations, marketing, human resources and investor relations. They have a small team of 13 at Sribu but they believe that ‘a focused team with solid teamwork and clear mindset’ allows them to move fast and efficiently.

“Our goal is to help businesses find the designs that they are looking for easily and at an affordable price. We also help designers to build their portfolios and reputations by participating in our design contests,” says Ryan.

Sribu takes 20% transaction fee and 25 USD posting fee as the commission from the package selected by the customer. The business did not come as easy as it looks, Ryan and Wenes have seen rosy and rough patches on their way to reach here today.

The early days of doubt

Ryan and Wenes spent most of their early days just building the product. Ryan shares, “We worked days and nights on our MVP. It was exciting because we were building something from scratch with our limited resources and knowledge, but at the same time we always had a doubt whether our product will be accepted by the market. Yes, we were newbies back then, and didn’t know how important market validation is.”

Things started to get better after they consulted a friend who had experience in building a startup. Through his learnings and sharing of experiences, they started to figure out new things that helped them get the initial traction, but it was still just the beginning. The real challenge was scaling the business. Things went well and, in Feb 2012, Sribu received seed funding from East Ventures and they used it to establish their presence and for their growth in the local market.

Promising internet market of Indonesia – why is it still difficult to start up?

Indonesia’s market sounds promising with a population of up to 250 million and internet usage penetration up to 55 million people but Ryan says that it was difficult to start an internet business here. E-commerce spending is only 6.5% of the number of internet users and this is due to low customer trust levels to buy online. Many people research online and purchase the items in physical stores.” For items that cost higher than 100 USD/transaction, such as Sribu, it is even harder to sell. We have to establish our brand first before convincing people to buy,” says Ryan. Another challenge is to recruit people with the startup mindset. Many of the Indonesians still prefer to work for big companies than working in a startup, shares Ryan.

Talking of the Indonesian startup ecosystem on the whole, he told us that the ecosystem is still at an early stage in Indonesia, but many new startups have started showing up since the last year. The number of investors, both local and foreign are still very limited. Without the right connections, mentorship and funding, these new startups will eventually wither away and die.

The presence of entity such as Rocket Internet is a good thing for the ecosystem as they help in educating the market, increasing the internet penetration level, and E-commerce spending. When the market starts to mature, it will drive more foreign companies to start investing in Indonesia.

Sribu aims to be the market leader in Southeast Asia

Ryan looks up to Zig Zaglar and shares one of his quotes which has helped him a lot in his journey of two years with Sribu, and believes that this will also help him in the coming years - “You will get all you want in life, if you help other people enough to get what they want.”