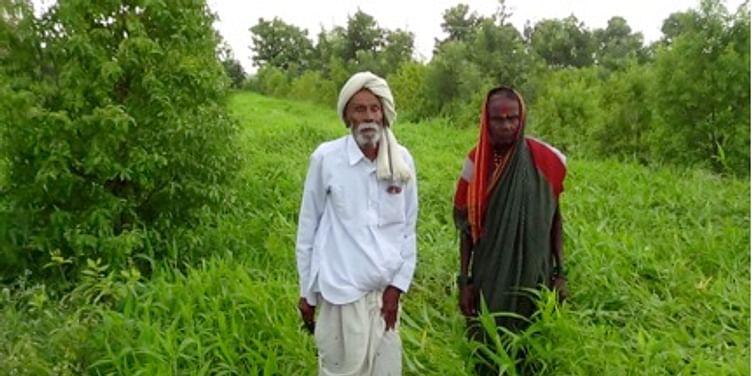 Ayyappa Masagi, an Ashoka Fellow, is founder of Water Literacy Foundation and Rain Water Concepts. An expert in rainwater harvesting and borewell recharging he is helping fight India’s acute water crisis and has touched the lives of 2 million Indians through his initiatives.

SocialStory’s Alessio Pieroni interacted with Masagi via email to unravel the story behind the man.

Tell us a bit about your background and how you started doing water conservation?

I was born to poor farmers in Nagaral Village, Gadag District, North Karnataka.

Despite the poverty and my father’s reluctance I got an education thanks to my mother who sold her gold so I could complete my Diploma in Mechanical Engineering. I joined BEML, Bangalore as a Mechanical Engineer before joining L & T Komatsu where I served for over 23 years.

From childhood I advocated and practiced water conservation that I learned from my parents who practiced techniques at home as well as in in the field. As a farmer’s son, I had the dream of applying science and technology for rural development. Guided by this dream, while still working with L & T, I purchased six acres of land in Veerapur Village in Gadag District, which I transformed into an R&D site. I wanted to prove to everyone that rain forest crops like coffee, rubber, etc. can be grown in the Deccan Plateau, and also prove that crops can be grown with what ever rain happens in that particular season, come flood or famine.

What was the biggest challenge that you faced?

The first two years of farming were highly successful due to regular rains. However, in the subsequent years, North Karnataka faced a severe drought and my crops dried up. Undeterred by this minor setback and mockery by neighbors and relatives and my wife (who called me Danda Pinda or waste fellow), I continued farming. But to my dismay the following year it was severe floods that not only destroyed my crops again but the flood engulfed my entire farm and I had to take shelter on a tree for an entire night. But my will power was too strong to give up for such setbacks. When needed there was no water, and when not needed, water is everywhere. Why not conserve this rainwater to balance this difference and save crops and farmers lives?

Powered by borewell recharging and non-irrigational agricultural techniques and with the blessings of my parents, I got a good harvest for two subsequent years by fighting flood and famine. This success was just the beginning.

I started spreading message about borewell recharging and non-irrigational agricultural techniques and how they benefit the farmers. My test on neighboring farmers and relatives’ farms too turned successful which gave me the confidence to reach a wider audience. I started conducting awareness campaigns, training programs, workshops, writing newspaper articles/books, and sensitizing the common people.

When did you decide to quit your job to start this business? Is there a particular event that made it happen?

I was working as a one man army and called myself as a water warrior, and helping farmers with non-irrigational agricultural practice and urban residents with roof top rainwater harvesting and borewell recharging. I did all this during the weekends when I was still working with L & T. I was perplexed whether to continue with L & T or find profound happiness by serving the nation. I chose the harder path of dedicating my life to making India a water efficient nation and dedicated all my time and energy on water conservation for rural, urban and industrial India.

This decision was severely criticized by my relatives, friends and particularly my wife. She had good reason because I had the responsibility of educating three girls and a boy. I wasn’t financially stable when I left L & T but I did not budge and continued my mission.

My biggest success came in the form of a project at Ardeshanahalli Village near Doddaballapur. Prior to my intervention, the water table in 2 km radius had been contaminated as one of the pharmaceuticals company. Using borewell recharging techniques I converted the contaminated water into potable in a short span of time. This project was so successful and famous that Sri. Rajendrasingh came down from Rajasthan to witness the impact. During the seminar, I expressed my hardships about choosing this path and owed the success to my parents for their love and teachings and my wife whose criticizing words rather than demotivating me motivated further.

Next day after the seminar, representatives of Ashoka – Innovators for the Public congratulated me for such a wonderful project and supported me financially by paying a fellowship of Rs. 30,000 per month for 3 years.

How did you convince your first customer to buy your product? Did you find it difficult?

Yes, I was extremely difficult because water conservation through rainwater harvesting and non-irrigational agricultural systems were alien to poor and innocent farmers. Many even thought I am fooling around and did not take me serious. To convince them I had to do lot of homework, extensive research and succeed at my farm with my ‘alien’ concepts first. This is what exactly I had done and built the trust with my first set of customers who were my friends and relatives who supported and motivated me during every step of mine. With every project, I met with the success I was expecting, and word of mouth spread and farmers started taking me seriously and approached me for consultation.

How are you funded? Are you self-sustaining?

In 2008, Ashoka approached me about starting a for-profit organization to financially boost WLF, as dependence on funding agencies wasn’t sustainable in the long run. This led to the launch of Rain Water Concepts (RWH) was launched in 2008.

Both RWC and WLF work on cross-subsidy model. RWC focuses mostly on gated communities like apartments, villas and layouts and industries. The profit earned would be utilized to fund WLF activities.

What was the biggest lesson you learn in those 19 years?

(1) Mahatma Gandhiji said “If the villages perish India will perish too. India will be no more India”. I learned and have been practicing that every Indian should give back (either through grants or in-kind support or physical work) to the betterment of the society particularly farmer brethren.

(2) When you want to do something good, there are people who want to hold you back or worst destroy you; yet it is the sheer determination, hard work and believing in yourself that will help overcome all obstacles.

(3) If you have some good idea in your mind for the betterment of the society then do not spend too much of time in implementing, Just do it! You will receive support from all corners.

A McKinsey report say that by 2030 most of India’s river basins could face severe deficit due to the increasing demand for water. Which is the role of social entrepreneurs in solving this problem?

This is a mammoth task that needs support from people ranging from beneficiary farmers and common citizens to urban residents, industry leaders, government officials, politicians and policy makers. Social entrepreneurs have a pivotal role to play by acting as bridge between every one. All the social entrepreneurs working in the field of water should identify sustainable solutions and advocate its importance.

Around 70% of India’s total water is used for agricultural activities and is sourced from rivers, stream, open wells and borewells. Here I would like to highlight one of my water conservation concepts known as non-irrigational agricultural system that drastically reduces the water consumption and even assures crop yield irrespective of flood and famine.

If every farmer understands and adopts non-irrigational agricultural systems in their farm, then water supply load reduces so much that rivers and streams would become perennial round the year.

I have thousands of success stories that demonstrate the need of replication of this concept to save water bodies as well as farmers. This is one image that was taken during a harsh dry season yet there are lush green fields.

My own farm last year when there was scanty rainfall in whole of Karnataka. I have grown drought resistant crops, which are more nutritious than wheat and rice but priced less.

And when it comes to urban and industrial India, if everyone does proper rain water harvesting and borewell recharging in their premises, then we can reduce the load on river and borewell water supply system. With every rainy season, we are retaining more and more rain water in the water bodies.

We know that people simply do not buy on the face value so here is the list of success stories of few industries:

[a] The dry borewell for years started to yield water in a span of 15 days and the lake constructed as a part of RWH is breath taking to see.

[b] Water quantity in the existing active borewell doubled

[d] As per the ACC survey, 17 dry borewells belonging to the neighbouring farmers have started to yield water

[e] Water table has increased so much that they keep their borewell and openwell ‘ON’ from morning 8 till evening 5 everyday and even in summer.

2] Payne India Ltd: We completed the project during the end of the rainy season. There were only 2 rains but now the borewell that was yielding 4K per hour is now yielding 8K per hour. Surprisingly, their neighbor’s borewell is getting more water than the company borewell. A good initiative by Payne India!

[b] Static water level increased from 100 Ft to 80 Ft in the 1st year itself. The lake project is so successful that Karnataka State Pollution Control Board Honorable Chairman, Dr. Vaman Acharyaji was very happy to personally inaugurate the Bisleri Lake.

[a] Totally water self-sufficient after the implementation of the project

[b] It is very important to note that almost all its neighbors are buying tanker water!

What actions would you take if you were the Prime Minister of India, to solve this situation?

I would stop river inter-linking and dam projects that require thousands of crore rupees which are mainly full of politicians, govt officials and contractors vested interest. They also cause lot of destruction to the already destructed environment. Instead I would make RWH mandatory at every possible property that does not cost as much as river inter-linking and dam projects cost. Plus they are environment friendly where forest land is not submerged under the water, farmers do not loose fertile land, effective silt control, flood is controlled, etc.

Apart from awareness campaigns, I would provide subsidy for farmers to implement non-irrigational agri systems.

How many people have benefit from your products in those 19 years?

Around 2 million people, and counting year on year.

What does being a Social Entrepreneur mean to you?

Being Social Entrepreneur means I am more responsible than common citizen. I have the vision of making India a Water Efficient Nation. This is a mammoth task and I need to train more and more water warriors who can fight water issues in the coming future.

How do you see Rain Water Concepts in 10 years from now?

I would see Rain Water Concepts and Water Literacy Foundation so powerful change makers that would become a household name and an influential resource organization for general public and govt for all water woes.

In about 10 years, we would work closely with govt, NGOs, SHGs, civil engineers, and developers and achieve good success rate in having

(a) One village One Lake with Lake Type Borewell Recharging Unit