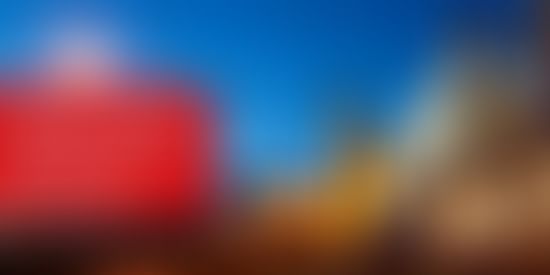 Initially when IVP started, the market was skeptical of its survival because of the high entry barriers in the verticals. “We in our endeavor also made some mistakes along the way, which is a part of the learning curve. However the experience had ensured that we now have a clear vision and have made our own niche space,” adds Kapoor. It took IVP more than a year and half with 16-hour work everyday to establish its credibility and get firm feet.

Trust is genesis of partnership

IVP has three partners including Kapoor with its Managing Partner, the team has over 35 years of international business experience. “The partnership was a natural progression of working together on assignments in previous firms and common entrepreneur streak,” adds Kapoor. Kapoor believes for a partnership to succeed there needs to be complete transparency and cohesion in the thought process between all partners having the same mindset. “We have over the last two years, seen our share of success along with our share of struggle and failures,” says Kapoor.

New trends in oil and gas, infrastructure and healthcare sectors

If we look at the last decade or so in terms of energy there has been a tectonic shift in the equation. Asia, apart from being a major consumer of energy has also become a major owner of energy assets and provider of energy infrastructure. Currently the likes of Reliance, Essar, Adanis etc are in competition with International energy majors for some of the largest assets worldwide. Domestically, undoubtedly there is huge deficit in supply of natural gas for local consumption, while supply is increasing due to various global factors such as shale gas discovery in the United States, the problem lies in inadequate infrastructure to transport the LNG from the port to the interiors of the country. Meanwhile, public infrastructure such as airports, public transport systems, including highways and metro have changed the way we commute. "I think we have just about scratched the surface and with a country as large and geographically diverse as India connectivity still remain a major issue,” adds Kapoor. Healthcare industry is currently valued at approximately USD 80 billion and is poised to grow at an average CAGR for the next 10 years at 21%, touching north of USD 280billion by 2020. This spur in healthcare is not only visible in metro cities but is evident in tier II and Tier III cities. Presently healthcare is a fragmented sector, which has seen private equity players playing a significant role to spur organic as well as inorganic growth, which has lead to a process of consolidation. There has also been a phenomenal growth in medical tourism to India, as well as exporting healthcare services to countries worldwide especially the African subcontinent and Middle East has accrued exceptional profits in this sector.

IVP works with leading energy, healthcare, defence and infrastructure companies in India and across the globe. In healthcare, it has tied up with leading health institute to treat casualties from Middle East along with take over of the complete operational management, of a 400 bed military hospital. In energy sector, it partnered with large oil & gas and power companies in India and abroad. “We are in the process of bidding of for a 100MW gas based power plant in the Middle East, with our partners,” says Kapoor. As far as oil & gas segment is concerned, IVP consults one of India’s largest private sector oil & gas company for exploration of a arge oil field and building of a 180,000bpd refinery. In environmental services the firm plays a major role in providing waste management and waste water management solutions to state governments in Iraq. “We represent a US based company to introduce revolutionary Personal Rapid Transport (PRT) system in Indian through a public private partnership. We also consult for foreign OEMs in the defence and aerospace sector, where we are involved in identifying Indian partners for joint ventures/ToT, as well as fulfill their offset obligations,” adds Kapoor.

Opportunities and advice for budding entrepreneurs

IVP sincerely believes that if your product solves any major pain-points, then it’s valuable to your client and you have the ingredients of a successful corporation. “The commitment and the drive for achieving your goal despite the setbacks is the key component to a successful venture,” adds Kapoor. The above sectors (oil & gas, defence, healthcare etc) are capital intensive and therefore due diligence of the business plan with clearly demarcated goals along with a clear view of the value you bring to your client will ensure a success for the entrepreneurial venture. “Also, projects in these sectors have a large gestation period thereby implying that patience is the key to success,” concludes Kapoor.