[Infographic] The Internet of Africa 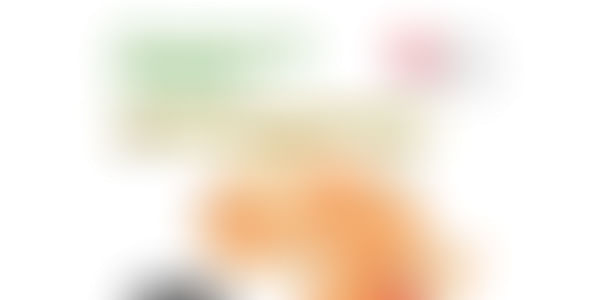 It’s been about 18 years since the world discovered Internet. At present, about 44% of the global population -- that is 2.2 billion people -- is online. Africa, though it has a population of 1.1 billion, only 16 % of them are connected. Estimates state that by 2018, almost 100% people of the world will be online, and that means, the 84% of the African population, who are not connected to Internet presently, will move online in the next four years.

According to the McKinsey Global Study on the Lions Go Digital released recently, the iGDP of Africa – iGDP is the measure of Internet’s contribution to a country’s economic gain – stands at $ 18 billion. This is expected to reach $300 billion by 2025.

The Promise of Internet

The report says that the African internet revolution has become a launching pad for a new generation of digital entrepreneurs. In Nigeria alone, Konga and Jumia have become major online retailers, Paga is emerging as a key player in mobile payments, and Jobberman has created a digital marketplace for employers and job seekers. In Mozambique, a startup called moWoza has created a more efficient supply chain by using text messaging and a smartphone app to deploy available taxi drivers to deliver parcels from wholesalers to informal traders.

Elsewhere, Mi-Fone has sold more than a million low-cost mobile phones across the continent, and ReKindle Learning, a South African startup, is developing personalized, interactive learning tools that work on simple mobile devices. For the first time, there could be effective content aggregation in the continent, driven by the likes of iROKOtv, a digital delivery platform for locally produced content.

Success stories like these are attracting global investors and spurring the formation of local angel investor and venture capital networks. Incubators are also springing up across the continent, from Kenya’s iHub to South Africa’s JoziHub to Cameroon’s ActivSpaces. Nigeria has produced two notable examples: the Co-Creation Hub (or CcHub) and the Wennovation Hub. In Ethiopian there is iceAddis. Microsoft recently announced a partnership with three leading African incubators to support startups. Financial services, education, health, retail, agriculture, and government have been identified as the sectors most likely to benefit from the improvements in internet infrastructure, the report said.

What Google is upto

Google is making one of its major moves yet into the business of providing Internet infrastructure, installing a fiber-optic backbone to dramatically improve connectivity in Kampala, Uganda. Google has just launched, Project Link to unleash what's possible when cities are connected to fast internet.

The solution that Google provides has virtually unlimited capacity and is future-ready. They collaborate with local providers to build a stronger web eco system. Ugandan city Kampala has been the testing ground for such an awesome treat of fiber-optics to boost data rates by a factor of 100 (up to two gigabits per second) in most areas of the city, which has three million residents. Right now 10 ISPs from the region have signed up to use Google’s backbone. It is not certain how much the end users would pay to use the service in Kampala, since the cost will be determined by mobile carriers and ISPs. The backbone connects cellular towers to new fiber lines that are, in turn, connected to larger fiber networks and undersea cables.

Apart from ProjectLink, Google had been successfully experimenting in South Africa on using TV white spaces for internet. Google also has another well engineered aviation drone which they call Project Loon that will beam internet all over the world.

Microsoft is also engaged in TV white spaces; even though Bill Gates was quoted saying that toilets are more important than access to the internet. Meanwhile, Facebook too is pushing for Internet.org.

Internet has become akin to a basic right. But what google and every one of its competitors are attempting to do is business in their best interests. In most case, there are big hurdles to be overcome. Regulations tied to physical infrastructure hamper investment altogether. Thankfully Google has learnt a lot of lessons so far while deploying its iconic ultra fast FTTH (fibre-to-the-home) network in Kansas.

As more countries go online, efficiency in the delivery of public services and the operations of large and small businesses alike would improve. The benefits of internet-driven productivity gains are not limited to web-based companies. Among small and medium-sized enterprises (SMEs), 75 percent of the economic impact of the internet has accrued to companies that are not pure internet players. In a global survey of 4,800 SMEs, McKinsey found that across all sectors, companies utilising web technologies grew more than twice as fast as those with a minimal online presence, generating more revenue through exports and creating more jobs.

The internet also creates tremendous value for consumers. Online prices are, on average, around 10 percent lower than offline prices as a result of the transparency provided by search tools, generating tens of billions of dollars of consumer surplus in the nations with the widest internet use. Above all, internet will enable Africans to keep in touch with friends, relatives, and customers; access public information and services; manage their health; and advance their education. As Africa grows more connected, millions will tap into information and opportunities that were once beyond their reach. They will gain a greater voice in their communities and enrich the world’s flow of commerce and ideas.