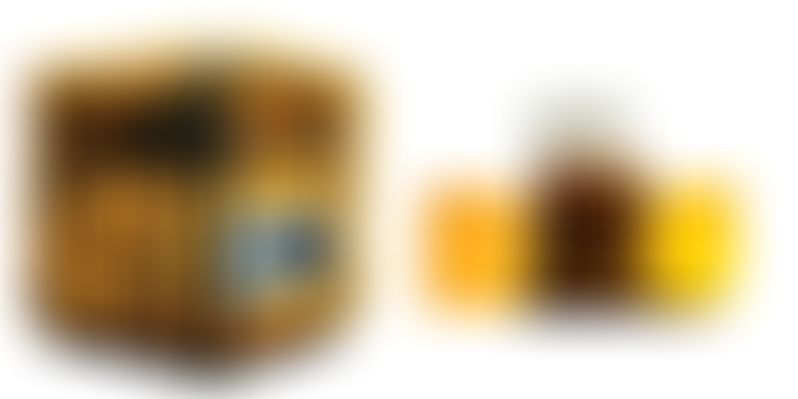 Bangalore-based Nikhil Velpanur is a serial entrepreneur who has spent most of his life tinkering with technology. He started ‘Strange Brew’, a youth magazine, when he was just 20 and still in college. He then founded letshead.to, which was a marketplace for discounted food and beverage deals. While both companies did not make a lot of headway because of a lack of funding, his entrepreneurial spirit never dimmed. He was part of the founding team of the INK Conference (in association with TED), helped setup the INK Fellows Program, and built inktalks.com.

Following this he set up Boiled Beans Inc, a technology business incubator. Sometime last year he decided to merge his company with that of his friend Arvind Nadig’s (LI2-Innovations, an education company) to work on technologies that will have an impact that lasts 10-20 years. They chanced upon the ‘magical’ concept of 3D printing. They decided to build a 3D printer from the ground-up.

Driven by discovery and necessity rather than inspiration:

Velpanur and Nadig didn't dream of building a 3D printer while growing up. Rather both of them were driven by entrepreneurial spirit. “We're all tinkerers, makers, hackers and counter culture purists. So I guess 3D printing is a natural extension to our spirit,” says Velpanur. Six months ago, nobody on their team had set eyes on a 3D printer before, but once they had made up their minds to build one, it became the singular focus of their lives.

They had only seen videos online and they wanted to test the 3D printer. The problem was that there were no 3D printers available here in India; importing one would have cost a lot of money. “We came across an open source community that had plans and drawings and schematics to build one. So in about 15 days we ended up building a 3D printer here. To see a digital file become a physical object on your desktop - was like witchcraft, sorcery or some kind of magic,” adds Velpanur.

Quickly he and Nadig realized the real opportunity to build their own dream printer. They started building one from scratch, by designing everything from ground up. Their goal was rather ambitious: to build the world's best 3D printer that was super-easy to use, and good to look at. At the INK Conference in Kochi in October last year, they unveiled their first 3D printer, the Brahma3 Anvil, which they built in three months.

Since neither Nadig nor Velpanur had seen a 3D printer before, they had to visualize and develop it believing it would work purely on the faith in their abilities. Ordering spares was also an issue as the minimum order quantity sometimes runs into thousands. Being bootstrapped meant they could only build one prototype at a time and that held them up often. “If we have to run a 72-hour test, we can't do many other things. And the printer is disassembled most of the time while work is going on,” points out Velpanur.

Building one from scratch in three months meant that they got very little sleep. Their biggest challenge was to build a 3D printer that was above the DIY (do it yourself) kits available globally and engineer a true world-class product.

Since then they have demoed the Brahma3 Anvil at several Indian and global exhibitions and have had a good response. ‘Wired’ magazine has called it “fabulous.”

“Our ambitions have exploded and we want to build the world’s best 3D printing company,” remarks Velpanur.

Brahma3 has already snagged quite a few pre orders. Investor interest has been high as well, but Nadig and Velpanur are taking their time so that they can sign up with an investor who understands and believes in Brahma3’s vision.

Brahma3 has a large build volume (240 x 240 x 240 mm) and can print objects the size of a football. It prints in high resolution, achieving a resolution of 50 micron per layer.

It has multi-material support like PLA (polylactic acid), ABS (acrylonitrile butadiene styrene), nylon and others. It supports temperatures up to 350o C and uses an onboard Android interface.

What’s next for Brahma3? “We're launching a revolutionary printer in March, and another in September, but it’s completely under wraps,” concludes Velpanur.