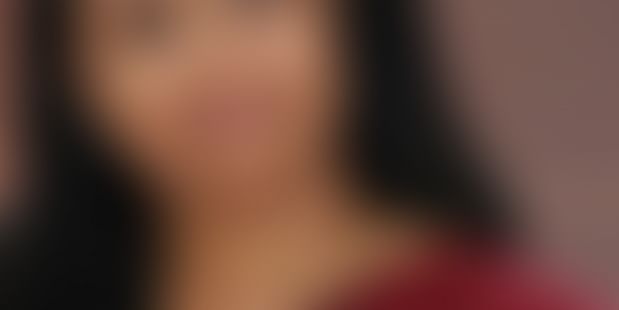 Sujatha Visweswara is the Vice President and Solution Delivery Head at Wipro’s Healthcare and Life Sciences division. Sujatha grew up in a conservative family in Bangalore, where her chances of higher education were very slim. But she was determined to pursue engineering given her love for maths and sciences. She eventually went on to do her MTech and had a long and eventful journey as a technical leader.–Her story is one of determination and single-minded focus.

Was groomed to get married

I was born in Hyderabad, but have lived in Bangalore all my life. I studied at St. Anne’s School on Millers Road in Bangalore, and later at National College. I did my Engineering from BMS College, and MTech from JNTU in Hyderabad. I come from a very conservative family, and my parents were opposed to the idea of their daughter studying engineering. They wanted me to get married as soon as I finished PUC. After a lot of coaxing, my parents agreed to let me have my way but with a condition. They would not send me to a college outside Bangalore. If I wanted to study engineering it had to be in Bangalore. Luckily for me, I got admission in BMS College.

Despite winning this battle, I got married in my final year of engineering. The only reason I accepted this proposal was because I found in my prospective husband an ideal match. He and his parents encouraged me to continue my education after marriage. I was lucky with the arranged marriage.

Studying for MTech while I was pregnant

I always wanted to be an engineer since my childhood. In fact, I was the first engineer in my entire family. I was a good student in school, and I loved physics and maths. One day a friend of my dad told me that I would make a good engineer, and that kind of stuck in my mind.

I did electrical and electronics engineering from BMS College. Two years later, my son was born. My husband constantly motivated me to pursue a Masters in Computer Science. Such was his belief in my abilities that I decided to prepare for the MTech entrance exam even though I had a small baby to look after.

My husband is a scientist with the Ministry of Defence on the missile project and we were based in Hyderabad for almost five years. I was building a few products for financial markets there, The work I was doing was not particularly exciting but I stayed the course till we decided to move back to Bangalore.

After moving to Bangalore, I worked for a year-and-a-half in Ashok Leyland. I was an Oracle developer. Later I joined Wipro. Looking back at the 23 years of my career, I do not find a single dull moment. My family has provided me great support; my husband has been my mentor all through my life, and has made me believe in myself.

After joining Wipro, I travelled a lot in India and across the world, but never have my son or husband complained. At Wipro I had the opportunity to work as a project manager and as a product manager. I like to explore new things and I am very curious. And Wipro provided me with excellent opportunities to excel. I have had many ups and downs within the organization, but those experiences have only served to enrich me.

When Wipro underwent complete organizational revamp three years ago in 2011, a lot of changes happened in many business units. I used to head delivery for e-enabling. At that point, e-enabling was merged with another unit. For close to two months, there was no clarity on my role in the organisation.  I feel that was the most challenging time for me. I was given a role which took me back by 10 years in my career. But everybody knew that I was capable of much more. During this time our SVP Sangita Singh was looking for a delivery head, and I was moved into Sangita’s division. I have been there for three years now, and loved every bit of that journey. Wipro has offered me a diversity of roles and each of those roles has opened new learning experiences for me.

One of my biggest achievements at Wipro was while working with an Oil and Gas Company in UP, I was heading a team which was building a very new solution for the market. This company won the best innovator award from the government that year. That was a very satisfying moment because we made the impossible happen in a very short span of time.

I have learned to dream big from my son

I have an only son, but my niece is like a daughter to me. Both of them practically grew up together. . My proud moment was when my son got into Google, and my niece completed her MBBS.

Google doesn’t recruit from local Bangalore colleges in India. My son was doing his computer science from PESIT. Right from his school, he was a focussed child. When he was studying engineering, he would tell me that he was going to join Google. He had a cable car on his table which represents the San Francisco cable car. Every day he would look at that and say I will go to Google in San Francisco. I would always tell him he was day dreaming. But he was so focussed. In his second year, he got selected for GSOC. And he did some amazing work for the Chrome team. Google’s interviews are very rigorous and tough, he underwent seven rounds of interviews, and was called to California for the final interview, and was selected. It was a very proud moment for me because to be honest I did not believe that he would get through. I have learned from my son that you have to continue to dream big.

Your professional development is really up to you

One must always learn to adapt. If you want to become a leader, you must take ownership of your own professional development. You must take inspiration from people around you. I am really inspired by two people; one is my mother and the other my boss Sangita Singh. My mother with her limited education was able to manage my father’s business perfectly. She is now no more. The other person I really draw inspiration from is Sangita, not because she is my boss but because the focus and perseverance she brings to her job is incredible.