How do you build a customer base of over 100 million in 2 years? The Newshunt story 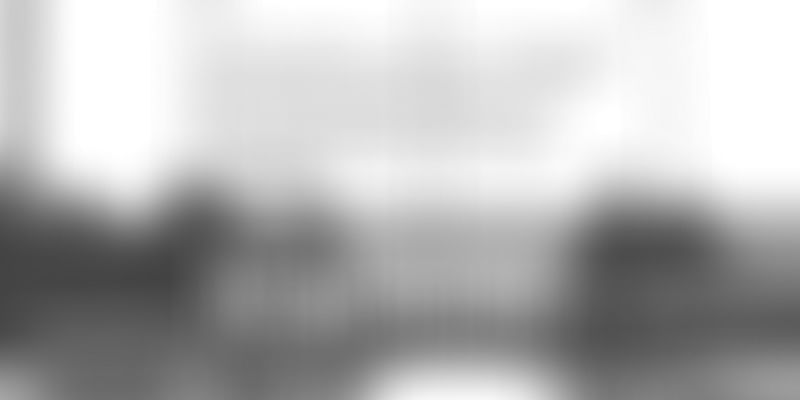 Two years ago, Virendra Gupta and his partners decided to pursue their dream of bridging the digital divide in the country by leveraging what they knew best -- mobile technology. With this intent, their venture Verse Innovation acquired Newshunt.

Bangalore-based Verse Innovation (Newshunt) is on a mission to empower the country to celebrate and read its own language(s) by delivering content to people in their native language. The Newshunt app brings regional vernacular content (both newspapers and books) from across the country to one platform. With over 36 million installs, Newshunt is leading the digital vernacular revolution in India today.

According to the 2001 Census, 30 languages are spoken by more than a million native speakers. Of the literate 74%, only 10% read English while the rest consume content in the vernacular medium. How do you preserve and provide local content to everyone in the mobile-first country? "We believe Newshunt is the solution for the market. We have ensured that we bring all the possible regional vernacular newspapers (100 newspapers in about 12 languages) on to this app. We have also painstakingly curated books written in regional languages to make the proposition richer. In fact, in just six weeks half a million regional books have been downloaded," says Virendra, Co-founder and CEO of Verse.

The market seems to be favouring Newshunt as vernacular media in India grows. A recent Deloitte study has indicated vernacular print market to be growing at 11% CAGR (versus 5% for English). To top it all, India has a total of 82,237 newspapers according to the Registrar of Newspapers for India (RNI). So naturally there seems to be an upswing in both the supply and demand for local content.

The voracious appetite for local content among Indians has found an outlet with Newshunt. The app has got more than 36 million installs with over one billion monthly page views. The only 'Indian' app in A C Nielsen's list of top 10 apps in the country (a list that includes the usual biggies like Whatsapp, Facebook and Youtube), its users spend more time on it than even Youtube and Facebook.

From vernacular to micro payment with iPayy

Taking forward their vision of bridging the digital divide, the Newshunt team is now resolving another pain-point for the Indian consumer. How to pay online? The team has come up with a micro-transaction platform, iPayy, which allows pre-paid users to use their credit to pay for content. The platform has directly tied up with the carriers for billing (let's not forget that credit card led transactions still remain a big challenge in the country), which includes three of the largest carriers -- Airtel, Vodafone and Idea. iPayy is also empowering merchants and small business owners to offer their services/offerings to customers who could not earlier think of transacting online.

Sticking together as a team

Hailing from Jodhpur, Virendra Gupta is an understated entrepreneur who avoids the spotlight but is full of enthusiasm while talking about his team. "We are a team which is obsessed with mobile technology and its impact on our country and similar emerging economies. We pick trends, customer preferences, actual market needs and other such continuously evolving messages by keeping our eyes and ears to the ground. We enjoy solving real problems. It keeps us going."

Virendra believes that a good team is built and stays, if you, as an entrepreneur, walk the talk yourself. He says, "It is not rocket science, it’s simple, you have to live what you preach. People are smart they pick cues from what you don't say rather than what you say. What is also encouraging is that smart product and engineering folks get excited by the problem we are trying to solve." Virendra's beliefs have been more than validated with almost zero attrition in the company.

"If you do the right thing for your customer and stand by him/her, the business gets built automatically," says Virendra, a philosophy that seems to have been validated by the constant top rating and review of the app.

Matrix Partners, Omidyar Network and Darby Asia are the investors in Verse. "Virendra is a grounded entrepreneur and is razor focused on execution. This is a stellar team that understands the app space, the challenges of vernacular language (this is not trivial) and the operator universe," says Vikram Vaidyanathan, Director, Matrix Partners. Vikram reiterates the fact that the opportunity in the vernacular market in India is many times larger than the English market across news, books and all media. He adds, "Verse-Newshunt's endeavour is to tap this underserved, mobile first and uniquely Indian consumer base. This is 'real India on mobile internet' and that's exciting."

Newshunt is aiming for over a 100 million installs in the next 12 to 18 months.

What is working for Newshunt? Our view -

Virendra sums up his journey so far with one line, "We are pursuing a good battle considering vernacular (the real India) represents a large market that needs full attention."