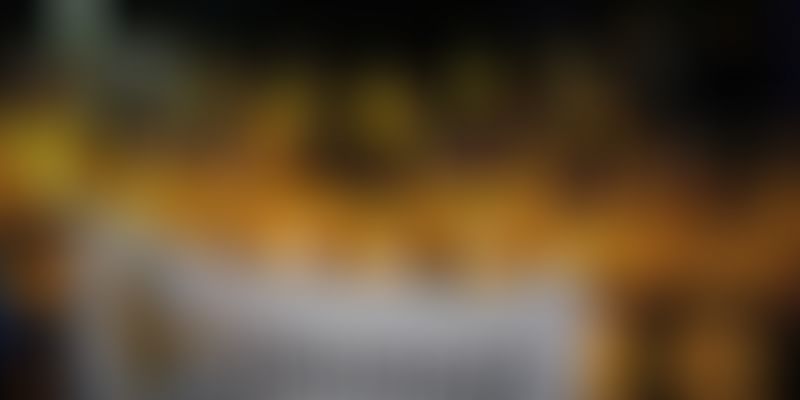 Assetz Homes, a Bangalore-based real estate development agency, sponsored a team of 35 international volunteers who were running the Whitefield Midnight Marathon in Bangalore in December last year. But this team was not a normal team: they were running to support Pollinate Energy, a Bangalore-based not for profit, which produces and sells low-cost solar lighting solutions to members of slum communities. This represents a collaboration between Assetz and Pollinate Energy.

We featured the story of Pollinate and their great distribution model that relies on converting local community members into micro-entrepreneurs, or what the organization calls ‘pollinators’. These pollinators purchase lighting systems from Pollinate, and then sell them to families within their communities. The innovative distribution model promotes impact on two levels, on one hand introducing communities to safe, renewable energy alternatives to the expensive and dangerous kerosene lamps that many of them depend on, and, on the other hand, giving select community members the opportunity to earn extra income through the Pollinate system of micro-entrepreneurship.

The 35 young people, dressed in matching lycra outfits, formed the Pollinate Energy team at the 10km event. Each one of them found their way in the dark with the aid of one of the Pollinate Solar lights. For every branded runner who crossed the line within 60 minutes, Assetz donated INR 1 lakh. Fourteen runners crossed the line in time – which meant 14 lakh to help Pollinate’s expansion plan to Hyderabad and Chennai in 2014.

This investment in Pollinate Energy represents for Assetz a much positive force for change in India’s urban poor communities, while also promoting sustainable technology.  According to an Assetz press release, it not only aims to elevate the lifestyles of its own residents, but also improve the lifestyles of those people less fortunate living within the city. Assetz believes in sharing the onus of socio-economic development and is committed towards social responsibility focusing on developing environment-friendly infrastructure, providing basic education to weaker sections of the society and towards encouraging various sports.