Are you making these deadly mistakes? 5 sure-shot ways to kill your startup 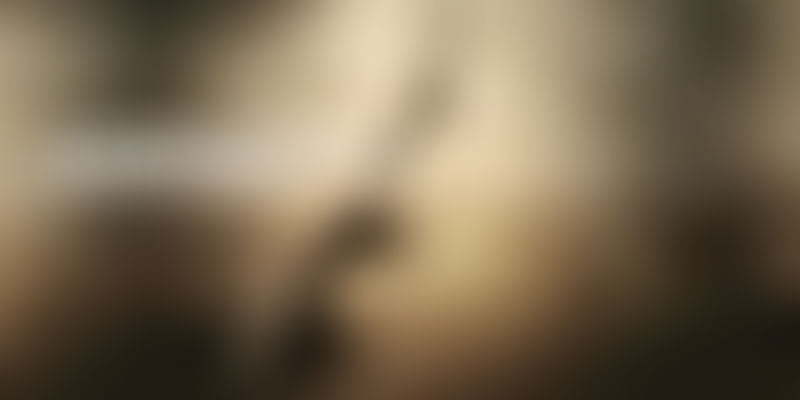 On Friday, news broke that Dhingana, a much-loved Indian music startup, shut shop. Speculation about it heading to the deadpool had been flying for some time. Well, a startup failing is not really news anymore, even in India. Startups have been mushrooming, and for every 10 that make it, 40 or more will die - that's the ratio worldwide.

Death is usually swift. The critical point is 1000 days – if a startup gets past its third anniversary, only then can it breathe a little easier, as seasoned VC Parag Dhol told us recently.

While the secret sauce to startup success is elusive, there are a few sure-shot routes to failure. Last month, Statistic Brain cited a few broad causes why startups tend to fail: 46% of failures are due to incompetence, while 30% are due to unbalanced experience or lack of managerial experience, 11% due to lack of experience in the particular field, and just 1% due to neglect/fraud/disaster.

YourStory picked the brains of some leaders in the Indian startup ecosystem on the deadly startup mistakes they've come across. Here are the top 5 reasons they cited.

1. Hands in many pies: Doing too many things at the same time is a sure-shot route to failure, according to VC Anand Daniel, Principal at Accel Partners. If you do not focus all your energies on getting that one product or service right, chances are that your startup wouldn't last till the second anniversary, he says. Getting too ambitious too early is dangerous, agrees Ravi Gururaj, seriel entrepreneur, mentor and angel investor. The resultant "lack of attention to usability and design early on" could sound the death knell. According to Karthik Reddy, co-founder and Managing Partner of Blume Ventures, "doing too many with too little money is futile and wrecks survivability."

2. Romance vs reality: Many early stage ventures fail to take their ideas to the next level because the founders aren't prepared for ground realities, feels Nandini Hirianniah, co-founder of The Morpheus accelerator. Over the last 6 years, The Morpheus has seen hundreds of startups and their struggles at close quarters. "Founders! Founders! Founders!," there lies the key, according to Nandini. "In India, startups and entrepreneurs are a fashion statement now. So a lot of people take the plunge without really thinking it through. And end up dropping out in 1-2 years," she says. "One of the founders or single founders taking on too much and failing on doing a good job on most of them," is another fatal mistake Karthik Reddy see often. Recently created co-founder teams do not stand up to pressure, he says.

3. Hiring and firing: According to Ravi Gururaj, you simply cannot afford to compromise on talent. You shouldn't get frustrated with the hiring process and take "lower quality folks" on board just because they say 'yes' to your offer, he says. In many startups, founders could be great technologists, capable of writing cutting edge codes. But they might not be equally great in leading the technology team, points out Anand Daniel. He has seen several cases where, despite a great idea, eventually the startup shut down because the founder didn't have someone efficient to tackle the business development or manage his technical team. In the same breath, he adds, "not firing fast enough is equally bad." OK, you hired wrong. Now, you really have no choice but to fire the non-performers if your startup is dear to you, he says. During the dotcom boom in Silicon Valley, what killed most startups in the e-commerce space were bad programmers, wrote venture capitalist Paul Graham.

4. Wrong scorecards: Particularly in India, we tend to fall for external comparisons, Nandini Hirianniah points out. For instance, if you are a SaaS startup doing reasonably well, somebody will always be there to point out another player in the market doing better than you. Your neighbour would be driving a swanky car which would be pitted against your worn-down vehicle. "This is about conditioning, a social construct. These external scorecards can often shake an entrepreneur's conviction. Some people are outliers, but most others fall into the trap of too much external input instead of focusing on their own internal scorecards," Nandini says. VC-backed startups also tend to give too much importance to external advice, instead of trusting their own idea that made them startup in the first place.

5. Cash mismanagement: You can grow very fast but if you don't manage the cash coming in or going out, you won't last, says Anand. Fine-tuning cash management is as important as fine-tuning your product and team. This is applicable across all sectors. "How much do you need to pay to get a customer, who will pay for the customer and can this model scale? These are three important questions you have to find answers for," Anand explains. According to Ravi, "too much money too early and too little money too late" are both equally bad for a startup. "Running out of cash and not planning at all for the eventuality that existing or new investors may not provide capital on time," is a pitfall that traps many startups, says Karthik Reddy.

There are several more reasons why an alarming number of startups fail. We shall keep returning to the subject at YourStory to help you learn from the mistakes others have made. Meanwhile, you can tell us whether you agree with these experts. What do you think are the fatal pitfalls entrepreneurs could plummet into?

Also, see this infographic by the amazingly talented Anna Vital on "How to Learn from Mistakes" (Source)