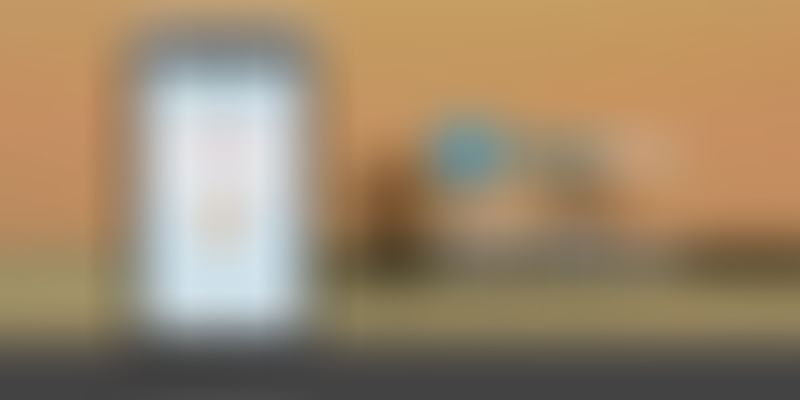 Smartphones equip us to remain in touch with the world on the go. We tend to unlock and see the latest Facebook notifications, Twitter updates and Whatsapp among several others repeatedly over our smartphones. To some extent we are addicted to our phones and researchers note that it could be detrimental to our health.

But don’t fret here comes BreakFree, an Android based mobile app for smartphone addicts. The basic principle of the app is to make users aware how addicted they are to their phones and helps reduce the same.

Developed by husband and wife duo Mrigaen and Nupur Kapadia, BreakFree was conceptualized over a discussion. “Once I was discussing with my brother-in-law how people are glued to their phones and how it’s become more of a reflex action to check their phones when they have nothing better to do,” says Mrigaen.

Later, the discussion led to the idea of developing an app which makes you aware of how addicted you are and makes you realize that there are more important things to do. BreakFree is a flagship product of Mobifolio founded by Mrigaen and Nupur. Earlier, the duo worked as IT consultants for Capgemini. “We always wanted to start something of our own, but didn’t do earlier as we were mostly stationed in the US during our five-year stint with Capgemini,” adds Nupur.

The impetus to actually go ahead and start something came when Mrigaen attended TechSparks, a YourStory initiative. “I decided to attend TechSparks which really motivated me to put my papers at Capgemini and dive into the entrepreneurial pool,” reveals Mrigaen. At that time the couple was expecting their first child.

BreakFree (link) uses a highly complex algorithm to check the phone usage and makes the user aware of this by converting it to an addiction score. The score is displayed on the main screen and is also updated in the notification menu.

“We have introduced a friendly but a tad bit exaggerated character called Sato, a baby monk, to communicate the results,” adds Mrigaen. With his witty comments Sato will keep the user on track. “We have a feature within the app where users can submit things that they want Sato to say,” he adds.

BreakFree also provides a wide array of tools like disabling the internet, rejecting phone calls, sending auto text messages, etc. to help users stay away from their phones. The entire Android development of BreakFree was done by Mrigaen while Nupur coded the entire website, including other aspects like video and graphics.BreakFree was launched a month ago on the Google play store and since then it is getting about 150-200 downloads on a daily basis. So far the company has amassed 4500 downloads with ratings of over four on the play store. “People are acknowledging the fact that with BreakFree they have realized how much time they were wasting on their phones,” says Nupur.

The duo plans to monetize the app with advertising and premium version (with additional features and add free). In the future, BreakFree plans to launch an iOS version and introduce more meaningful features to cut down unnecessary phone usage.

Our spin at BreakFree is quite satisfactory and it’s an interesting app for folks who are willing to give their smartphones a rest.