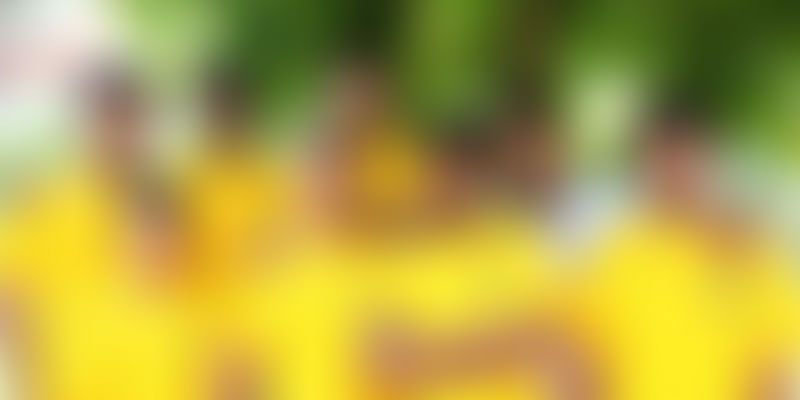 India has a huge potential as a market. With over 60% of the population under the age of 25 years, a big part of our population is still in schools and colleges. Access to education is one part but giving them cheap stationary is often another neglected part of the equation. To solve this problem, Shubham Aggarwal and Anubhav Goyal started Adister during their stay at IIT Roorkee. Here is what we wrote about them earlier.

They bring the cost of notebooks down by placing advertisements on them. They have managed to bring the costs down by 50% and in some cases over 50%; and it is still a profitable model. Shubham Aggarwal, Co-founder of Adister, said, "In our first edition, we could have given Rs.3 with every free notebook and we would have still earned a profit."

When they started, they had to face a lot of challenges, but they had their own ways of navigating through them. Shubham talks to us about some of those challenges.

"In the earlier days, the quotation for notebook manufacturing was very high and we thought of going to where the paper mills were located to get better quotes. It worked, and we were able to get much better prices. The other challenge was people did not take us seriously, so we pretended that we were just young recruits who had a ‘big boss’ in the office! Yet another challenge was telling parents about this. We never told them until we got DISCO(Disciplinary committee) threatening notice from DOSW (Dean Of Students Welfare). Later we told them that it’s a “project”."

Initially funded by B Plan competitions, Adister got seed funding from Mrs. Nupur Panjabi in July 2013 to start their operations. They are also raising money via crowd funding for the current edition of the notebook which is priced at Rs.18, while other notebooks of the same type (125 pages, spiral bind) come for around Rs. 30 to Rs. 50 in the market. Initially, they gave the first version of the notebooks for free.

After passing out from IIT Roorkee, they shifted their operations to Hyderabad but things didn't work out as planned and they had to move back to Delhi in December 2013.

In the current edition, they are manufacturing over 10,000 notebooks. The best thing about this is that they have hired three differently-abled people to manufacture these notebooks. So far, over 15 people have contributed to the crowd funding campaign and they have raised a total sum of Rs. 48,500. Contribute to the project here. Their total target for the campaign is Rs 3,00,000 and with this, they can then reduce the price of the notebook to Rs. 5 which in turn can be beneficial to the lower sections of the society.

At present, they have a team of five full-time members and four interns apart from three differently-abled people.

At present, they have a two-sided revenue model where they get sales revenue from notebook distributors and Ad revenue from the advertisers’ side. Looking at the demand and popularity of notebooks, Shubham says they get sold out within 2-3 days.

We think Adister is doing great work by making the most basic part of education affordable to all. And we can help them out by contributing to their efforts. Please visit the above link to contribute to their project.