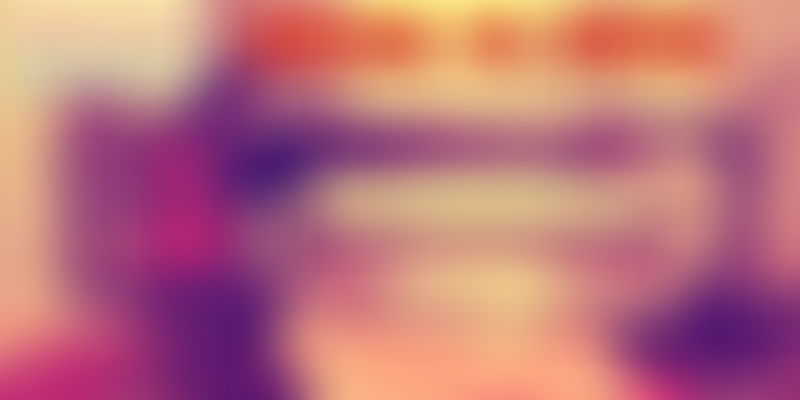 Dosa – the ubiquitous South Indian delicacy is loved all over the world. The golden and crispy crepe made out of rice and lentils is widely presumed to have originated from the temple town of Udupi in Karnataka. There are more than 30 variations of dosa based on the preparation and several others based on the fillings. The only thing common in the preparation of dosas is that they are all made manually. But, Bangalore-based Mukunda Foods is set to change that.

When Eshwar Vikas, a SRM University student, visited a restaurant in Delhi one day, he had an expensive dosa at INR 110. He was surprised by the high cost when compared to the price of the same in southern states.

“A McDonald’s burger costs the same throughout India. The KFC chicken costs and tastes the same too. Then why not dosa?” Eshwar asked himself.

The answer lies in standardization and automation. Food items like burgers and pizzas, etc are all manufactured, but Indian food products like dosa and poori are still prepared manually.

“The key is taking a preparation-based framework to a manufacturing-based thinking. When a food/product is manufactured, you remove the skill dependency involved in making that product,” Eshwar adds.

After this understanding, in 2011, Eshwar (Co-founder and CEO) along with his friend Sudeep Sabat (Co-founder and COO), set out to build a machine that could automatically make dosas at the touch of a button. They were 3rd-year students back in May, 2012, when they incorporated the company. They pitched their idea to Indian Angel Network where they were selected for the incubator which helped them refine the product. In 2013, the company graduated from the incubator, as did the students from college. To fuel their growth, IAN invested in Mukunda Foods in October, 2013. This round of investment was led by IAN investors Hari Balasubramaniam and P Gopinath.

How does the machine work?

While the initial product was 1m×1m long, the current version is just the size of a microwave oven.

DosaMatic works at the touch of a button. It comes with different thickness at which the batter can be spread to make the dosas. Thickness levels vary from 1 mm to 6 mm and the machine has a feature to control the thickness.

The user has to just put the batter into one container and oil into the other. After that, the user has to select the type of dosa he wants - thick, thin, crispy, uthapam or kal dosa. Press a button and the machine disperses the batter, spreads it, applies oil, and cooks it. Later, you can add any filling you want. Hot, roasted and tasty dosa is delivered to your plate in just 60 seconds.

The design of most parts of the machine are drawn as an inspiration from various sources, a bike stand, suitcase lock, water fountain, and an aquarium.

“The key is to always ponder over the problem you have, and you will get the solution from observation. It is no rocket science,” remarks Sudeep.

We visited the Mukunda Foods facility at Bangalore. Watch DosaMatic, the team and the manufacturing facility in action below:

Investment and the pressure to deliver

There are very few startups like Mukunda Foods in the ecosytem. Hence, the team has had to create a benchmark for themselves.

“We were lucky that IAN funded us. There are ‘n’ number of startups that don't get funded in the hardware space,” says Eshwar.

But being a niche and novel idea meant that there was pressure to release the product as soon as possible.

Normally, a company like Toyota takes 4-5 years to build their prototype. It then takes 1-2 years to come up with a commercial version and then the product gets into manufacturing.

“We did not have the money or the time to do that. By the time we got the investment we were done with the last prototype. But still there were 2 commercial prototypes to be done. We would have been late if we went the normal way. Thus we broke up the DosaMatic into various parts -- 234 to be precise -- and then we found those parts that had the least possibility of being changed,” says Sudeep.

Mukunda Foods claims to be the only company which did prototyping and manufacturing at the same point. This has helped them save significant amount of time and money.

“I think that the Angel and VC eco-system should concentrate on funding startups that are solving true problems, like logistics, traffic, manufacturing, trading, filed marketing and compliance,” suggests Eshwar.

“The government should also be more proactive in supporting startups. The much-famed schemes are only on paper. We have applied for various government grants, like soft loan from TIFAC-SIDBI. All of it is still stuck in a maze of files,” he adds.

The industry and market size

The Indian food processing industry accounts for 32% of the country’s total food market. Estimated to be worth USD 121 billion, it is one of the largest industries in India, and is ranked fifth in terms of production, consumption and exports. The industry employs 13 million people directly and 35 million people indirectly. It accounts for 14% of manufacturing GDP, nearly 13% of India’s exports and 6% of total industrial investment. At present, growing at more than 10% per annum, it is expected to touch USD 194 billion by 2015.

DosaMatic is targeting the smaller restaurants, and claim that the restaurant need not be dependent on skilled manpower if they use the machine which can make up to 500 dosas a day.

Challenges of a hardware startup

Hiring and retaining employees is a big challenge for the team.

“Employees in this domain are not interested in learning curves and professional responsibility etc. So motivating people is extremely tough,” explains Eshwar.

“Hardware domain is all about field work, right from manufacturing to field sales and purchases, etc. It’s a tough life, nothing like sitting in front of a system and coding. If running a startup is a marathon, then running a hardware startup is a double marathon,” he adds.

The team takes 4-5 enquiries every day. They have about 30 customers who have paid for the machines from Bangalore, Kolkata, Mumbai and NCR. The first lot of machines has been dispatched.

The team plans to:

The employee strength of the team today stands at 15 and the duo is looking for enthusiastic Marketing & Sales guys to join the team in addition to excellent product designers for R&D.

The team is also looking to raise funds in the next 6 months, for ramping up its manufacturing facilities, servicing and sales teams and also for working capital.

“At Mukunda Foods, we are happy that we are creating the country's first consumer food processing product that is built for the international market,” says the duo proudly.

“Oh! And did you know that the machine can also make pancakes,” they say almost as an afterthought.