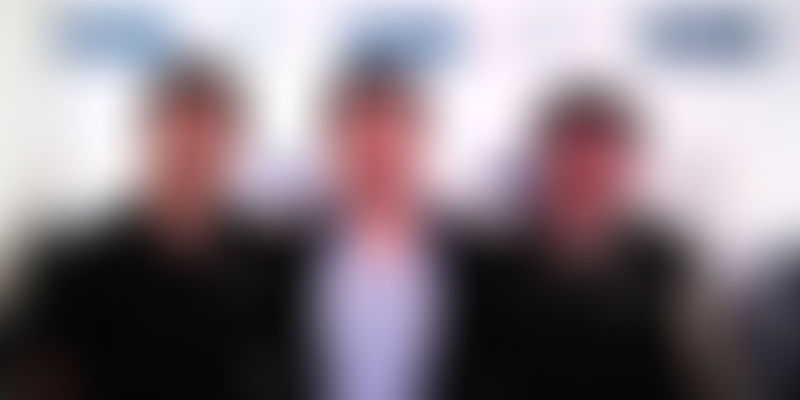 So, the worst kept secret is out and it's all official!

"It's a 100% acquisition." said Sachin Bansal, co-founder and CEO of Flipkart.com, confirming the much talked about Myntra-Flipkart deal.

Mukesh Bansal, founder of Myntra and Binny Bansal, co-founder of Flipkart were also present at the announcement held today at Myntra office.

Mukesh Bansal from Myntra is going to join the Flipkart board as a part of the deal and Myntra will continue operating as an independent entity. He'll be heading the fashion division at Flipkart.com. Both the parties declined to comment on the size or structure of the deal.

Do read our post on between the lines of the Flipkart and Myntra deal.

When we reached the Myntra office, Brian A, Corporate Communications at Myntra dropped in the room full of journalists hungry for news and requested us to be a bit more patient. He said. "Mukesh is going to address the media in some time."

In the auditorium, where the announcement was scheduled to take place, there were three chairs kept. Suspense of who all were going to be there and what's behind that purple curtain was built in the atmosphere, only to break in a matter of few minutes.

Though this might be more like the announcement of Narendra Modi as Prime Ministerial candidate by the BJP (which everyone was aware of). But the stage was all set for some obvious and some non-obvious announcements from the ecommerce giant Myntra.com.

There was already much anticipation and information out there about their merger with Flipkart, but there were several fundamental questions to be addressed.

What happens to the brand Myntra after the deal?

Both the founders have had their own dream chase for long. They had pivoted, grown and still have way to go. What does this mean to Mukesh Bansal ?

Ecommerce market in India is pegged at $2 billion and expected to grow to a whopping $20 billion market in next five years. Why not grow in verticals when there's enough scope?

We'll carry the answers to these questions and more in upcoming posts.

Meanwhile, here's a quick fact file of the Myntra-Flipkart merger.