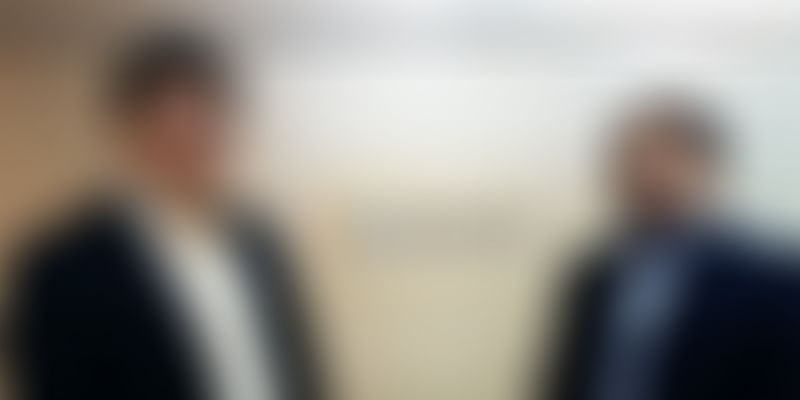 Building an enterprise company is a hard, long-term game. It also requires a solid domain expertise and some amount of experience is always helpful.

PRM Fincon is a Kolkata-based niche risk technology startup that works with banks. “We provide a range of solutions, products and frameworks to help banks better manage their risk, including credit and market operations,” says Premjit Chatterjee, director at PRM Fincon.

Premjit completed his MBA from Faculty of Management Studies, University of Delhi, and was most recently an AVP with the risk management team at Citibank’s Commercial Banking team. It was during this time that Premjit got the idea to start PRM Fincon.

Premjit got in touch with Prithwiraj Mukherjee who has more than 10 years of work experience in financial consulting and advisory services. Prithwiraj was also a senior of Premjit from his earlier days. Rupesh Chaudhuri and Arnab Dutta are the other two, who also come with a strong background in banking and technology respectively, to form the core team. The company was started three years ago in 2011 and has 12 people in the team.

Talking about the space, Premjit says, “The risk domain is something that not too many startups have focused on, this is mainly attributed to lack of domain knowledge, higher experience levels for management as well as long gestation period for projects.” However, PRM Fincon detected a few gaps in the space and believed that they could do a better job. Big global banks like HDFC, Citibank, etc. have complex management systems (risk, credit, etc.) which they buy from large software companies for an annual license that costs more than Rs 10 crores. The team at PRM Fincon believes that there are many small banks that don’t require such complexity and cannot afford such a high cost product. For this segment, they have developed a product which serves the purpose and also comes at a lower cost price of around INR 1 crore.

Although PRM is betting big on the product, their current revenue comes from their services projects which they undertake to get a better understanding of the gaps and also keep the cash coming in. “We have not raised funding till now. But it has been three years and hence are looking at raising a small round to reduce the dependency on services,” says Premjit. With a core competency in the area, the team is excited about the prospects. “The banks are quite excited to take a look at our products and services since we offer something that is new, innovative and easy to use unlike the existing banking applications which are slow and cumbersome to use,” adds Premjit.

The overall banking technology market is valued at around USD 84 billion (as per Gartner 2012 survey) and of this, the risk domain accounts for around 10% of the total spends. Larger players in this market include heavyweights such as Oracle, IBM, Indian IT companies such TCS, and Wipro. “This is the market we are looking to crack via a mix of products tailor made for risk management as well offering products which are easy on the eye and have a great user experience compared to the dull legacy applications that banks currently use,” says Premjit.

The target market for PRM Fincon is generally most banks and NBFC's. Small banks are a good fit for simpler versions of their enVision credit management suite, while banks with diversified and more complex operations (treasury, trade, investment banking and private banking) are better fits for more complex versions. “Moreover, we have pioneered the ‘pay as you grow’ model which allows smaller and newer banks to spend a small amount initially on the basic software but gradually scale up their investment in the software as and when their operations expand,” says Premjit.

PRM Fincon certainly exists in a space where there is less competition from startups but the fact that they’re selling to enterprises like banks makes it hard. Services are still plausible but when one talks about a product from a startup on which a bank has to rely on, it takes a lot of doing in terms of convincing the clients. PRM Fincon has made inroads with the clients it has but it’ll be interesting to see how they progress from here.