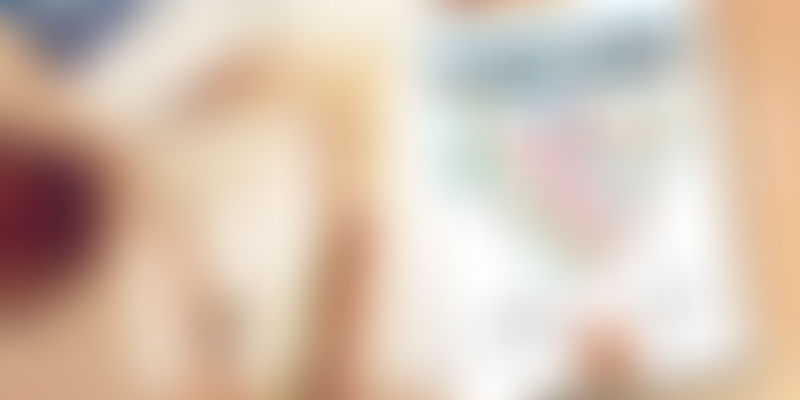 India has come a long way from a country of snake charmers to digital startups or ‘mousecharmers,’ according to blogger and innovation consultant Anuradha Goyal. Her 334-page book The Mouse Charmers: Digital Pioneers of India profiles 12 B2C startups in three categories: commerce, content and connectors.

India’s Internet ecosystem has come a long way since the early days of dialup Internet, email discussion groups and basic informational websites. Even today, broadband penetration and credit card usage are limited, but that has not deterred a new wave of startups from innovating their way to success.

More than 50 per cent of India’s e-commerce transactions happen in non-metro cities. More opportunities can be opened if digital content in local languages is increased. Cash on delivery, wide product range, mobile apps, analytics and comparison shopping help increase e-tailer business. Successful e-commerce players in India have a culture of continuous experimentation, along with a data-oriented culture for decision-making.

Flipkart (founded in 2007) has set the e-commerce benchmark and ensured a place in history for introducing online shopping on a wide scale in India. The company began with offering low prices and good customer service, and has now diversified to a wide range of sectors. Its 30-day replacement guarantee and EMI facility have been popular with customers, and its Bigfoot data platform and Smart Asset intelligence engine help conduct multiple shopping experiments in parallel. It has first tested some TV ads on social media, and evolved the slogan “Flipkart it.” It has set Domino’s Pizza, Airtel and Indigo airlines as service benchmarks.

MakeMyTrip (founded in 2000) began by targeting NRIs planning India trips, and launched its India operations in 2005. By then, e-commerce in India was picking up thanks to new airlines as well as sites like IRCTC. It started off with comparison shopping and now offers route planning, last minute hotel deals and SMS-based bus ticketing. Market insights include the fact that Indians tend to plan at the last minute, need Indian food while travelling, and are influenced by Bollywood locations. Its marketing partners include matrimonial websites for honeymoon destinations, and its marketing tagline is “Wish. Click. Go.”

BigBasket (founded in 2011) addresses the tough market of grocery shopping, with complicated needs like requirements for goods to be packed separately at different temperatures, and short shelf-life of products. A profitable segment has emerged with busy urban shoppers. The founding team earlier began with FabMall and FabMart, and has acquired insights into different shopping needs across Indian cities. Quality assurance and a high degree of automation in operations have helped as success factors, with new frontiers opening up in sharing consumer analytics.

CaratLane (founded in 2007) has helped customers go beyond local family jewellers for their needs and tap ‘the world’s largest collection’ of solitaire gems and innovative contemporary designs via the Net. Earlier, Tata’s Tanishq had transformed India’s jewel market via a trusted name in branded jewels. CaratLane sources directly from vendors, eliminating inventory and real estate costs. It educates customers about jewellery designs, hires gemologists in the sales team, forms partnerships with banks for outreach, and targets male as well as female shoppers.

The digital medium opens up a spectrum of local and global options for content providers in India, ranging from aggregated blogs to video networks. Content portals have a synergistic relationship with social media as well. Mobiles and crowdsourcing have accelerated startup action in content space in India.

Zomato (founded in 2008) started off by aggregating menus from restaurants in Delhi, and then spread to other cities around the world such as Dubai, Johannesburg, Auckland, Manila and Colombo. The team personally aggregates menus, but crowdsources the rating and comments to users. Users are divided into categories such as foodies, big foodies, super foodies and connoisseurs, based on the number, length, quality and authority of their reviews. Local variations arise in food choice and take-away practices. The company deals with spam and spurious reviews via solutions based on analytics as well as out-manoeuvring spammers.

Games2Win (founded in 2006) now ranks among the Top 20 gaming companies of the world, with a truly global user base of male and female gamers across PC, web, phones and tablets. It develops some of its own games (100 hours of studio development time, Rs 3-5 lakhs per game) and also outsources other development. Some games are long-term favourites, others ride popular trends such as cricket, Bollywood and even politics. Many games tap the demand of young women around the world for Indian content, especially about romance and marriage. Some of its experiments have not been successful (such as location-based multiple-user games). Success factors include the commitment to free (ad-supported) games, reused content across games, and tools like InviziAds (coded embedded ads). New opportunities can open up via educational gaming, and market research insights into gamer preferences in other domains.

ImagesBazaar (founded in 2003) has the largest number of ready-to-use digital stock photographs of Indian images. It adds 800-1,000 new pictures a day to its portal, via in-house studios and contributing photographers. Customers include ad agencies, corporate communication departments, SMBs, and MNCs entering India. It also offers micro-stock images at ShotIndia, priced cheaper than those of Getty Images and Corbis. Search and keyword tools help users locate images quickly. Next steps include video and interactive content.

Chai with Lakshmi (founded in 2011) is an online video news channel, featuring interviews with progressive change makers in India. Twitter chats help bring in audiences from social media. The self-funded chat show follows the concept of seasons as in the broadcast world, but could do more with the global 24X7 nature of the Internet.

Early C2C and B2C connector sites in India were Naukri, Sulekha, JustDial and AskLaila. Analytics will help drive the reach and usefulness of the new startups in this space.

Shaadi.com (founded in 1997) first launched in 1996 as Sagai.com, and now has become a global online matchmaker. Its insights have led to match categories for spouse-seekers such as preferred matches, broader matches and two-way matches. It has identified the ‘6 Cs’ of a successful marriage: compatibility, chemistry, commitment, community, communication and compassion. It has also launched the ShaadiLive.com blog and ShaadiTimes.com wedding planner site. On the social side, they have campaigned against dowry (Angry Brides game) and helped the Delhi Society of Deaf Women with matchmaking.

Rang De (founded in 2008) connects social investors with NGOs and grassroots fieldworkers, inspired by Nobel laureate Mohamed Yunus’ Grameen Bank for microfinance. It shares impact stories online via pictures, narrative and credit performance details. A range of lending is supported for sums of Rs. 5,000-15,000 – outright donations, lending with interest, or lending with nominal interest. Field visits and NGO credit verification help with checks and balances, along with live investor dashboards for transparency. Special campaigns have been launched at the time of the World Cup and Mother’s Day.

IndiBlogger (founded in 2007) goes by the motto Indian by Birth, Blogger by Choice – and aggregates content from thousands of bloggers in India. The directory and service gives a voice to the individual bloggers, and offers rating services, discussion forums, offline meetups and corporate event blogging opportunities. Its IndiaChange initiative channels bloggers advocating for social change.

Many of these startups tried outsourcing their IT requirements to outside vendors, but brought them in-house for better quality, control, security and agility. This helped carry out controlled experiments in a more rapid and fine-tuned manner.

More mobile broadband penetration and new online payment facilities (eg. the government-backed RuPay card payment network) will accelerate digital entrepreneurship in India even further. Supporting lobbies include IAMAI, but more initiatives will be needed to increase the proportion of entrepreneurs from rural India as well as women entrepreneurs, the author concludes.