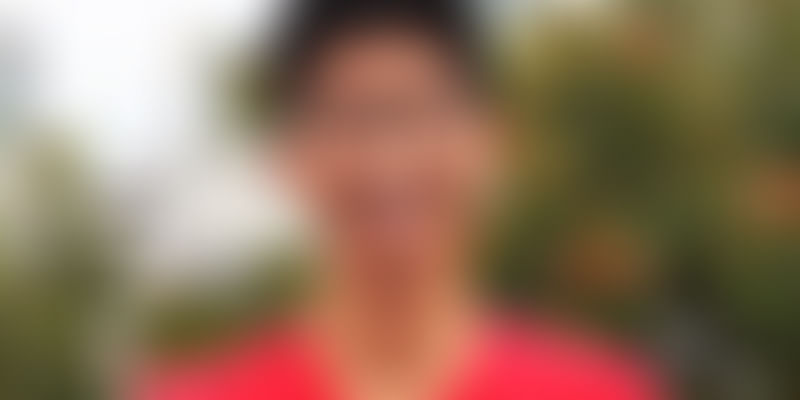 Brian Wong is the Co-founder and CEO of Kiip (pronounced ‘keep’), a category-creating mobile rewards network that is redefining mobile advertising through an innovative platform that leverages ‘moments of achievement’ in games and apps to simultaneously benefit users, developers and advertisers. Hailed as the youngest person to ever receive venture capital funding by CNBC and ‘The Wall Street Journal’, Brian is out to disrupt the way users interact with brands and technology.

YourStory interacted with Brian Wong to find out more about Kiip and his journey so far.

YS: Tell us a little bit about yourself? What was life like before starting up?

BW: I was born in Vancouver. My mom is a nurse and my dad an accountant. They immigrated to Canada in the 80s and started their lives from scratch. They are a constant inspiration to me, and have a work ethic that is absolutely unmatched. My dad started his own accounting practice and his entrepreneurial spirit is definitely something I was able to pick up on.

I ended up skipping four K-12 grades, then graduated from the University of British Columbia at 18 and went to work in Silicon Valley for Digg. When Digg had a rough patch, I unfortunately got let go, which was the impetus to start my own company in Kiip.

2. What motivated you to become an entrepreneur?

It was a combination of being a self-starter and environmental factors. I just happened to be thrown out into the real world so quickly at the age of 18, and found myself in an environment like San Francisco that provided me with opportunities that I’d never seen before. I also personally like to get things done very quickly, and the entrepreneur life obviously lends itself nicely to that style.

3. How did Kiip happen? What has the journey been like so far?

The genesis for Kiip happened on a long flight to Asia. I was walking up and down the aisle and noticed that everyone was playing games on their touch screen devices. I started dissecting them and noticed that there was one thing that was universal across every single game on the planet: achievements. I realized that in that moment of achievement (i.e. beating a high score, leveling up), people were in a moment of happiness. It hit me that the most effective way for brands to engage with people on mobile would be through some kind of a reward that augmented this happiness. But this reward had to be serendipitous – almost a surprise and a delight. That way we would be able to preserve the intrinsic motivation of wanting to play the game in the first place and not make it about the reward. Imagine leveling up, and potentially getting a free latte – it was that simple.

I was fascinated by the idea of serendipity while developing Kiip’s model. In mobile, I observed consumers had developed such an adversarial relationship with advertising that they were paying for it to go away in their games and apps. I wanted to build a platform that would reverse that relationship, and eventually I realized that allowing serendipity to find its way into mobile advertising would do just that. We crafted the Kiip rewards model to introduce rewards during a ‘moment of happiness,’ which established a connection between brands and consumers that was no longer an obtrusive, unwelcome experience, but a serendipitous, positive one.

After initially focusing on rewarding milestones in games, we had a bit of an epiphany a few years ago and realized that achievement moments exist in all kinds of apps. This was a mind-explosion event for us – it meant that the rewards model could extend to the entire digital ecosystem. Checking off an item on a to-do list, logging a run or a workout, bookmarking a recipe – we expanded our vision to include these everyday victories and reciprocate them with rewards. We now have several app channels, including gaming, fitness, health, productivity, food/cooking and music.

Today we work with major consumer brands, including Procter & Gamble, McDonald’s, Pepsi, Unilever, Skittles, Ford and others, helping them reach 60 million users across our network of more than 2,000 games and apps. We’ve raised $15.4 million in funding from IPG, Relay Ventures, American Express Ventures, Hummer Winblad, True Ventures, Digital Garage, Verizon Ventures and others, and are excited for what’s ahead.

4. Do you think age is a barrier? What are the other challenges you faced starting up?

Not at all. I view youth as more of a mindset that keeps you creative, curious and challenging the status quo. At Kiip, we embody this and pride ourselves on having a youthful mindset.

Age really is just a number. I personally try not to manage employees (especially those older or more experienced than me) but enable them. I want to be there to remove obstacles and to learn from them. I’m there as a colleague and not as a pure boss.

5. What kind of marketing strategies have you employed to grasp clients in this unique market?

We have always sought to differentiate our model from traditional mobile advertising, which interrupts the user experience. To do that, we’ve focused on creating a new category around rewards-based advertising, which not only respects the consumer by engaging them at key moments where they are receptive to brands, but reciprocates them with a reward for being awesome.

We’re also pushing tools out to make our technology more and more frictionless, including our self-service product for e-commerce brands and customers. Customers like Lyft, Uber, Hotels.com, Barkbox and Hulu use Kiip as an effective lead gen tool on mobile to boost customer acquisition efforts. We also work with IPG (an investor) and Publicis, two of the big four ad holding companies, to run campaigns with their agencies and brands.

6. How do you plan to grow in this market?

We plan to expand the reach of our rewards network internationally (we’re already live in the U.S., U.K., Canada, Mexico, Japan, Australia and Latin America). We’re also focused on continuing to grow our rewards network by getting more brands and developers on board while also expanding beyond mobile into connected environments. We actually recently announced a partnership with Mojio to reward everyday driving moments in connected cars, which we’re very excited about. We want to continue bringing reward moments to other daily experiences beyond mobile (e.g., wearables).

7. Tell us about your team? What sort of culture do you have in the office?

We have a fantastic team of Kiipers. We’re headquartered in San Francisco with offices throughout the world. Traba did an in-depth profile of our culture complete with video interviews with all our teams that provides a great look into what working at Kiip is like.

8. Looking back, what’s one thing that you wish you understood about entrepreneurship before you ever got started?

I wish I knew the full cycles it would require to partner with larger companies. Sometimes, in the perfect environment, it could happen at lightning speed. Most of the times, from turnover, re-org’s, to quarterly results -- you are at the mercy of time. To be properly built to succeed, you need to be able to be present constantly so that when the right time arrives, you can quickly provide the right solution.

9. What sort of entrepreneurial hacks have you developed to stay focused and productive day-to-day?

I love to travel. It’s a way for me to get inspired, look for new ideas and get recharged. I caught the travel bug in college when I was on an exchange program in Singapore for seven months, so I like that my work takes me around the world.

I’m a huge adrenaline junkie. I love to sky dive. I also get a rush out of being able to make my flights just in time. With all the travel I do, I like to think I’ve perfected navigating airports.