Much has been written about the success of Silicon Valley as the hub responsible for ‘the largest creation of wealth in history.’ From the days of gold mining and railways to defense and ICTs, Silicon Valley has gone through waves of changes – along with increasing immigration, free-thinking counter cultures in the San Francisco Bay Area, strong academia-industry partnerships, investor communities, and even a meritocratic ‘casual dress’ culture.

A number of other hubs have emerged around the world as variations of Silicon Valley: Silicon Glen, Silicon Fen, Silicon Ditch, Silicon Aires, Silicon Sauna, Silicon Souk, Silicon Coast, and even Silicon Plateau (Bangalore: or should we call it Silicon Traffic Jam!).

While such regions struggle for prominence and dominance, we celebrate the spirit of Silicon Valley and its legacy through the words of some of its pioneering entrepreneurs, and observers of the region’s success. Here’s my pick of Top 30 quotes about the Silicon Valley startup magic which will continue to spark creativity in innovators and entrepreneurs around the world.

May a million startups bloom!

“A ‘startup’ is a company that is confused about what its product is, who its customers are, and how to make money!” - Dave McClure

“Always look for the fool in the deal. If you don’t find one, it’s you.” - Mark Cuban

“An honest, open environment can bring out the best in people.” - Pierre Omidyar

“At the core of Silicon Valley is a passion for ‘yes.’” - Steven Levy

“Entrepreneurship is not only a mindset but a skillset.” – Mitch Kapor

“Great companies start because the founders want to change the world, not make a fast buck.” - Guy Kawasaki

“I just think people from Silicon Valley can do anything.” - Elon Musk

“If you want to be a visionary, go out and have some accidents!” - Tim Draper

“It’s very easy to be different, but very difficult to be better.” - Jonathan Ive

“I've probably failed more often than anybody else in Silicon Valley. Those don't matter. I don't remember the failures. You remember the big successes.” - Vinod Khosla

“Make every detail perfect and limit the number of details to perfect.” - Jack Dorsey

“Massive elimination is the most important step and the most neglected step for entrepreneurs.” - Tim Ferriss

“Money is like gasoline during a road trip. You don’t want to run out of gas on your trip, but you’re not doing a tour of gas stations.” - Tim O’Reilly

“Never miss an opportunity to be fabulous.” - Tina Seelig

“Not having a clear goal leads to death by a thousand compromises.” - Mark Pincus

“Observing is the big game changer in our company.” - Scott Cook

“Silicon Valley is a mindset, not a location.” - Reid Hoffman

“The biggest risk is not taking any risk.” - Mark Zuckerberg

“The natives of Silicon Valley learned long ago that when you share your knowledge with someone else, one plus one usually equals three. You both learn each other's ideas, and you come up with new ones.” - Vivek Wadhwa

“The secret to successful hiring is this: look for the people who want to change the world.” – Marc Benioff

“When you are at the top of the organisation, you quickly find out what a lonely place it is.” - Suhas Patil

“When you innovate, you’ve got to be prepared for everyone calling you nuts.” - Larry Ellison

“Without computer clubs there would probably be no Apple computers.” - Stephen Wozniak

“You have got to be willing to be poor as an entrepreneur.” - Sean Parker

“Your time is limited, so don't waste it living someone else's life.” - Steve Jobs 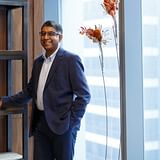