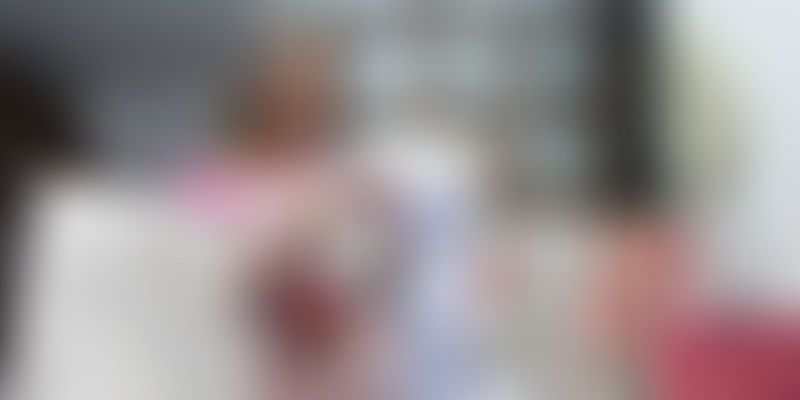 Kala Charlu channelised the pain of her daughter’s untimely loss in a road accident into a mission that has helped many women lead better lives.

For the last 5 years she has been the founder-trustee of an organization called Multiple Initiatives Towards Upliftment (MITU) that works on end-to-end menstrual hygiene management, as well as employment generation through upcycling.

Kala is an amazing individual. She has had an eclectic education. “I studied B.Sc. (Home Science) and have a diploma in dietetics. I also represented Karnataka in basketball and competitive rifle shooting. I am the youngest of five sisters and my father wanted us to have a varied and independent upbringing,” says Kala.

She moved to Bangalore 10 years ago to be with her then 90-year-old father after her husband retired. “My daughter had also moved to Bangalore with a young baby, so things seemed to fall into place,” she says, adding “I was doing unstructured charitable work to help cope with the untimely death of my 26-year-old daughter Maitreyi in a road accident – however, it did not give either me or the recipients the level of satisfaction I had anticipated. One incident really shook me – when I distributed sarees in a slum (I had donated other things there earlier) a number of unpleasant things happened. First, there was a near-stampede as people rushed to take sarees. Then the recipients were dissatisfied with the colours, the facts that there were no petticoats or blouses – in general there was a feeling of disgruntlement.”

Post these experience, she realised that she had to look at what she wanted to do differently. “It was then that I remembered the old Chinese saying of teaching a man to fish and feeding him for a lifetime, as opposed to giving him a fish, which would feed him only for one meal. It was then that I decided to start an organization of my own. And so was born MITU,” she says.

The response towards MITU has been good. “I got a good response from people known and unknown, who have contributed a lot by way of financial support, serving as volunteers regularly, as customers of our products or as recipients of our attempts to provide awareness about MHM practices and products. The work has been deemed worthy of press coverage as well.”

Her family and the world around her have responded joyfully to her career choice. “No,” she says, “I have never questioned myself about the choices I have made in life.”

Kala shares some of the milestones she has reached with MITU. “When I started the activities in April 2009 there were no clear objectives. Then I read about ‘Goonj’ and its work in the menstrual hygiene management (MHM) field. Initially, we attempted to make sanitary pads with old / tailor’s surplus cloth, but soon realised that these pads were not acceptable to users even if given free. So the focus changed to making bags and other useable items from tailors’ waste cloths, and supply low cost sanitary pads which were better for the environment due to lower chemical content. Our ‘Donate for Dignity’ campaign struck a chord and we were able to start supplying pads to girls in many institutions and government schools in Bangalore city,” she shares.

Kala adds, “In 2012, MITU got an opportunity to spread the MHM message to a school in Turuvekere taluk of Tumkur district and in 2014 we talked to girl students of all government schools in Molkalmuru Taluk of Chitradurga District. We have recently constructed manual incinerators for disposal of used pads in girl’s toilets in 17 schools in Turuvekere taluk and we have commissioned a pad making unit in Hattihalli village located in that area.

Financially, MITU has reached an annual outlay level of around Rs. 10 lakhs for the year end (31/3/2014). All the activities are funded mainly by donations, with sale of products supporting a group of about 8-10 women who make the items.

The biggest challenge of her life was loss of loved ones. “The death of my daughter left wounds which took a long time to heal. Then watching my 98-year-old father slowly lose his ability to connect to his surroundings due to sensory deprivation and become dependent on others for everything, was quite tough to handle. A loved person died very young and another lived too long!”

Her greatest source of strength was the sage advice given by her father on all her ventures and activities. “He always helped me see things clearly whenever I was unsure or confused. He helped me to focus on priorities,” shares Kala.

Is there enough being done for this cause in our country? we asked her.Kala says, “MHM has come on the active list of programmes being run by the government and there are people all over the country who are into this area. Yet there is a long way to go because many deep rooted attitudes, myths and taboos around menstruation have to be re-examined.”

Kala says, “Action is needed to change attitudes through education; on supply of affordable pads to promote hygiene and freedom of action during menses and on methods of disposal imposing the lowest burden on the environment.”

“Running MITU has made me realise that with passion, belief and sincerity, people can achieve wonders.I have had no education in management or accountancy or finance; so I have had to find my way to translate my ideas into action. I have learnt that help comes for worthy causes from many sides often unexpectedly so I’m grateful to be an instrument in spreading the cause of MHM,” she says.

As a woman Kala is most passionate about her family and her realtionships. She likes putting together large jigsaw puzzles. “I last did a 3000-piece Alpine mountain scenery. The best form of relaxation is to spend time with my family. I love playing for hours with my grandchildren,” she says.

Her future plans include seeing MITU become an organisation with values, systems and culture driving it – no longer a one- woman show. “We have restarted making cloth sanitary pads with wings and providing it to urban eco-friendly women in India and abroad who know the comfort of soft cotton fabric and are able to keep it spotlessly clean,” she adds.

If you know women like Kala Charlu who are out to bring change in the lives of other women, tell us about them. We are listening.