No Country For Women conference: seeking to address the issue of rape 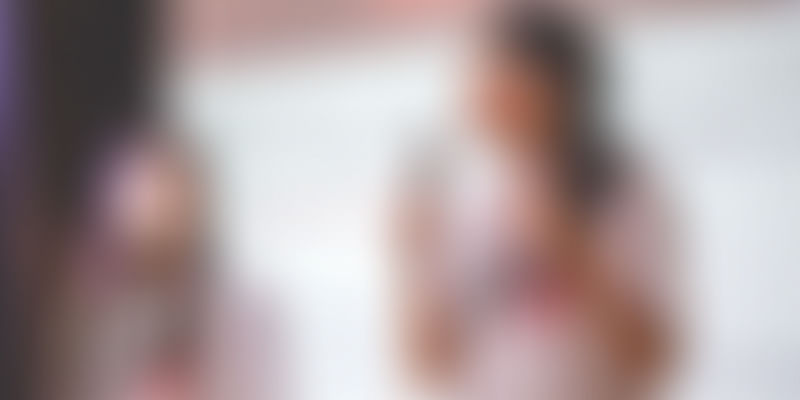 No Country For Women is a national campaign headed by three Brown University undergraduates — Shreena Thakore, Ria Vaidya and Rishabh Singh. Their efforts are directed towards fighting and altering problematic attitudes toward rape and victim-blaming in India through education, conversation and action.

There is a wide gap between the knowledge base of academia where the socio-cultural causes of rape are analyzed, and the space of activism where social change is actually executed. Due to this disconnect, changemakers are not equipped with the appropriate analytical and introspective tools to effect lasting change. No Country For Women aims to rectify this by firmly situating action within education. It makes high-level academic material on the causes of rape accessible to students, activists and aspiring changemakers, and facilitates its use as the basis for more powerful solutions.

No Country For Women Conference

No Country For Women is organizing a conference titled Beyond Rape: Locating The Self In A Gendered Society. The conference will take place on Saturday, August 23rd at the Leela Palace, Bangalore, from 10 am to 5 pm. It will facilitate in-depth introspection and analysis on the relationships between the individual, socio-cultural institutions and the systemic perpetuation of gender norms.

Those of you from these fields are encouraged to apply. Application for the conference is available here.

While all acts of rape are seemingly similar in their physicality, they are manifestations of various different social injustices. There are multiple cases of rape in which the victim is sexually violated without any direct physical pleasure to the violator, such as when a metal rod is inserted into a woman’s vagina. Additionally, there are cases where rape is used to inflict punishment on the victim or her family for an unrelated crime. Such cases shed significant light on the fact that the problem of rape goes well beyond simple sexual frustration. However, most conversation in India attributes the cause of rape to sexual frustration alone; this is superficial and limits the solutions that can be generated to combat the issue.

Every act of sexual violence is nested within a much broader network of other social imbalances. These include the deeply ingrained power imbalances in perceptions of men and women in society; the conflict between treating sexuality as a taboo subject and overexposure to hypersexualized imagery; cultural adaptation and reaction to rapid modernization; the fact that arranged marriages are the norm while marital rape is not illegal; politicians, police officers and even doctors trivializing rape or perpetuating victim-blaming, and more. These alongside a thousand other issues in society are all deeply linked to the problem of rape.

It is impossible to identify all the factors that come into play, but it is possible to start asking the right questions and broadening the scope of solutions. This is exactly what the conference will facilitate. It will allows individuals to explore the role of rape and gender within society, the formation of individual identity, the influence of social and cultural institutions, and how all these are deeply intertwined.

Participants will be equipped with the analytical and introspective tools necessary to understand how small everyday experiences from their own lives as well as seemingly insignificant cultural artifacts are all part of a network of social systems that contribute to the problem of rape.

No Country For Women Workshops

The workshops explore the impact of the power imbalance in social representations of gender. Gender norms are perpetuated by every aspect of our society, from literature to the media to corporations. This eventually leads to gender policing, which is a term used to describe when an individual is forced to conform to gender norms and faces consequences for failing to do so. Gender policing begins with everyday, seemingly innocent incidents (such as telling someone to ‘be a man’, thereby gendering what it means to ‘be brave’ and ‘do the right thing’) but eventually leads to terrible acts of violence. For example, the convicted in the Delhi Rape Incident of 2012 justified themselves by stating: “She was out too late; we were teaching her a lesson.” Rape here is a form of corrective punishment to enforce gender policing.

Gender norms are also sometimes used to justify crime; for example when Mulayam Singh Yadav stated “boys will be boys” as a counter argument to harsher punishments against rapists. This falsely implies that destructive and aggressive tendencies are intrinsic to men. It also implies that while girls can change what they wear and when they come home, boys will always be boys and cannot change their desire to rape. Such gender norms harm both men and women.

So far, over 500 students have been addressed; there are plans to address over 900 more students in the next couple of weeks. The most powerful thing about the workshops is that they create a formal space for discussion within institutions where the freedom to discuss such topics is often curtailed. Conversations about these issues have been treated with social stigma for far too long, and have even been banned in various educational and institutional settings. How much longer are we going to let the elephant in the room stay?

We are developing a workshop toolkit that can be distributed to schools and organizations all over the country. This will contain our teaching materials, the studies we’ve referenced, our pedagogical tools, educational philosophy and other general guidelines. It is constantly updated and modified to reflect our in-field experiences. It will help address spaces that we would not be able to access in person and empower others by giving them the tools to bring about change.

We have been invited to speak at TEDxLSR, a TEDx event being held in September at Lady Sri Ram College in Delhi. We will speak about the causes of rape in India, the disconnect between academia and activism, and the subsequent impact of this on the development and propagation of effective solutions. We will also discuss our own methodology to combat these issues.

To support our plans for expansion in order to create greater nationwide impact, we have launched an Indiegogo campaign to raise funds. These funds will allow us to fully develop and circulate our workshop toolkit, give workshops all over India, train volunteers to give workshops themselves, develop audio-visual and literary content that can explore the roots of rape, create more bridges between academics and activists, create more formal spaces for discussion on these topics, mentor budding youth activists and facilitate gender-based community projects.

Please feel free to reach out to us if you would like to collaborate, and please consider contributing to the cause.

About the Guest Authors:

Ria Vaidya, Shreena Thakore and Rishabh Singh are 3rd year students at Brown University, an Ivy League institution. They are directing the national campaign, No Country for Women, which attempts to fight and alter problematic attitudes toward rape and victim-blaming in India through education, conversation and action. They bond over a mutual love for ice cream and idealistic visions of a better society.